by Colleen Cancio
NEXT PAGE 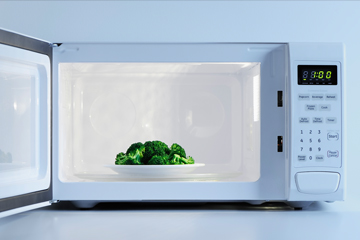 Do microwaves kill nutrients in food? They probably don't do any more damage than a conventional oven.
Daniel Loiselle/Getty Images

There's no denying the convenience of a microwave oven. How else can you take leftovers from frigid to sizzling in less than a minute? But what's the price for that convenience? Microwaves have been accused of causing cancer and killing nutrients in food. What are you, microwave oven: handy heat transfer tool or deadly denaturing device? Let's look at the facts.

For starters, we need to understand how microwaves work. Microwaves are powered by a magnetron, which sounds like something that would invade us from a distant galaxy in a movie starring Will Smith, but is really just a mechanism for converting electricity into short-waved energy [source: USDA Food Safety and Inspection Service]. Microwaves selectively target water molecules in food, causing them to vibrate and release heat quickly. In other words, they simply heat food.

It's important to keep in mind that pretty much all methods of heating food (i.e., cooking) can destroy nutrients, and each method alters flavor and nutritional content in its own way. Three basic factors in cooking are time, temperature and moisture levels. Generally speaking, nutrients in food are stable to heat unless the food in question is submerged in water [source: Center for Science in the Public Interest]. Most vegetables have a high water content naturally, so you don't usually don't need to add water when cooking vegetables in the microwave.

So, where did the idea that microwaves kill nutrients in food originate? A frequently cited study comes from Spain. Researchers there demonstrated that most of the nutrients in broccoli were lost as a result of microwaving [source: Vallejo]. However, the researchers didn't simply heat the broccoli in the microwave. They added water to the microwaved florets, which depleted the vegetable of its nutritional punch. (It also condemned them to a soggy and flavorless existence.)

Further evidence implicating water in the death of nutrients comes from a recent study that looked at the effect of various cooking methods on 20 different vegetables in terms of antioxidant capacity. What they found was that boiling and pressure-cooking led to the greatest losses, while dry cooking methods such as microwaving and baking retained more [source: Jimenez-Monreal].

A 2013 review looked at the data from more than 100 studies on the effect of cooking on vegetable nutrient integrity and found that steaming may be the optimal heating strategy for veggies, assuming they are not in contact with cooking material (water or oil) during the steaming process [source: Palermo]. It seems that water, not microwaving, should be blamed for low nutrient levels in microwaved food.

While there is little data to support the idea that microwaves kill nutrients in food, there is evidence to suggest it kills flavor, primarily because it's difficult to achieve crispiness in the cool environment of a microwave oven [source: Yeo].

Another important consideration with microwaves is that they don't always heat food uniformly. Microwaves penetrate food to a depth of 1 to 1.5 inches (2.54 to 3.81 centimeters), with the rest of the food being heated by conduction of heat beyond that level [source: USDA Food Safety and Inspection Service]. You can maximize the uniformity of your microwave heating efforts by stirring food or turning it over periodically. Remember, you need less moisture in a microwave because there is less evaporation during the cooking process [source: American Chemistry Council].

Though the microwave oven is much maligned, it is also heavily used, with 96 percent of American households reporting that they have one [source: U.S. Census]. Microwave ovens have made a huge impact on society for their convenience, but they're also responsible for a lot of soggy meals. We'll let others judge whether that's a fair trade-off. But one thing is clear: Microwaves are no guiltier of killing nutrients than conventional ovens. 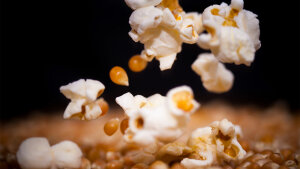 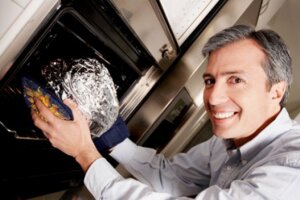 What if I put aluminum foil in the microwave? 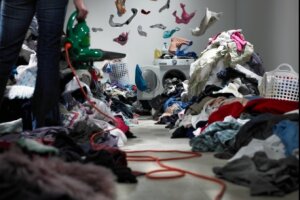 Top 10 Appliances We Can't Live Without