How to Downsize a Recipe 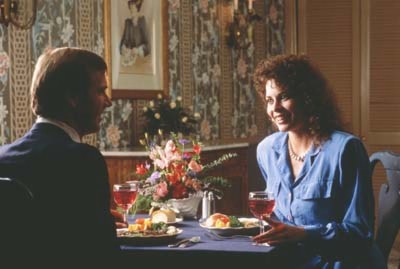 Cooking for two instead of twenty can still be worth the effort. See more pictures of easy weeknight meals.
Photodisc

The problem with cooking for one or two people isn't that it's a difficult task -- it requires only basic math skills and adherence to a couple of cooking rules. The problem is that we think the work of cooking isn't worth the trouble for only one or two.

In other words, it's our attitude that's the problem. Most of us cooked for families for years, so cooking for one or two may exaggerate our "empty nest syndrome." Or, if you're the only diabetic in your family, you may think that you have the daunting task of cooking two meals: one for you and another for the rest of the family (although that's probably not necessary). Either way, when faced with cooking small amounts, we may ask ourselves, "Is all of this fuss worth it?"

The answer is, of course, a resounding "yes." No matter the reason you're cooking for one or two, the fact is, you need healthful, wholesome meals every day, particularly if you're diabetic. And the good news is, apart from changing your attitude, you don't have to do too much to most recipes to make them suitable for one or two.

It's true that cooking and baking -- and baking in particular -- are true examples of chemistry in action. (Forget what you thought in high school: You really do use chemistry "in real life.") The final product is a result of how the ingredients interact with one another and with heat, so amounts can and do make a difference. Because of that chemistry, recipes are not infinitely shrinkable or expandable, and that knowledge can be intimidating when you want to make dinner for two but your recipe serves six.

Having said that, however, keep in mind that some recipes are going to be more problematic (of course), and it may take some experimentation before you get it right. Some pros recommend halving a large-yield recipe the first time you decrease it, just to see how it goes. The next time you make the recipe, halve it again. If the end result tastes good, you have success.

Baked goods will require more experimentation, because there's a mysterious alchemical dance that occurs among the leavening agents -- the baking soda, baking powder, yeast, egg whites, et al -- and the flour, sugar, and other participants. Sometimes, it may be worth it to simply bake the original recipe in small, single-serving pans, and freeze what you can't use right away.

Gelatin has its own unique characteristics. If you're making only half of a gelatin recipe, use a little more than half the water called for. For example, if the recipe calls for 3-3/4 cups water, use 2 cups.

Knowing how to decrease the yield of a recipe opens up a world of food choices, and the more varied your diet, the easier it is to eat well. Now we just have to work on your attitude.