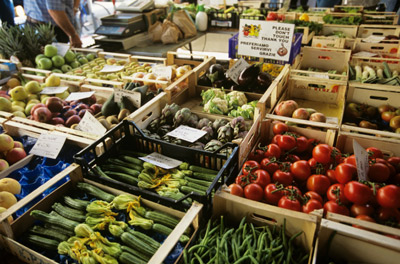 Vegetable Image Gallery Locavores aren't loco -- they just like to eat food that has been grown locally to help the environment and the economy. See more vegetable pictures.
Tom Brakefield/­Getty Images

­Wo­uld you give up your morning coffee or even treats like chocolate if doing so helped the environment and the local economy? A growing number of people are willing to make such culinary sacrifices for the sake of their environmental and economic principles. They call themselves locavores or localvores and they limit their food supply to what is grown and produced within a restricted radius.­

You'll notice that the word locavore sounds similar to carnivore or herbivore. Just as carnivores eat meat and herbivores eat plants, locavores only eat foods that have been grown locally.

­The locavore ­movement challenges people to buy food grown within a strict radius of where they live -- be it 50 miles, 100 miles, 150 miles (80, 160, or 241 kilometers) or within a state's border. Some homesteaders even jokingly call themselves "yokelvores" because they only eat food that comes from their own backyards. But before you pull out your compass to determine your radius, it's best to know that not all locavores are so rigorous with their definition of what's local.

The idea of committing to eating only locally produced foods has become trendy in the last few years -- so trendy in fact that the word "locavore" was chosen as the 2007 Word of the Year by the New Oxford American Dictionary [source: Oxford University Press].

­But why has eating locally become so popular? Does a locavore diet really help the environment and support the economy? In this article, we'll explore the history of the locavore movement, learn why people become locavores and find out how to eat like a local. 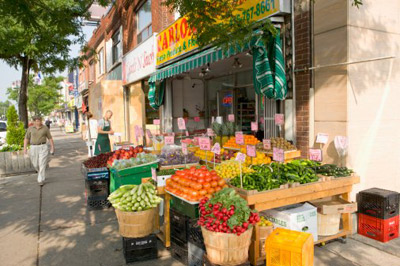 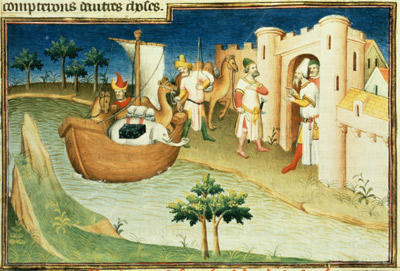 Some locavore follow the Marco Polo rule -- they eat local foods but allow spices and dried foods that sailors could have carried on ships.
Boucicaut Master/Getty Images

Although some locavores may choose a vegetarian or vegan diet, most have no dietary­ restricti­ons beyond those imposed by their location. Generally, locavores forgo mainstays like coffee, chocolate, bananas and olive oil that come from warm climates and travel long distances to market. They also give up other staples like salt and spices, wheat and beer (if there are no local sources of barley and hops) depending on whether such items grow in their part of the country.

­But not all locavores follow the rules in the same way. There are three general types of locavores: ultrastrict, Marco Polo rule, and wild card.

Ultrastrict locavores avoid all ingredients that have not been grown and produced locally. Marco Polo rule followers incorporate dried spices into their diet -- items sailors could carry along while at sea -- but keep all other ingredients local. Wild card locavores are less restrictive. They bend their foodshed to include coffee, sugar, chocolate or any ingredients they feel they just can't live without [source: Tep]. The wild card locavore diet is the movement's most accessible. Some locavores rationalize their coffee fix by purchasing only beans that have been certified fair trade.

­­In the next section, we'll discuss reasons for becoming a locavore, find out where locavores shop and learn if they have any secrets to finding tasty tomatoes during the winter months. 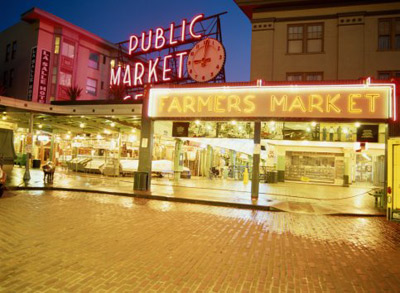 Many followers of the local food movement frequent farmers' markets like the Pike Street Market in Seattle.
Jerry Driendl/Getty Images

There are man­y reasons to try a local food diet. Some people become locavores because they want to support their local farmers and economy. Others want to reduce the size of their carbon footprint and make a positive impact on the environment. People also become locavores for health reasons or simply because they believe that local foods taste better. Many locavores find that their diet helps them learn new things about the food they eat and the community where they live.

Since there is no clear-cut definition of what's local and what's not, many locavores use a 100-mile (160-kilometer) radius as their guide. Supermarket pro­duce purchased by people in the United States travels, on average, 1,300 to 2,000 miles (2,092 to 3,218 kilometers) from the farm to the store [source: ATTRA]. This travel time is called food miles. Food grown and purchased locally accumulates fewer food miles. Produce that is considered local is usually sold within 24 hours of being harvested [source: Eat Local].

Depending on where you live, there are many options for buying local food. Locavores shop at farmers' markets, roadside and farm stands, winter markets, food cooperatives (or co-ops), community supported agricultural groups (CSAs) and sometimes at supermarkets, just like the rest of us. Some local food movement followers even maintain their own gardens.

Some locavores can and preserve foods to supplement seasonal offerings.
Sarah Leen/­Getty Images

­Farmers' markets are one of the most important shopping venues in the local food movement. Farmers sell their meats and poultry, dairy, eggs, produce and other items to local consumers. Shoppers also have the opportunity to talk to the farmer who grew and produced the food being sold and ask questions about pesticide use and farming methods. The United States has more than 4,000 markets and a 2006 U.S. Department of Agriculture survey found sales at farmers' markets increased from $888 million in 2000 to $1 billion in 2005 [source: CNN].

Community supported agricultural groups allow locavores to forge relationships with local farmers. Interested parties invest in community farms and, in return, receive weekly baskets of vegetables and other farm products. Some CSAs also ask that members work a few hours a week on the farms during the spring through fall. To find CSA farms near you, look through the listings at Local Harvest.

But not all mainstay fruits and vegetables are in season year-round. To supplement fresh seasonal offerings, many locavores try their hand at freezing, preserving, canning and drying fresh produce during the growing season.

To learn more about local and organic foods and calculate your own 100-mile radius, look at the list of resources on the following page.­

Study: Cows Grow Bigger, Give More Milk After Early Positive Human Interaction
Would turkey be so popular if it didn't have its own holiday?
What Exactly Is Jell-O Made From?