Hordes of zombies, moaning and shuffling through an early-morning city: The groggy masses need their coffee. But not everyone's all about that morning latte. Those who don't favor coffee — the taste, the caffeine rush, the cultish hoopla — often scratch their heads in wonderment over why so much revolves around a bitter drink of hot water and soaked roasted seeds. And even those who do like coffee marvel over those caffiends who seem capable of drinking cup after cup, hour after hour.

A new study from the University of Edinburgh and published in the journal Scientific Reports suggests that there may be a genetic reason why some people seem more prone to coffee craving than others. According to the study, those of us with a DNA variation in a gene called PDSS2 tend to drink fewer cups of coffee than those without the variation.

What does this gene do? The bodies of those with the PDSS2 variation have a reduced ability to break down caffeine, and the scientists suggest that means that with a slower process any caffeine consumed would stay in the body longer, expanding the time between physical cravings for another dose.

It's the caffeine in coffee that can keep people alert and awake, though some experience negative effects like irritability, restlessness and upset stomach.

More than 1,200 people in seven villages across the coffee-loving nation of Italy were surveyed about their daily intake of coffee. Those with the PDSS2 variation drank on average one cup of coffee less per day than those without the variant.

The research team replicated the study with 1,731 people in the Netherlands and found the same results, although with a slightly lower difference in coffee intake between the groups — though the scientists say this discrepancy may be because Italians tend to drink smaller cups of coffee than do the Dutch, who prefer larger cups with more overall caffeine.

"The results of our study add to existing research suggesting that our drive to drink coffee may be embedded in our genes," says Dr. Nicola Pirastu, the study's lead author, in a press release. We need to do larger studies to confirm the discovery and also to clarify the biological link between PDSS2 and coffee consumption."

Now That's Interesting
It's not just humans whose preferences are influenced by genes — a recent study identified a genetic reason why certain breeds of dog seem more motivated by food than others.

The Two Months That See the Most Divorce Filings 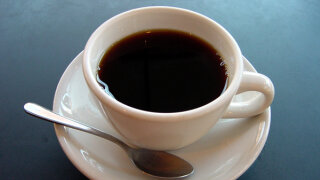 Stuff You Should Know: Coffee, the World's Drug of Choice [AUDIO PODCAST] 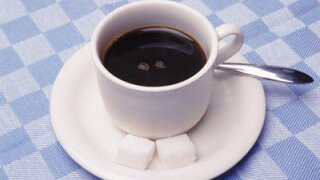 Why does caffeine keep you awake? 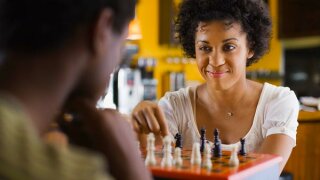 NASA's Chief Sniffer's Job Is to Keep 'Stinky' Situations Out of Space
March 31, 2020