What are homogenization and pasteurization? 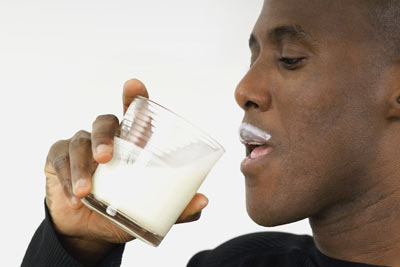 through raw milk to children and adults alike.
Medioimages/Photodisc/Getty Images

Pasteurizat­ion is a compromise. If you boil a food, you can kill all bacteria and make the food sterile, but you often significantly affect the taste and nutritional value of the food. When you pasteurize a food (almost always a liquid), what you are doing is heating it to a high enough temperature to kill certain (but not all) bacteria and to disable certain enzymes, and in return you are minimizing the effects on taste as much as you can. Milk can be pasteurized by heating to 145 degrees F (62.8 degrees C) for half an hour or 163 degrees F (72.8 degrees C) for 15 seconds.

Ultra high temperature (UHT) pasteurization completely sterilizes the product. It is used to created "boxes of milk" that you see on the shelf at the grocery store. In UHT pasteurization, the temperature of the milk is raised to about 285 degrees F (141 degrees C) for one or two seconds, sterilizing the milk.

Homogenization is more recent. If you take a gallon of fresh milk straight from a cow and allow it to sit in the refrigerator, all of the cream will completely separate, leaving you with skim milk and a layer of cream. To make "2% milk," you need the cream to stay suspended in the milk. Homogenization is the process of breaking up the fat globules in cream to such a small size that they remain suspended evenly in the milk rather than separating out and floating to the surface.

Why You'll Go Bananas for Mangosteens
Some Chinese Restaurants Laced Food With Opium—What Would Happen if You Ate It?
Where do corn oil and corn syrup come from?