What Is a Vegan Diet? 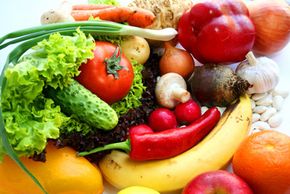 What did you have for breakfast this morning? Cereal and milk? Eggs and bacon? Maybe just some tea with honey? Not if you're a vegan. Vegans take basic vegetarianism several steps further. Instead of abstaining only from eating fish and meat, vegans avoid eating, wearing or using any animal products. This means no eggs or dairy, no honey, no leather, fur, wool or silk, and no cosmetics or chemicals tested on animals.

There is plenty that vegans can eat, however. The Vegan Society recommends healthy servings of vegetables, fruits, grains, legumes, oils and fortified nondairy products like soy milk. Some vegans eat meat substitutes like tempeh, tofu or wheat protein, sometimes called seitan. Vegans also take supplements of vitamin B12, vitamin D and calcium to make up for any dietary deficiencies.

But why do people choose this restrictive diet? How far do some people take veganism? In this article, we'll answer these questions and learn a little bit about the history of veganism.

Why Do People Choose Veganism? 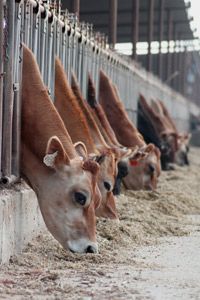 Vegans choose their diet for a variety of reasons. Many abstain from animal products because they find factory farming cruel and inhumane. Others believe that animal agriculture destroys the environment. And some simply view veganism as a healthy diet -- one inherently low in fat, calories, and cholesterol and high in fiber and vitamins.

Most vegetarians feel ethically unable to eat animals slaughtered for meat. Vegans also believe that factory-farmed egg-laying chickens and dairy cows lead unnecessarily miserable and brief lives. Egg-laying chickens raised in factory farms usually live in small cages with no room to stretch or walk. Although they can live more than a decade, most are slaughtered after two years.

Nonvegans who dislike factory-farm methods often choose free-range animal husbandry as an alternative. The United States Department of Agriculture requires that free-range chickens have access to an outdoor area. They do not, however, specify how much time chickens spend outside of pens and cages [source: USDA­]. Because of this loophole, vegans who choose the diet for moral reasons believe free range is unreliably humane.

Vegans also object to treatment of dairy cows. Like chickens, dairy cows are killed when their productivity rates drop. Cows can live up to 25 years, but most dairy cows die after five. Male calves, which have no value to dairy farms, are quickly sold and slaughtered in veal farms.

Some people become vegans for environmental reasons. Animal agriculture requires vast amounts of land and water to support livestock and grow feed. The land conversion needed for pastures and feed crops leads to deforestation, soil degradation and a decline in biodiversity. The water used by animal agriculture, mostly as irrigation for feed crops, accounts for 8 percent of global human water use [source: Livestock, Environment and Development Initiative].

Enormous crops of corn or grain also require pesticides and fertilizers. The nitrogen in fertilizers contributes to algal blooms and creates ­dead zones.

­Methane, a greenhouse gas 23 times more powerful than CO2­, makes up the majority of livestock emissions. Animal manure contaminates water and releases antibiotics that may increase the resistance of some bacteria.

Vegans also believe that their diet uses land more efficiently and responsibly than animal agriculture. If people ate only plant-based food, there would be no need for the swaths of pastures and feed crops that support livestock. Agriculture would produce food directly for human consumption and use less land. The proteins and vitamins from animal products do, however, help sustain much of the world's poor -- people who might not have the resources to create and monitor a total plant-based diet.

Many vegans choose the diet purely for its health benefits. Although veganism requires supplements and professional consultation to meet dietary needs, most vegans can get all their nutrients without animal products. Vegan mainstay foods like whole grains, vegetables, fruits and legumes are naturally low in fat and cholesterol and rich in fiber, magnesium, potassium, folate and vitamins C and E. The American Dietetic Association reports that vegetarians and vegans have lower body mass indexes, blood pressure and cholesterol levels than nonvegetarians do. They also report decreased rates of type 2 diabetes, colon cancer, prostate cancer, hypertension and heart disease [source: ADA].

­In the next section, we'll learn about some of the controversies that surround veganism.­

Casey Kasem: DJ and the voice of Shaggy on “Scooby-Doo” 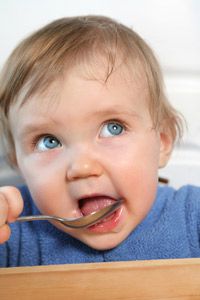 It is possible to raise a baby on awell-planned vegan diet.
© Photographer: Ieva Geneviciene | Agency: Dreamstime

Veganism is not an easy diet to maintain, nor should it be -- abstaining from animal products takes careful planning and consultation. But adults have a certain measure of security in any diet. Most notice weight gain, weight loss or even subtler conditions like anemia from iron deficiency. They are able to self-adjust before severe consequences set in. Infants, toddlers and pets, however, cannot control their own diets and have sensitive nutritional needs. For vegans who choose to extend their dietary beliefs to their children and animals, caution and medical consultation are crucial.

In April 2004, 6-week-old, 3.5-pound Crown Shakur died of starvation. His parents, who had fed him mostly soy milk and apple juice, insisted they had done their best while adhering to their vegan diet. Nutritionists, however, testified that it was not veganism that caused the death but neglect and ignorance -- the parents simply had not fed their baby enough. The jury agreed with the prosecution and convicted the parents of felony murder. Because the parents used veganism as their defense strategy, the case attracted an enormous amount of attention to the diet and to vegan children.

When parents raise infants and young children on alternative diets like veganism, there is no room for error. A well-planned and carefully executed vegan diet can, however, adequately support children. Most vegan mothers nurse their infants -- breast milk enhances the immune system, lowers the child's risk of infection and help prevent allergies. Breastfeeding vegan mothers take supplements to compensate for their vitamin D and B12 deficiencies. When breastfeeding is impossible, vegan formulas offer an alternative. Parents should never feed their infant homemade formula or nondairy milks, however, as they will not meet a baby's nutritional needs. Older vegan babies and toddlers can eat pureed fruits and vegetables, mashed tofu, soy yogurt and fortified soy, rice or oat milks.

Some vegans and vegetarians extend the diets to their pets. They feel that it is hypocritical to personally avoid animal products while supplying them to dogs and cats. Vegans who feed their dogs plant-based food call the pets veggie dogs. Veggie dogs eat specially formulated kibble or homemade meals. Some dogs dislike the diet, but many vegans maintain that their pets are as healthy and fit as other dogs.

Cats, however, have very strict dietary needs. They cannot synthesize vitamin A from plant sources and they need vitamin C and amino acids like taurine to be healthy. Although vegan cat foods contain supplements, the complexity of a cat's dietary requirements makes veganism difficult and potentially dangerous. Even vegan groups only tentatively support feline vegan diets.

Veganism is more than just a diet. We'll learn about the history of veganism, vegan cooking and the current state of vegan fashion in the next section.

Some vegans take their diet to extremes.

Practitioners of the Raw Food Diet eat only uncooked food. This can include animal products, but since most people believe it's a bad idea to eat raw meat or eggs, most followers are vegan.

The Fruitarian Diet only allows raw fruits and seeds. Fruitarians believe that fruits are nature's ideal food. They think eating fruits is a natural way to spread life and that killing vegetables is wrong.

Vegansexuals are people who follow vegan diets but who also avoid sexual intimacy with nonvegans.

When Elsie Shrigley and Donald Watson first used the word "vegan" to describe fellow nondairy vegetarians in November 1944, the diet and lifestyle were both decidedly uncool. Unsympathetic vegetarians even refused to associate themselves with the radical movement. Veganism developed a clubby, health-crazed reputation. The diet eventually became popular with countercultural movements -- most notably hippies -- but still maintained its air of exclusivity. Nowadays, many vegans try to play down the self-righteous reputation and promote veganism as a fun and even trendy lifestyle.

Vegan cooking has been, until recently, synonymous with mushy tofu and nutritional yeast. A growing interest in ethnic cooking, however, has made budding chefs realize that many cultures have delicious vegan meals built right into their cuisines. Middle Eastern foods like hummus, tahini and falafel, North African stews and tagines, Indian vegetable curries and adaptable Asian stir-fries let vegans enjoy eating and sharing their plant-based diets with nonvegan friends.

Vegan baking, on the other hand, seems like an ­impossibility. How do you make cake or cookies without milk, butter or eggs? Soy, rice or almond milks easily replace dairy milk. Ground flax seeds, silken tofu, soy yogurt, a vegan egg substitute or even bananas can stand in for eggs, while unsalted margarine or canola oil can replace butter. Vegan baking also appeals to people with egg allergies or lactose intolerance.

Vegans also abstain from wearing or using animal products -- leather, wool, silk and animal-based glues, dyes, cosmetics and chemicals. Trading in nice leather shoes, silk blouses and wool pants for Payless kicks and earthy-looking hemp shifts used to be one of the major sacrifices of veganism. But now vegan designers and stores cultivate a new aesthetic -- one that is cruelty-free, well-made and chic. The popular fashion designer Stella McCartney, a vegetarian, uses only natural fibers and imitation leather in her clothing.

The vegan lifestyle is transforming from one based on self-sacrifice to one centered on conscientious fun. Potential vegans attracted by the lifestyle's cachet or its ethical, environmental or health benefits should not, however, neglect their research. The diet is still a complicated one that requires professional consultation.

To learn more about food, dieting, vegetarians and other related topics, check out the links on the next page.

Can You Guess the Answer? 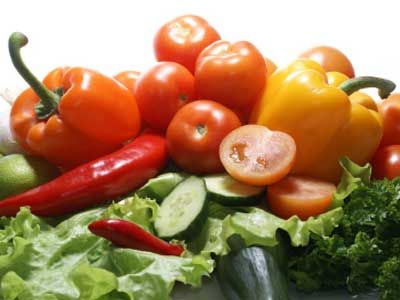 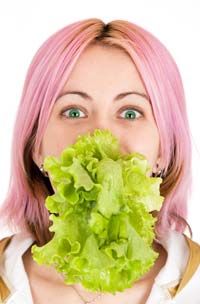 You May Like
How do vegetarians get enough protein?
Explore More