5 Things You Didn't Know About Pizza

Buzzfeed once listed 19 versions of pizza from around the world, including a Syrian pizza with minced lamb and a Korean version with beef marinated in soy sauce. Yes, pizza is a pretty universal treat, but where did it start? Here are five things you probably didn't know about pizza.

The Neapolitans in Italy are proud of saying they invented pizza, but it's probably more accurate to say, they perfected it. The idea of putting toppings on a flatbread and baking it has been around forever: In the 6th century B.C.E., Persian soldiers ate flatbreads with cheese and dates. But the people of Naples were the first to put tomato on a flatbread in the 16th century. From its start, pizza was a food of the poor, as it was cheap, filling and easy to eat on the run. In Italian, the word "pizza" refers to anything that is made and then squashed flat.

2: Pizza Margherita Is Not Exactly a Symbol of Italy.

The story goes that pizza became famous outside of Naples in 1889 when a local baker named Raffaele Esposito created three pizzas for Queen Margherita who, along with her husband King Umberto I, was on a tour of Italy. The queen loved the version that had tomato, basil and mozzarella cheese — and just happened to match the colors of the Italian flag. So much so, Esposito named the pizza after her. (You can still get pizza Margherita today at the pizzeria in Naples where it was created, which is now called Pizzeria Brandi.)

Neapolitan pizza makers pose with a pizza celebrating the UNESCO decision to make the art of Neapolitan 'Pizzaiuolo' (pizza-making) an 'intangible heritage', on Dec. 7, 2017 outside the Pizzeria Brandi in Naples.
TIZIANA FABI/AFP/Getty Images

Only problem is, the story is not true. Pizza historian (now, there's a job) Scott Wiener points out that Italy was unified in name only in 1889 so it was unlikely any Neapolitan baker would want to celebrate "the Northern conquerors." Further, the letter of gratitude for the pizza from the royal household that Pizzeria Brandi displays appears to be a fake and may just have been a marketing ploy.

3: Pizza in America Is Different from Pizza in Italy.

Italian migration to the U.S. in the late 1800s may have started the pizza trend in America but it really took off in the 1950s with the proliferation of fast food restaurants. Three of the world's largest fast food chains are American pizza restaurants (Pizza Hut, Domino's and the gas station favorite, Hunt Brothers). BTW, pizza in the U.S. is way different from the Italian kind. The Italian pizza crusts tend to be thinner and not so laden with toppings. The U.S. has invented tons of pizza styles including New York (big thin slices that are easy to fold), Chicago (thick deep-dish crust) and Detroit (square pizza baked in a blue steel pan that gives it a crisp crust).

4: Hawaiian Pizza Invented by a Canadian.

Not only that, he was from Greece originally. Sam Panopoulos moved to Canada at the age of 20. In 1962, he decided to put some ham and pineapple on a pizza at one of his restaurants in Ontario — the tiki trend was having a moment then.

"We just put it on, just for the fun of it, see how it was going to taste," he told the BBC in 2017. Panopoulos named it the Hawaiian pizza after the brand of canned pineapple he used. The mix of sweet and savory toppings caught on with a certain segment of the pizza-loving public. The innovator died in 2017.

5: Chuck E. Cheese's Was Really Founded as an Arcade Business.

Does that make you love or hate this kiddie-party favorite more? The founder of Chuck E. Cheese's, Nolan Bushnell, also started the video game console company Atari. But he soon realized the real money was not in selling the machines — it was in the retail side of the business.

"The original genesis was to create a big arcade with food as a support structure, almost as an ancillary service," Bushnell told the Atlantic in 2013.

And why did he go for pizza? "I chose pizza because of the wait time and the build schedule: very few components and not too many ways to screw it up. If the dough is good, the cheese is good, and the sauce is good, the pizza is good. I didn't have any preconceived idea that I knew how to run a restaurant, but I knew simple was better."

Bushnell's no longer involved with Chuck E. Cheese's. But the concept of cheap pizza and arcade games is still a winner with kids all over the U.S.

Now That's Cool
February 9 is National Pizza Day. More than 3 billion pizzas are sold in the U.S. each year plus another billion frozen pies.

Why 'Black Panther' Is Already Breaking the Box Office 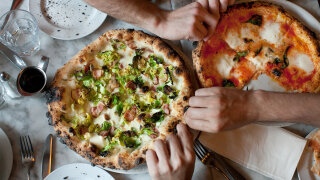 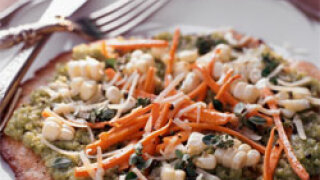 How can pizza be good for you? 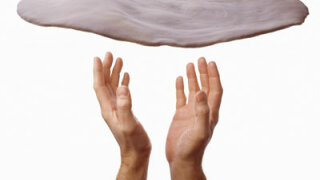 Freeports: Warehouses Filled With Art the Public Never Gets to See
June 1, 2020

Is it Safe to Swim During the Coronavirus Outbreak?
June 1, 2020