An apple a day will keep the doctor away! Did you know that approximately 2,500 varieties of apples are grown in the United States? Apples are a delicious fruit that is available year-round and they are full of vitamins and nutrients. 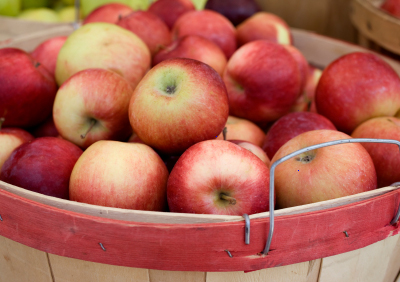 Apples are available year-round in shades of reds, greens and yellows, and approximately 2,500 varieties of apples are grown in the United States. Do you know which apples are used to make apple pie? 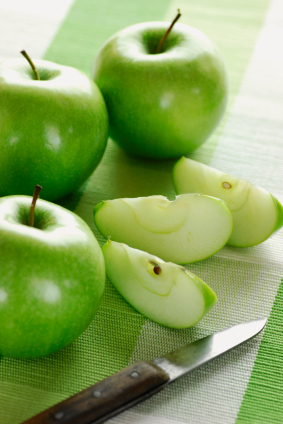 Green apples are considered the best when it comes to making apple pie. Crunchy and tart, green apples are a delicious addition to many desserts or even as a yummy afternoon snack. How many calories are in an average apple? 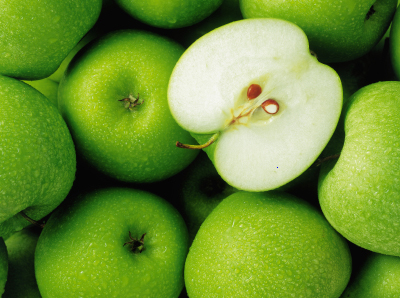 It may come as no surprise that apples are not a high-calorie food. On average, a medium apple contains about 80 calories. And there are many different ways to eat an apple as a snack. 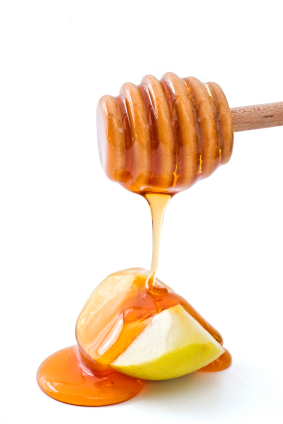 One extremely delicious way to eat your apples is to cut them into slices and then drizzle a little honey over them. The bitterness of the apple and the sweetness of the honey makes for a winning combination. 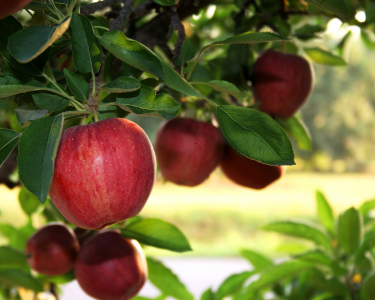 Apple trees take four to five years to produce their first fruit. And in order to grow just one apple, the energy from 50 leaves is required. The very first apple nursery was opened in New York. Is that why New York City is called the Big Apple? 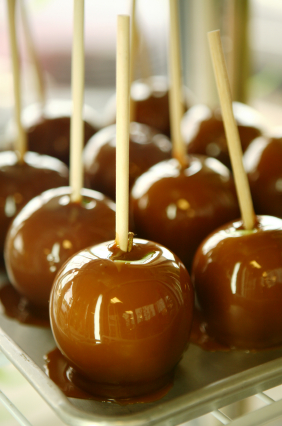 Caramel apples are made by putting a stick through the core of an apple and then rolling or dipping it in caramel. Then, if you'd like, you can also roll the apple in chopped nuts. Sticky and delicious, this treat is sure to please. 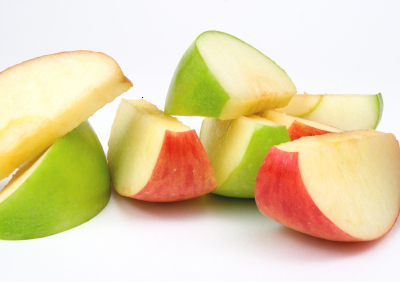 Apples are a fantastic source of fiber. In fact, you shouldn't peel off an apple's skin. Do you know why? It's because two-thirds of the fiber and loads of antioxidants are found in the peel. 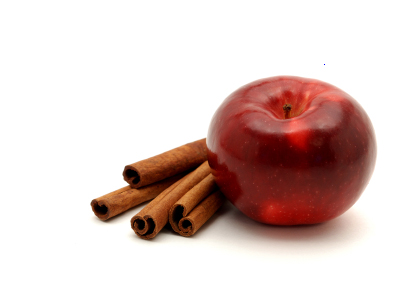 Whether you're preparing homemade applesauce, hot baked cinnamon apples or an apple pie, these two ingredients make for a classic combination. You can even find apple-cinnamon flavored tea and oatmeal at your local supermarket. 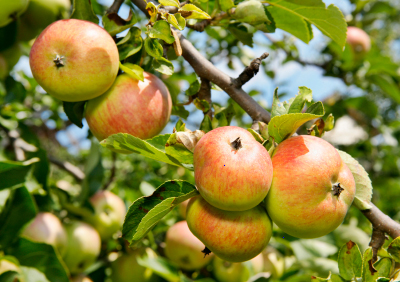 The most popular apple variety grown in the United States is the Red Delicious. And believe it or not, most apples are still picked by hand in the fall. In some states, you can visit an apple farm and pick your own. 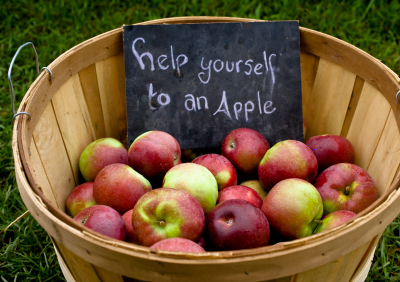 Have you ever been bobbing for apples? Did you ever stop to think why apples float? Fresh apples float because 25 percent of their volume is air. Next we'll take a closer look at a favorite fall beverage. 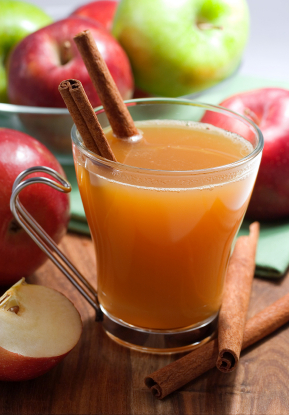 Do you enjoy sipping hot apple cider in the fall and winter months? It may surprise you that it takes about 36 apples to produce one gallon of apple cider. Is that an entire bushel? 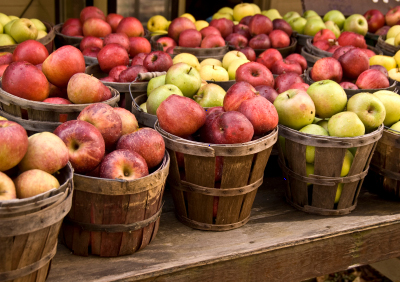 A bushel of apples is not measured by the number of apples in it, but rather its weight. One bushel weighs approximately 42 pounds, while a peck of apples weighs 10.5 pounds. 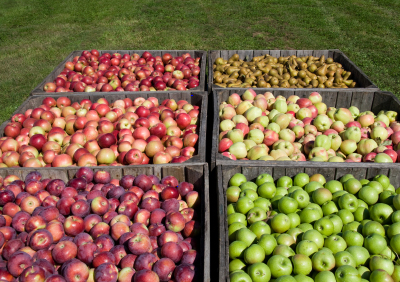 Want to keep your apples fresh for longer? Then store them in the refrigerator because apples ripen six to 10 times faster at room temperature than if they're stored in a cool location. 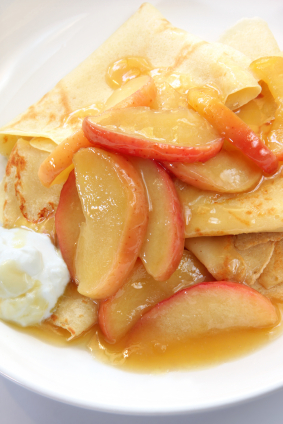 One creative and scrumptious way to use apples is to put them over crepes. Easily enjoyed for breakfast or dessert, your friends and family will think they've been transported to France after just one bite. 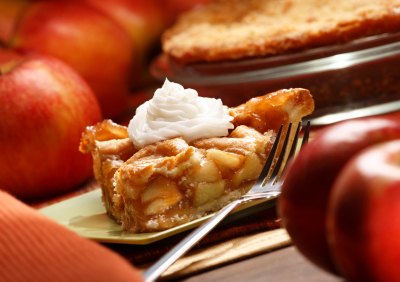 A favorite among many, apple pie is decadent, comforting and the perfect end to a holiday meal. Whether deep dish, dutch or old-fashioned, serve it warm with a helping of vanilla ice cream or whipped cream and enjoy!