by Jonathan Strickland Jul 14, 2016
Carbon Foam From Burnt Bread Could Save Lots of Dough HowStuffWorks

Scientists at China's Harbin Institute of Technology have discovered that bread makes an excellent starting ingredient for carbon foam. Their discovery could help lower costs in the aerospace industry.

They chose bread because its structure is already similar to that of carbon foam. If you take a loaf of bread and tear it in half, you'll see that the interior has little caverns and caves. The scientists had a hunch that bread would make a great candidate for carbon foam.

The team used pyrolysis to convert the delicious baked good into chemically inert carbon foam. Pyrolysis is the process of heating up a substance to incredible temperatures — more than 500 degrees Celsius (932 degrees F) in this case — in an oxygen-free environment. Without oxygen, the bread couldn't catch fire. Instead, it carbonized.

The result is a very light, relatively strong thermal insulator. That's just the type of material you'd want for applications in the aerospace industry. When sending stuff up into space, you want it to be as light as possible. The insulation is important for multiple systems and applications in space. And it must be mechanically resilient to withstand the tremendous stress of a space launch.

Bread is pretty cheap to make, and the process of turning it into carbon foam isn't complex. That means engineers might be able to produce lots of carbon foam for very little money. If a company scales up the process, we might see bread-based carbon foam help reduce the overall cost of space travel.

So the next time you see a burnt piece of toast, give it a salute. That stuff could help astronauts do their jobs. 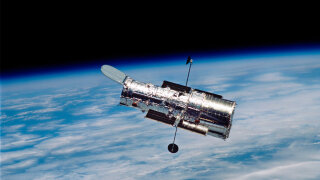 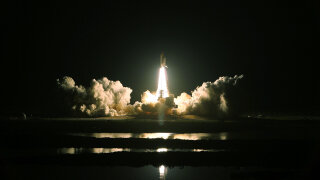