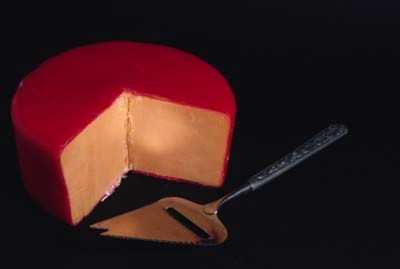 The hardness of a particular cheese depends on how long it has been aged. See more pictures of classic snacks.
2007 Photodisc

Are you a cheese fanatic? Here are some interesting facts about this popular dairy product that might surprise you.

­Archaeological surveys show that cheese was being made from the milk of cows and goats in Mesopotamia before 6000 B.C.

Travelers from Asia are thought to have brought the art of cheese making to Europe, where the process was adapted and improved in European monasteries.

The Pilgrims included cheese in their supplies onboard the Mayflower in 1620.

The United States produces more than 25 percent of the world's supply of cheese, approximately 9 billion pounds per year.

The only cheeses native to the United States are American, jack, brick, and colby. All other types are modeled after cheeses brought to the country by European settlers.

Processed American cheese was developed in 1915 by J. L. Kraft (founder of Kraft Foods) as an alternative to the traditional cheeses that had a short shelf life.

Pizza Hut uses about 300 million pounds of cheese per year. Find more curious cheese facts on the next page. 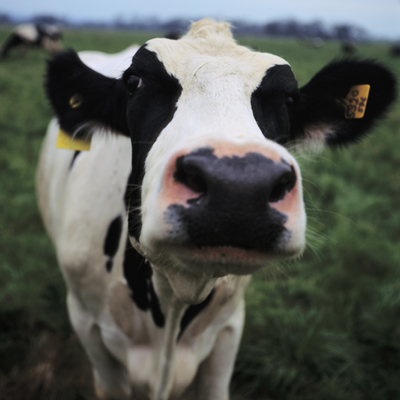 Because of their ability to produce large volumes of milk, butterfat, and protein, black-and-white (or sometimes red-and-white) Holsteins are the most popular dairy cows in the United States, making up 90 percent of the total herd.
Jerry Dodrill/Getty Images

Can you buy deli meat without preservatives?
What Is the Difference Between Jelly, Jam and Preserves?
Mad Scientists Improve Chocolate With Electricity, Defy Nature