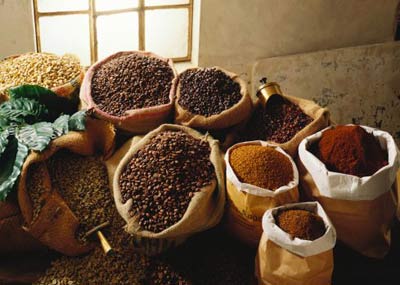 The word coffee comes from Kaffa, a region in Ethiopia where coffee beans may have been discovered.
Ursula Sonnenberg/StockFood Creative/Getty Images

Coffee is the most popular beverage in the world, with more than 400 billion cups consumed each year. More than 450 million cups of coffee are consumed in the United States every day.