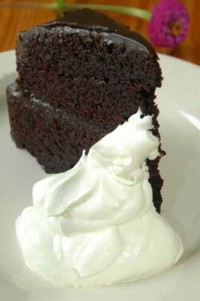 Knowing the difference among the many types of cream can have a big impact on your recipe.
©2007 James Camp

A. There are several categories of cream, and, to make matters more confusing, what's popular in one part of the country may not even be found at the supermarket in another region.

Cream is categorized according to the amount of butterfat it contains. Half-and-half is a mixture of cream and milk and is 10 to 12 percent butterfat, although it does come in a fat-free variety, too. Light cream -- which, by the way, is becoming easier to find in supermarkets in some areas of the Midwest -- is 18 to 30 percent butterfat.

Heavy cream, regular whipping cream, and heavy whipping cream are the same product; they contain 36 to 40 percent fat, and are the only cream products that can be whipped.

Other cream products include clotted cream and crème fraiche, but you would probably have to go to a gourmet or specialty food store to find these.

Clotted cream is primarily an English milk product that looks like white butter and tastes just as rich. It's made from very high-fat milk that is heated until semisolid cream forms on the top. Once cooled, the top layer is removed and used like butter on scones and other baked products.

Crème fraiche is a thick, cultured cream product that tastes somewhat like sour cream. Its attraction, other than its lovely taste, is that you can cook with it without worrying about curdling. Crème fraiche is popular with cooks in France, where milk is unpasteurized and the bacteria cultures the cream naturally.

All cream sold in the United States is pasteurized, which kills the bacteria; however, making crème fraiche at home is simple: Pour about 1 cup heavy whipping cream into a jar with a lid. Add about 2 tablespoons buttermilk; cover and shake well. Let the jar sit at room temperature overnight or up to 24 hours, then refrigerate. It will keep for about 10 days. Use it to flavor and thicken broths and soups, instead of whipped cream on fresh fruit, or as a sour cream substitute.

For some great cream recipes, see: