Admit it: We all have preconceived notions about ice cream. By virtue of the fact that it's basically flavored, sweetened milk that's frozen, certain properties are necessarily associated with it. For instance, it melts when you're eating it on a hot day. It's also very difficult to light on fire.

But the days of old fashioned frozen treats are over! A team of Japanese scientists has developed a soft serve ice cream that won't turn to milk soup, even after hours in the heat. And it's not because it contains diglycerides, carrageenan or Polysorbate 80, either. It's just regular old normal ice cream, with one small modification.

But, wait — the story of how we got flammable ice cream is pretty good. It starts with a strawberry accident:

After the 2011 Tōhoku earthquake and tsunami ravaged Japan (yep, the one that caused the meltdown of the reactors at the Fukushima Daini Nuclear Power Plant), a Japanese chef was tasked with figuring out what to do with strawberry polyphenol, a chemical extracted from strawberries.

It all started when nobody was buying a whole bunch of deformed strawberries grown in an area affected by the earthquake because they weren't shaped quite right. Japan's Biotherapy Development Research Centre wondered if, instead of wasting all the fruit, something could be done with the polyphenol. They asked the pastry chef to create a dessert with it. The experiment went OK, but the problem was, every time he added the chemical to cream, it hardened right up.

"Polyphenol liquid has properties to make it difficult for water and oil to separate so that a popsicle containing it will be able to retain the original shape of the cream for a longer time than usual and be hard to melt," inventor Tomihisa Ota, a professor emeritus of pharmacy at Kanazawa University, told Japanese newspaper The Asahi Shimbun.

With this technology, Ota and his research team developed Kanazawa Ice popsicles, which hit stores in Japan last summer. They hold their shape through all sorts of treatment traditional popsicles can't withstand, from hot sun to hair dryers. Now Kanazawa Ice brings us soft serve ice cream, which can reportedly be caught on fire without melting, and can keep its shape at temperatures of 104 degrees Fahrenheit (40 degrees Celsius).

Want to get your paws on some flammable ice cream? Well, you're going to have to travel to Japan if you're not already there. Japan has no plans to export it just yet.

Now That's Interesting
The Tōhoku earthquake and tsunami might have resulted in flammable ice cream, but it was also the costliest natural disaster in history.

Was the Wrong Person Convicted in the Atlanta Child Murders?

The Spooky, the Scorching and the Subversive: Our Best Stories You Might Have Missed This Week 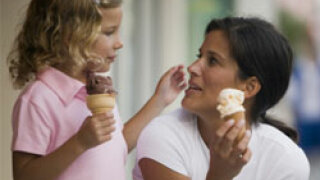 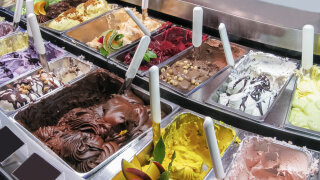 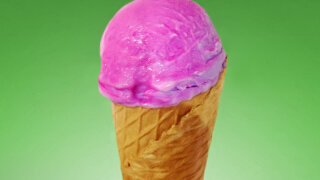