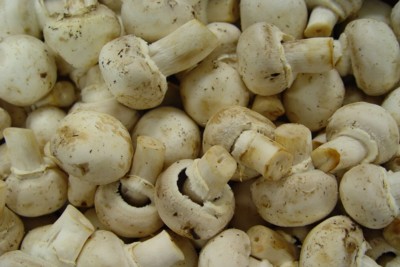 France was the first country to cultivate mushrooms, in the mid-17th century. From there, the practice spread to England and made its way to the United States in the 19th century.

In 1891, New Yorker William Falconer published Mushrooms: How to Grow Them--A Practical Treatise on Mushroom Culture for Profit and Pleasure, the first book on the subject.

In North America alone, there are an estimated 10,000 species of mushrooms, only 250 of which are known to be edible.

A mushroom is a fungus (from the Greek word sphongos, meaning "sponge"). A fungus differs from a plant in that it has no chlorophyll, produces spores instead of seeds, and survives by feeding off other organic matter. ­

Mushrooms are related to yeast, mold, and mildew, which are also members of the "fungus" class. There are approximately 1.5 million species of fungi, compared with 250,000 species of flowering plants.

An expert in mushrooms and other fungi is called a mycologist--from the Greek word mykes, meaning "fungus." A mycophile is someone whose hobby is to hunt edible wild mushrooms.

Ancient Egyptians believed mushrooms were the plant of immortality. Pharaohs decreed them a royal food and forbade commoners to even touch them.

White agaricus (aka "button") mushrooms are by far the most popular, accounting for more than 90 percent of mushrooms bought in the United States each year.

Find more mushroom facts on the next page. 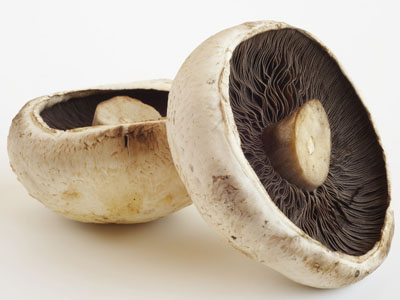 Brown agaricus mushrooms include cremini and portobellos, though they're really the same thing: Portobellos are just mature cremini.
Will Heap/Getty Images

Cultivated mushrooms are agaricus mushrooms grown on farms. Exotics are any farmed mushroom other than agaricus (think shiitake, maitake, oyster). Wild mushrooms are harvested wherever they grow naturally--in forests, near riv

Many edible mushrooms have poisonous look-alikes in the wild. For example, the dangerous "yellow stainer" closely resembles the popular white agaricus mushroom.

Toadstool is the term often used to refer to poisonous fungi.

In the wild, mushroom spores are spread by wind. On mushroom farms, spores are collected in a laboratory and then used to inoculate grains to create "spawn," a mushroom farmer's equivalent of seeds.

A mature mushroom will drop as many as 16 billion spores.

Mushroom spores are so tiny that 2,500 arranged end-to-end would measure only an inch in length.

Mushroom farmers plant the spawn in trays of pasteurized compost, a growing medium consisting of straw, corncobs, nitrogen supplements, and other organic matter.

The process of cultivating mushrooms--from preparing the compost in which they grow to shipping the crop to markets--takes about four months.

The small town of Kennett Square, Pennsylvania, calls itself the Mushroom Capital of the World--producing more than 51 percent of the nation's supply.

One serving of button mushrooms (about 5) has only 20 calories and no fat. Mushrooms provide such key nutrients as B vitamins, copper, selenium, and potassium.

Some experts say the taste of mushrooms belongs to a "fifth flavor"--beyond sweet, sour, salty, and bitter--known as umami, from the Japanese word meaning "delicious."