The Quest to Fix the Grocery Store Tomato

by Shaun Chavis Apr 23, 2019
You can bet that the tomatoes you'll find in the produce section of your local grocery store will be little more than mealy, colorless, tasteless blobs of nothing. You can also bet they'll be expensive. Scott Olson/Getty Images

Fresh tomatoes pile high in grocery store produce sections 12 months out of the year. But for tomato lovers, they're only good for a season. (Or maybe not ever, if you ask most.) Grocery store tomatoes have long had a reputation for being bland, mealy, too firm, tasteless and just not juicy enough.

There are scientists working to save grocery store tomatoes — and not just by encouraging people to garden or shop farmers markets. Through science, an honestly good grocery store tomato may be on the market within five years. Harry Klee is a professor of horticultural science at the University of Florida, and he puts his passion for tomatoes into the long work of developing a better tomato for the mass market. "We're not going to consider our program a success until all grocery store tomatoes taste good," he says in a recent interview.

According to Klee, the No. 1 complaint about produce in America is the flavor of grocery store tomatoes. It's a problem that's been around for decades — Klee remembers a 1977 essay in The New Yorker about how hard it is to find truly ripe, fresh tomatoes.

How Did Tomatoes End Up Tasting So ... Blah?

The problem lies in the entire market chain.

"Farmers aren't paid on flavor," Klee points out. "They're paid on the pounds of tomatoes they put in a box. Growers will tell you they can't control flavor." What the market values motivates growers to prioritize fast growth, high yields, disease resistance and a long shelf life. Breeders have been developing tomatoes in response to those qualities that growers are looking for. Tomatoes don't have to taste good for any of that to happen.

"Flavor's been neglected for decades," Klee says. "Over time, neglect leads to deterioration. So the flavor loss isn't intentional on the growers' part, or anyone's part." Klee compares it to a symphony. If one instrument is missing, you probably wouldn't notice. If two or three instruments bow out, an experienced musician might notice. And if, one by one, instruments leave the orchestra, eventually you'll notice something's missing. And in the case of fruit like tomatoes — well, in Klee's words, "Flavor, over fifty years, has gone to hell."

The growers who do get paid on flavor focus on local sales to customers who live nearby and provide repeat business — both home cooks and restaurants. Those are the growers who can pick tomatoes once they've ripened on the vine, and they don't have to ship them far and risk damage.

Julie Dawson is a faculty member at the University of Wisconsin-Madison, and she does tomato variety trials including varieties from a number of different public and private sector breeders. Some varieties in the trials come from Seed Savers Exchange, an organization that's devoted to preserving America's diversity in food and garden plants by collecting, sharing and saving seeds — and by encouraging people to grow them. "We hope our trials help breeders develop varieties that have the flavor that make people want to buy and eat more," she says.

"There's a gene that makes the tomato ripen all at once, a uniform ripening gene, and having that also impacts sugar accumulation in the tomato," she says, as an example of how flavor gets bred out. But Dawson also points out that not only has flavor been bred out of modern grocery store tomatoes, handling is another part of the equation. "The bigger part of why they don't taste good is due to how people manage them, such as picking them green. A lot of the ripening on the plant creates sugars and volatile compounds that make the tomatoes taste good. They're easier to ship when they're underripe, but they will never develop all of those flavors." Ripening tomatoes commercially with ethylene gas is no substitute for the work nature does on the vine. "It just turns them red; you don't get all the volatiles and secondary compounds that make it smell like a tomato and taste good."

So now, Klee and numerous horticultural scientists are working to bring flavor back. But, growers — and supermarkets — still need the qualities of a modern tomato. "Breeding is now a balancing act because growers still want a good yield and disease resistance," Klee says. "We have to keep key pieces in." At the University of Florida, the horticultural science department is growing over 100 varieties of tomatoes and uses a tasting panel of over 100 people to help identify what makes a tomato taste good. They've come up with a list of compounds that impact flavor, and the tasting panel help identify what people like, and then determine how much of each compound is in the tomatoes that get approval from the panel. The process produces a scientific recipe for a great tomato.

"DNA sequencing has become cheap, so we've sequenced the genomes of 500 different varieties of tomatoes," Klee says. They can identify genes that make good-tasting modern tomatoes, trace where those genes came from, and bring them back. It creates a breeding roadmap."

Right now, Klee and his team are working on nine different genes to put into modern tomatoes, creating fruit with the yield, disease resistance and shelf life that growers and markets want, but with the flavor that tomato lovers crave.

Better Tomatoes Are a Few Years Away

The challenge with creating better fruit and vegetables is that it takes time. In Florida, Klee and his team can only grow two generations of tomatoes a year. But, better tomatoes are on the horizon. Klee says tasting panels in summer 2019 will help them finalize a tomato that's got it all. Once that's done, the challenge is getting growers to take a chance on planting and selling them. "Realistically, it will be several years because growers want to adopt new plants conservatively," Klee says. The university is working with several commercial seed companies that want to be first in the market with good tomatoes.

Consumers have a role to play in getting better tomatoes to market, too: buy them. "Some people are willing to pay more for great flavor, but most people are price sensitive. If you pay little, you get what you pay for," Klee said. "People need to step up and pay for better tomatoes."

NOW THAT'S A SNEAK PREVIEW
If you've got a garden plot and you can't wait for some of the tomatoes developed at the University of Florida, you can get seeds that aren't on the market yet. Donate $10 toward Klee's genetic tomato research to packets of three varieties: Visit the Klee Garden Gem page online. If you grow them, they would love to hear how they perform in your garden. 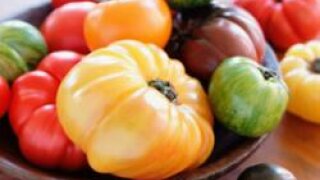 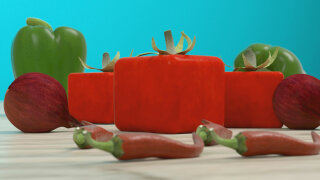 Why Don't You Ever See Square Vegetables? 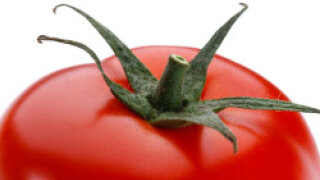