What are the benefits of family dinner time?

by Jane McGrath
NEXT PAGE 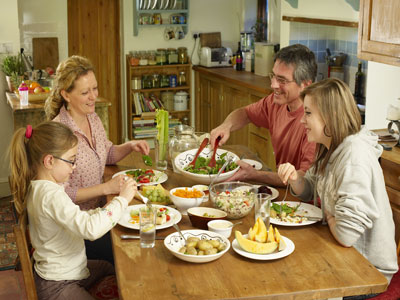 To most teenagers (and even some parents), there's nothing more passé than dinner with the family. Instead of sitting down with stuffy parents and annoying younger siblings, they'd prefer to load their plates, scuttle away and sequester themselves in their own rooms to eat. In today's technological age, when almost every teenager has his or her own laptop, cell phone and television, it can be difficult to get them to drop everything and take a break. But evidence suggests that's exactly what they need to do.

The National Center on Addiction and Substance Abuse (CASA) at Columbia University researched the benefits of family dinners and found clear results. Specifically, researchers compared the responses of children who reported having family dinners fewer than three times a week with those who have family dinners five times or more per week. The study concluded that children who enjoy frequent dinners with their family are far less likely to develop substance abuse problems. If a child has family dinner time on a regular basis, he or she is:

Other Benefits to Meals en Masse

In addition to avoiding substance abuse issues, children who have regular family dinners earn better grades [source: CASA]. They're also more likely to claim that their parents are proud of them and less likely to report tension among family members. Furthermore, when asked which adult they would confide in over a serious problem, children who have frequent family dinners typically say they'd go to a parent [source: CASA]. Researchers for the University of Minnesota School of Public Health found that adolescent girls who have frequent family dinners are less likely to use diet pills or develop eating disorders, such as binge eating or self-induced vomiting [source: Neumark-Sztainer].

Why does family dinner time promote such healthy habits? Experts believe a regular face-time between parents and children facilitates communication, which, in turn, helps parents guide their children's behavior [source: SAMHSA]. A meal just happens to be the most convenient opportunity for families to connect with each other on a regular basis.

CASA has a few recommendations to keep in mind when you do sit down to eat. For instance, it's good to keep the conversation positive and inviting. For topics, there's always the standby of asking about everyone's day, but you can also talk about what's in the news or plan future family activities over dinner. Probably most important, however, is to start the habit of frequent family dinners when your kids are young.

Did You Know? According to the American Dietetic Association, studies have shown that children who have frequent family dinners tend to have healthier diets [source: ADA]. 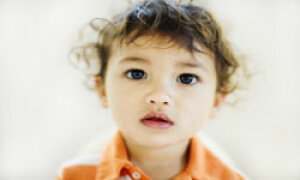 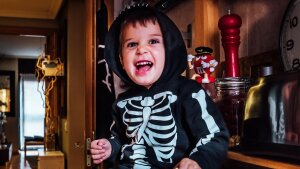