Autumn is a beautiful time of year when a crisp coolness fills the air. So bundle up and visit a pumpkin patch or get lost in a corn maze. It's time to enjoy all that mother nature has to offer. 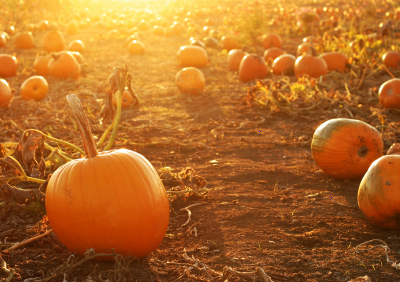 Nothing says autumn or Halloween like a visit to a pumpkin patch. And some patches offer activities as well. So after you've picked out your pumpkin, you may be able to navigate a corn maze, enter a haunted house or enjoy a hay ride. 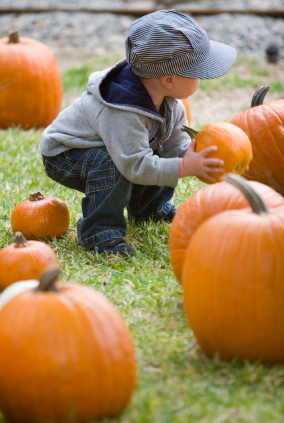 Choosing the perfect pumpkin to take home and carve is something the entire family can participate in -- even the littlest ones can help! 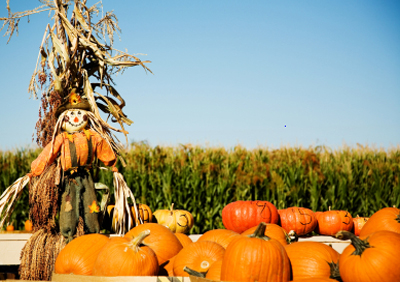 You may even be able to make a few new friends during a visit to a pumpkin patch. Take, for instance, the lonely scarecrow. After a busy day of driving away crows, he'd sure appreciate some company. 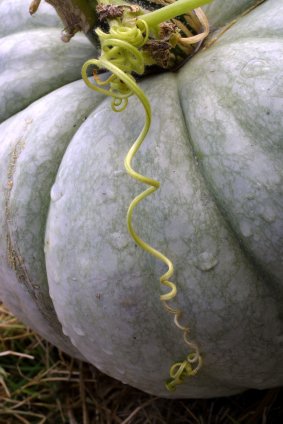 Once a novelty, white pumpkins are becoming increasingly common. They're also known as albino or ghost pumpkins. Next, we'll take a look at miniature pumpkins. 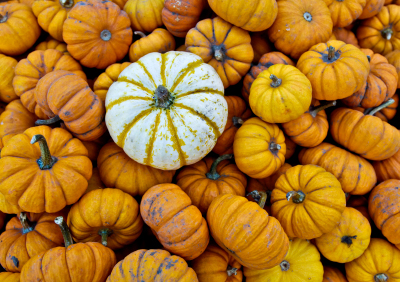 Although they're not so good for carving, miniature pumpkins are perfect to use as fall decorations around the house. You can even put a few on the kitchen table as a centerpiece. 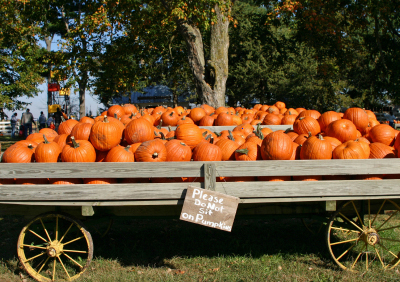 Did you know that a pumpkin is actually a squash? It's true. They're members of the Cucurbita family, which includes squash and cucumbers. Next up is another fun pumpkin fact. 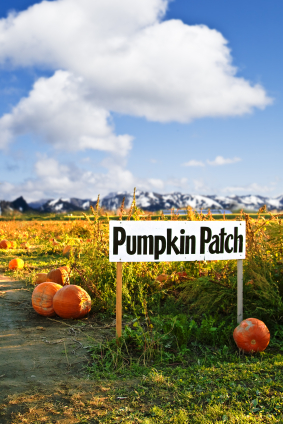 The tradition of pumpkin carving actually began with the carving of turnips. Then after the Irish immigrated to the United States, they found that pumpkins were plentiful and easy to carve. 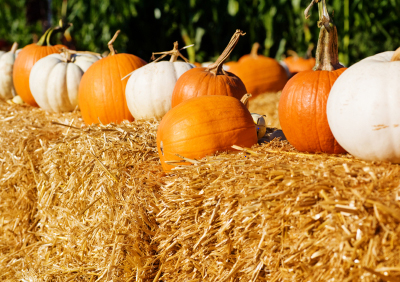 Pumpkins range in size from less than 1 pound to over 1,000 pounds. And the largest pumpkin ever grown weighed in at a staggering 1,140 pounds. How are pumpkins grown anyway? 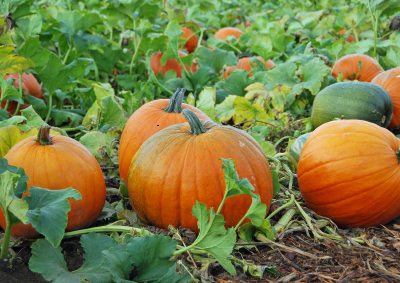 Pumpkins are members of the vine crops family, so it makes sense that they grow on vines above the ground. Did you know that pumpkins are 90 percent water? 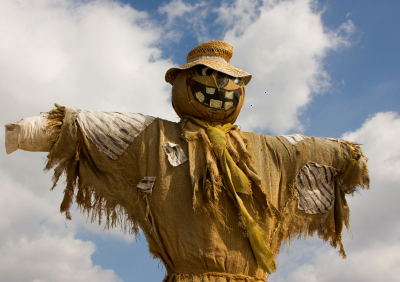 Farmers place scarecrows in their fields to discourage ravenous birds -- such as crows -- from eating recently planted seeds and growing crops. 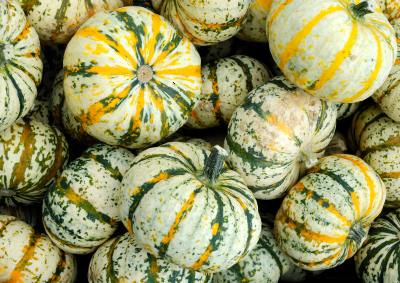 Did you know that so many sizes and varieties of pumpkins even exist? And, believe it or not, the little ones are edible, too. Next up is another fun pumpkin fact. 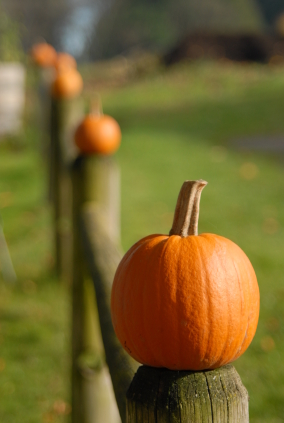 Approximately 90 to 95 percent of the processed pumpkins in the United States are grown in the great state of Illinois. Other top pumpkin production states include Ohio, Pennsylvania and California. 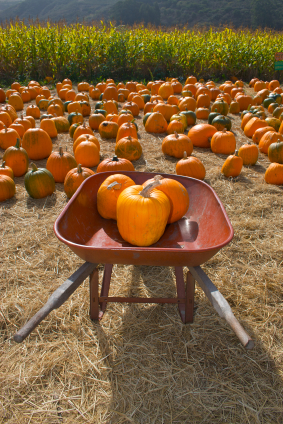 Pumpkin seeds make a delicious snack. After you've scooped out the inside of the pumpkin, arrange the seeds on a baking sheet and pop it in the oven. After a few minutes, you'll have a tasty snack of roasted pumpkin seeds. 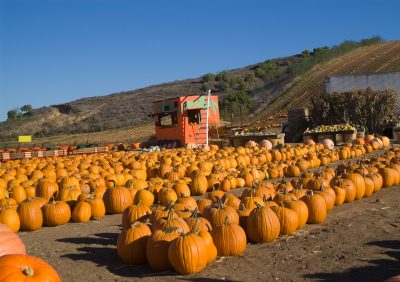 Planning a visit to your local pumpkin patch? You may want to wait: Eighty percent of the pumpkin supply in the United States is available in October. So to get the best pumpkin, pick one out just a few weeks before Halloween. 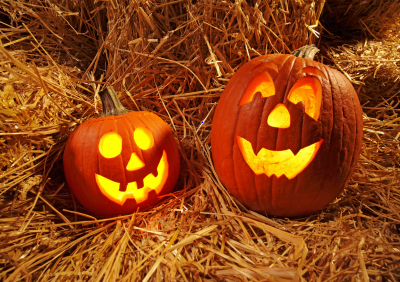 After you've carefully chosen the best pumpkin from the patch, it's time to go home and get ready to carve it. After you're through carving, put a small, votive candle inside the pumpkin and put it on display for all to enjoy!