Should you make your own kimchi?

by Debra Ronca
NEXT PAGE 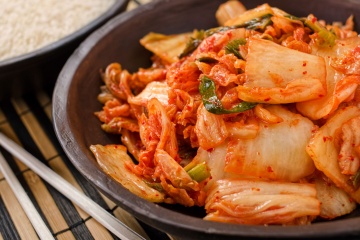 Kimchi has been a staple at the dinner table in Korea for a very long time, and now it's gaining worldwide popularity.
©Fudio/iStock/Thinkstock

Kimchi, for those not in the know, is Korean fermented vegetables. But it's really much more than that -- crunchy cabbage leaves, chili paste, garlic and ginger, with a pungent aroma and a taste that hints of the earth. Kimchi is one of Korea's most important culinary traditions, and it's nearly unheard of to sit down at a Korean table without a bowl of kimchi waiting for you.

Although you can find dozens and dozens of variations on the classic kimchi, cabbage kimchi (or paechu kimchi) is arguably the most popular. And the health benefits touted for kimchi are endless. Here are just a few of the believed positives associated with kimchi (though these aren't scientifically confirmed):

It's also low calorie, high fiber, packed with healthy probiotic bacteria, and full of vitamins A and C and iron.

As you can imagine, Americans are jumping on the kimchi wagon with gusto. And in this age of GMOs and organics, many people would rather make their kimchi at home than purchase it at the store. Is this a good idea? Let's take a look.

Financially, making kimchi at home makes good sense, especially if you make it in bulk. A typical 15-ounce jar of kimchi costs about $8.99, which is about 60 cents per serving. However, if you make a gallon at home, your cost is about $15.66 and averages out to 12 cents a serving [source: The Kitchn]. Not bad!

But many "newbies" worry about bacteria and the fermentation process. It's important to note that making kimchi isn't at all the same as the canning process, which can create an environment for dangerous bacteria if not done perfectly. In fact, with kimchi, it's the fermentation itself that grows the healthy probiotic bacteria (lactobacilli) that alleviate digestive problems.

The key to making kimchi, much like making sauerkraut or dill pickles, is salt. Soaking the cabbage in a salty brine kills off any harmful bacteria and leaves behind the good bacteria. The good bacteria convert sugars into lactic acid, which gives the kimchi its tangy flavor. The other ingredients are your choice, and you can find hundreds of traditional and non-traditional recipes online.

When you make your kimchi and seal it in a jar, ensure that all the vegetables are submerged under the brine. You'll want it to stand at room temperature for at least one to five days. Don't be alarmed if you see bubbles in the jar -- that's just part of the fermentation process.

Other notes home kimchi experts have picked up along the way include:

Of course, for many, kimchi is an acquired taste. If that's the case with you, maybe give it one more try? Or share this article with a kimchi fan! 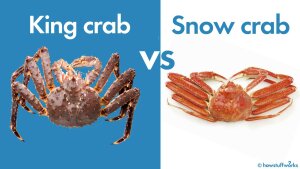 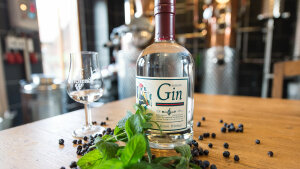