by Muriel Vega Oct 10, 2019
Cassava flour, seen here at a market in the Amazon, is derived from the South American yucca root and is prevalent in Brazilian cuisine as a key ingredient in stews. Image by Ramesh Thadani/Getty Images

Whether you've been diagnosed with celiac disease and can't eat gluten (a protein found in wheat, rye and barley) or you're just adventurous in the kitchen, exploring the world of non-wheat flours can be intimidating. Just finding the right flour with the right flavor, cooking time and rising time for your recipe can be challenge.

But there are plenty out there to choose from aside from the most common you've probably heard of. From chickpea and lentil to buckwheat and cassava, the number of non-wheat flours continues to increase in the grocery store aisles.

What Are Non-wheat Flours?

Non-wheat flours are derived from foods like grains, beans or plant-based nuts, and often are marked as gluten-free. However, keep in mind that they may be packaged in wheat-preparing facilities, so make sure to read the label carefully if you're wheat-intolerant.

Many of these flours tout various health benefits over typical wheat flour depending on your dietary needs. But they're also versatile enough for baking, stewing and breading while satisfying a lot of nutritional restrictions and needs.

"People who both eat and avoid gluten can incorporate non-wheat flours into their diet for variety as a part of a balanced diet," Marisa Moore, an Atlanta-based registered dietitian and nutritionist explains via email. "The health benefits vary by the specific type of flour but work well for those on special diets or desiring a different nutrient mix or profile."

The best results you'll get for baking will be by blending different non-wheat flours. "Straight substitutions with one type of flour will rarely work," Alejandra Luaces, owner of Atlanta-based bakery Hell Yeah Gluten Free, which specializes in gluten-free baked goods, says in an email. "You'll just have to watch for the best fit for flavor and texture."

One-to-one flours are those that allow you to easily substitute non-wheat flour for standard wheat flour in recipes, Luaces says. And pre-made blends from brands like Bob's Red Mill offer a mixture of different types of non-wheat flour. "They have different ratios of starches (potato, corn and tapioca) to heartier flours (like white or brown rice and sorghum)," she explains.

Luaces says that professional bakeries like hers often make their own custom blends of flour based on their own individual preferences but for home baking and cooking, she recommends Bob's Redmill Gluten Free 1-to-1 Baking Flour and Pillsbury Best Multi-Purpose Gluten Free Flour Blend for the best "all-purpose flour."

Moore suggests you should also read the packaging of the non-wheat flour of your choice as they often include recipes and easy ways to incorporate them into your diet. She mentions that most will also give you their one-to-one ratio to wheat flour.

Almond flour is made with blanched almonds and should ideally be used for making sweet treats like almond-based cakes, tortes and muffins.
Pixabay

Getting Started With Non-wheat Flours

If you're ready to start your culinary journey into cooking and baking with non-wheat flours, we'll discuss five different types below, including flavor notes you should keep in mind.

Almond flour, sometimes known as almond meal, is made with blanched almonds. Luaces explains that due to the distinct almond flavor, this non-wheat flour should only be used in almond-based cakes, tortes and muffins. Avoid using it as a one-to-one substitution, though, Luaces warns, as "the almond flour fat and moisture content will make your goods dense, heavy and gluey."

Moore also adds that using almond flour can give you a boost of protein, plus fiber, calcium, vitamin E and magnesium.

Cassava flour is derived from the South American yucca root and is prevalent in Brazilian cuisine as a key ingredient in stews. Luaces uses cassava flour, which she says is the most "wheat-like flour," in her bakery. She suggests only using the one-to-one ratio to make dense yet moist bread, but otherwise, it should be used in a blend.

Aside from bread, you can use cassava flour to make tortillas, naan bread, cookies and pancakes. It's naturally gluten-free. It has a mild flavor with a subtle texture that it's easy to mix with other flours, Moore says.

Buckwheat flour has a very distinct tart and sour flavor, says Luaces, that can be polarizing. The earthy grain will turn any baked good dark gray, so keep that in mind. The darker the flour, the more nutrients, but also the stronger the taste.

Buckwheat flour is good for making pancakes and other baked goods like pie crusts. More importantly, you can also use it to make soba. "Many people are surprised to learn that buckwheat is not actually a grain but technically a seed," Moore explains.

Luaces says she uses two types of white rice flour in her bakery blends — white rice and sweet white rice — as they have distinct flavors and uses. "Sweet white rice is way starchier and stretchier and used in things like mochi," she says. But it's also good for thickening sauces in Asian dishes. White rice flour has the benefit of being flavorless, so its uses are endless; you can deep-fry food by using it as breading, for example.

Sorghum flour is made from sorghum grain, which is high in antioxidants. Researchers discovered that when policosanols — the long-chained alcohols lipids from sorghum kernel wax — are consumed they may be as effective as statins at lowering cholesterol and cardiovascular disease. The flour has a light color, texture and a mildly sweet flavor that works well with other non-wheat blends to make flatbreads, baked goods and roti bread.

Excited to try your hand at non-wheat flour baking? Start with this easy almond pound cake made with almond flour.

Now That's Cool
Sorghum cereal grain has roots in southern Egypt, as it was used and collected 8,000 years ago. It's also an important part of food pyramids in India, many parts of Africa, and most recently, the U.S. The most common Sorghum kernels are white, bronze and brown.

Munchkin Cats: The Wiener Dogs of the Feline World

How Photosynthesis Captures Light and Powers Life on Earth 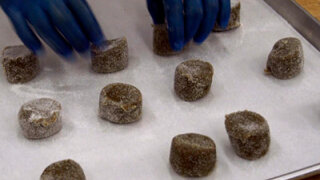 How to Eat a Gluten-free Diet 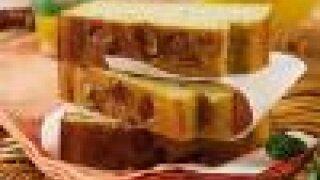 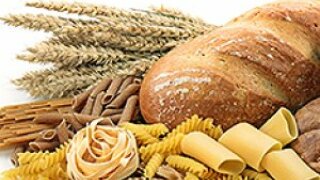