How long should you grill bratwurst? 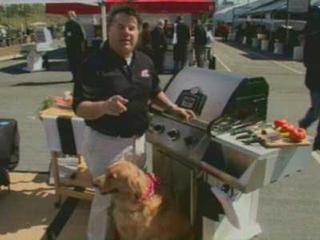 How you grill a bratwurst has much to do with whether it’s fresh or precooked. To prepare a precooked bratwurst, all you need to do is heat it up and serve. In contrast, you’ll have to follow a specific set of instructions if you plan to grill up a fresh bratwurst. For one thing, it’s recommended that you separate fresh bratwurst from cooked food. It’s also a good idea to cook it so it reaches a temperature of 160 degrees Fahrenheit (71.1 degrees Celsius).

It’s possible to cook up a bratwurst entirely by grilling; however, doing so will cause the outside of the beef to burn before the meat is cooked through. As such, it’s easier to cook fresh or raw bratwurst by first braising or poaching it in a flavorful liquid like beer. The next step will be to allow the bratwurst to turn brown while on the grill.

Before you get to grilling, you’ll want to fire up your barbecue grill. Next, pour a can of beer into a pot or pan that has an ovenproof handle. Once you’ve done this, put the saucepan on the preheated grill. Pierce the beef in several spots with a sharp knife and place the meat into the beer-filled pan on the grill. Next, allow the beef to simmer on an uncovered grill for approximately 15 minutes over medium coals or medium heat on a gas grill. It’s important to turn the bratwurst over once during this period. After 15 minutes or so, remove the bratwurst from the saucepan. The final thing to do is to grill the bratwurst directly over the grill’s heat until it has turned brown and is cooked through, which usually takes about 10 minutes. You should turn the bratwurst approximately halfway into the grilling time.