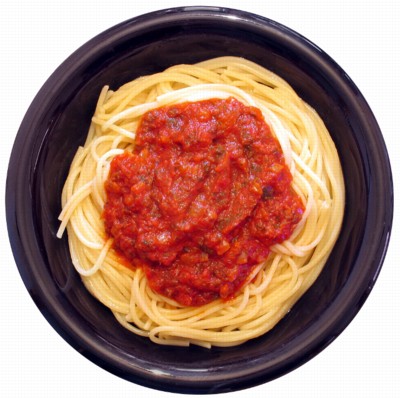 Q. Are there any other uses for jarred spaghetti sauce other than topping pasta?

A. A jar of spaghetti sauce can be as comforting as an old friend. It's sure to please -- just twist off the lid, heat it up, and serve it over spaghetti, between layers of lasagna, or tossed with penne. However, why stop at pasta? This pantry staple can be the flavor base for a variety of dishes.

Spaghetti sauce is essentially tomato sauce with onions and herbs, and when you think of it in those terms you're less likely to limit its uses. And with all the varieties on the grocery store shelves, a whole new world of flavors is available to give new twists to your favorite non-­pasta dishes.

Following are some ideas for using spaghetti sauce in:

For spaghetti sauce and other sauce recipes, see: