by Shaun Chavis Oct 13, 2017
General Mills has had a licensing agreement with 'Star Wars' since 1977, and has included toys and prizes from the movie franchise in many of its cereals. General Mills

Who among us hasn't dumped an entire box of cereal just to get the prize inside? Well, consider this: It might take just seconds to empty the box to get to that toy, but it can take up to 18 months to get it there.

That's according to Mike Siemienas, a spokesman for General Mills, who says his company considers all kinds of variables before deciding what prizes make it into their cereals, including the toy category in general, play trends and influences from kids.

After all, it's all about the kids. They've been clamoring for the those prizes and games since 1909 when Kellogg's became the first company to begin using "premiums" in its cereal products. General Mills followed in the 1930s, and has tempted the tiniest of diners with the best of American pop culture treats, including Lone Ranger comic books, Green Hornet rings, Hello Kitty stickers, and of course, "Star Wars" goodies. The most nostalgic cereal toys are now collectibles.

Toys became such a significant part of marketing cereal that General Mills had its own toy division from 1965 through the mid-'80s, acquiring Rainbow Crafts (the company that made Play-Doh), Kenner and Parker Brothers to create it. Aside from producing toys for its cereals, General Mills toy division produced some of the most memorable toys of that time, including Betty Crocker Easy-Bake Ovens, the Spirograph, Nerf balls, and action figures for the popular '70s TV series "Six-Million Dollar Man" and "Bionic Woman."

Perhaps the company's most successful collaboration is its partnership with the "Star Wars" franchise. In 1977, the year the eponymous first film in the series (now known more elaborately as "Star Wars: Episode IV - A New Hope") debuted in theaters, General Mills and its toy division, Kenner, jumped at the chance several companies turned down: a licensing opportunity with the film. The gamble paid off. "Star Wars: Episode IV - A New Hope" was a huge success. A year later, General Mills (via Kenner) created the 12 original "Star Wars" action figures and a plastic Millennium Falcon spaceship, and its Cheerios, Trix, Cocoa Puffs and Lucky Charms cereals had "Star Wars" movie posters, stick-on toys, cards, hang gliders and kites inside for fans.

Through the years, not only have toys changed to reflect what's in the box office, the toys have also changed with children's expectations. Now, there's a "greater interest in the collectability of an in-box premium," Siemienas says via email, and the quality of the play experience matters, too. Parents, and by proxy, their children, affect what toys become box premiums through studies where parents share what their children like and don't like.

"Our goal is to team up with the best partners that are relevant to current cultural trends and give-away items that the whole family may enjoy," Siemienas says. "Some items are for short-term fun and others are collectibles that people keep for years." But, he says, other things impact the toys they choose, too, including their collectability, size, safety standards and the fun they bring to consumers.

General Mills no longer has a toy division (General Mills spun off Kenner Parker Toys in 1985) but its licensing partnership with "Star Wars" is solid. After 40 years, the company is now including "Star Wars" toys and premiums designed to appeal not only to children, but to the first generation of "Star Wars" fans — the parents who are now sharing their favorite film franchise with their children. "This behavior is most prevalent when the adult and child have a shared interest in an established versus new property," Siemienas says.

As for what you can expect in or on cereal boxes in the future, General Mills doesn't like to spoil the surprise. Though it's safe to assume that "Star Wars" will appear on the cereal aisle again soon, with "Star Wars: The Last Jedi" coming to theaters in December. But, as Siemienas told us, "If we weren't excited about a premium item, we would not put it in a box."

Now That's Interesting
The very first cereal box prize was a book — "The Funny Jungleland Moving Pictures Book" — offered by Kellogg's in 1909. By 1912, Kellogg's had distributed 2.5 million copies and kept the book in production for 28 years.

Antarctic Farm Could One Day Journey to Mars 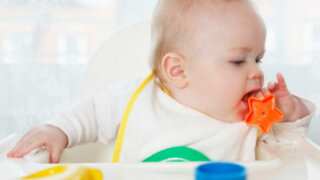 How do I know if my child's toys are safe? 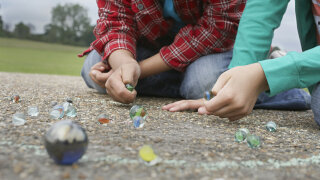 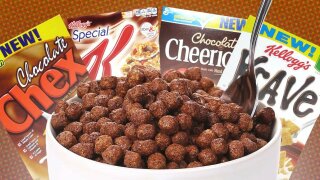 New Chocolate Breakfast Cereals Claim to Be Healthy. But What Sounds Too Good …