When did we begin genetically engineering food? 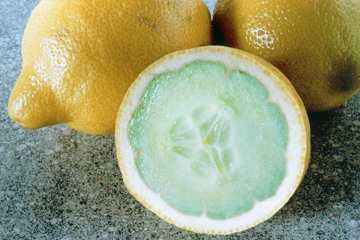 While the World Health Organization has declared that genetically modified organisms are safe, they continue to be controversial for many reasons.
© Thorsten Mischke/Corbis

If you want to be literal about it, the genetic engineering of food began thousands of years ago. As controversy rages around the cultivation and sale of genetically modified foods today, we sometimes forget that the concept has been around for quite a long time. While our ancient ancestors certainly weren't using gene guns to zap copied genes directly into plant cells, they did alter plant genomes through cross-breeding and selective breeding to achieve the characteristics they wanted, such as larger size, better taste and greater crop yield.

But if we're talking about genetic modification as it exists today, with crops being altered for pesticide resistance and beefed up with extra vitamins and minerals (among other traits), that began in the 1970s, when biologists at Stanford University figured out a way to move genes among different strains of bacteria. The groundwork for this project had been being laid for decades, with the development of DNA recombination and cloning and the discovery of the double-helix DNA structure. But the field of agricultural biotechnology exploded in the '70s and '80s. China introduced the first commercially cultivated genetically modified crop — a virus-resistant tobacco plant — in 1988.

Many of the first genetically modified crops were developed for resistance to viruses. In 1992, the U.S. Food and Drug Administration announced that genetically engineered foods were safe and thus did not have to be specially regulated. That same year, the Flavr Savr tomato became the first genetically engineered food approved for sale in the United States — it was developed to have a longer shelf life. But the Flavr Savr was a flop, mostly because of high production and distribution costs. Genetic engineering's focus soon shifted to herbicide tolerance and insecticide resistance, and the market exploded. Many seeds are now engineered specifically for use with certain pesticides or insecticides.

Although the World Health Organization has declared that genetically modified organisms (GMOs) are safe for human consumption, they continue to be controversial for many reasons — including a suspicion that they carry hidden health risks, concern about environmental dangers and distrust of corporate agriculture. Resistance to GMOs is higher in Europe, but in the U.S. it's estimated that 70 percent of processed foods contain genetically engineered ingredients [source: Scientific American]. Without a doubt, genetically modified crops increase a farm's output — corn, cotton and soybean yields have shot up 20 to 30 percent, according to one source. They also require less water and fewer pesticides than non-GMO crops, which drives down the price of food. There's also enormous potential for genetically modified crops in the developing world, with products like "golden rice," which contains much-needed vitamin A. But because of the widespread suspicion of and protest against GMOs, many of these products have yet to see the light.