by Jesslyn Shields Feb 23, 2017
Which sounds more satisfying when you're hungry, warm stew or a plate of raw vegetables? Tobias Titz/Getty Images

You know that ravenously hungry feeling you get after going swimming? It feels like you could go to an all-you-can-eat buffet and make them rethink their business strategy. But though a salad or a granola bar, or even a nice smoothie would probably satisfy you, a voice echoing out of the deepest recesses of your brain commands you to feed it something hot: an entire large pizza, perhaps. A whole side of roast hog. Thirteen plates of spaghetti covered in butter and Parmesan cheese.

There could be a lot of reasons we crave warm foods when we're especially hungry, but one of them probably has to do with the link between smell and taste:

"I would suggest that it is smell that draws us to hot food compared to cold or raw foods," says Dr. Stephen Secor, an associate professor in the University of Alabama Department of Biological Sciences who studies the physiological design of digestive systems. "Hot food emanates much more airborne particles than cold foods, and since a large part of our taste sensation also involves smell, hot food would therefore provide positive reinforcement in its selection."

Just consider how quickly the smell of barbecue cooking can make you feel hungry. You might not have been ready for lunch before, but now you sure as heck are. Cold gazpacho simply doesn't stimulate the senses like a warm minestrone, so even though we intellectually know that cold soup is going to be tasty and fill us up, our olfactory apparatus hasn't yet been apprised of the situation, making it hard to get all parts of the brain on the gazpacho bandwagon.

But smell may not be the only reason we crave a hot meal more than a cold one. Since heating food unlocks calories and nutrients we wouldn't be able to get eating the food raw, and since our big brains are very calorie-needy, our preference for hot meals might have something to do with our brains steering us towards the most potential calories possible in the moment of hunger. According to Richard Wrangham, a biological anthropologist at Harvard and author of "Catching Fire: How Cooking Made Us Human," the important comparison is between foods that are cooked and differ only in temperature.

"Hot food very likely yields more net energy gain than cold food partly because of changes in digestibility," says Wrangham. "One example is that starch becomes increasingly refractory after hot bread cools, which could be one reason why we like hot toast. In the case of lipid-rich foods, the closer a fat is to its melting point when eaten, probably the easier it is digested."

According to Secor, while it's possible we crave a warm meal because it makes it easier to digest and get the calories more quickly, he doesn't necessarily agree that we crave hot food because it's more nutritious:

"I don't take much stock that cooked foods are being preferred because they might provide more calories if you assume that cooking unlocks nutrients and calories," he says. "The cooking of food could facilitate digestion because it has started the breakdown of food structure, but chewing and the digestive processes of the gut does a pretty good job of that, even with cold or uncooked food. A cooked hamburger that is cold or hot would probably provide an equal amount of calories and take the same amount of effort to digest."

So, while there might be some selected drive hidden in our behavior to crave cooked food for nutritional gains, the craving is very likely driven by a nice memory of the taste and smell of a burger right off the grill or your mom's macaroni and cheese.

Now That's Interesting
Humans are not the only primate that can detect food temperature, and even small changes in temperature can make a big difference in how satisfaction in food is perceived.

Mind-blowing, Mysterious and Maddening: Our Best Stories You Might Have Missed 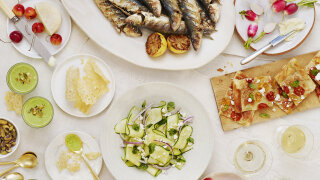 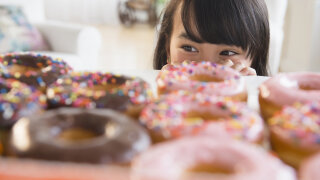 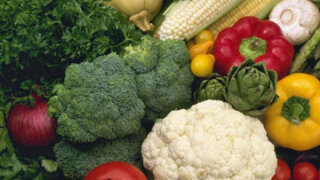 Does cooking vegetables diminish their nutrients? 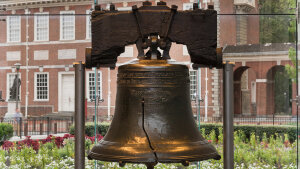 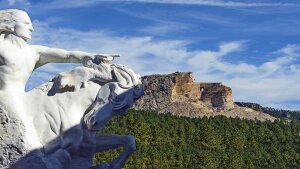 A Monumental Tribute to Crazy Horse Has Been Taking Shape for Decades
June 30, 2020