5 Things You Didn't Know About Doughnuts

by Kathryn Whitbourne Jun 2, 2017
Fresh hot doughnuts from a Miami Krispy Kreme are seen in this 2016 shot. Joe Raedle/Getty Images

Doughnuts are funny. If you don't believe it, think of saying the word in a Homer Simpson voice: "DOUGH-NUTS!" Executive producer of "The Simpsons" Al Jean once said, "Just look at the words: 'dough' and 'nuts.' They're both hilarious!" But though there is some humor in doughnuts, there's also a serious side too. (By the way, the dictionary favors the "doughnut" spelling. The "donut" version was popularized by a certain bakery chain.) Here are five facts you may not know about doughnuts.

1. They Were Originally Called "Oily Cakes."

Doesn't sound very appetizing, does it? Historians believe that the doughnut came to America via the Dutch who had a desert called olykoeks ("oily cakes"), which were sweet balls of dough fried in oil or lard and served during the Christmas holidays. In the mid-19th century, a Maine woman named Elizabeth Gregory deep-fried some dough for her son, who was a sea captain, to take on his voyages. She put nuts in the center of the pastry and created a literal doughnut. However, the doughnut may actually have originated in England. In 2013, a food historian found a recipe book written in 1800 by a baroness in Hertfordshire, England, which had a recipe for a "dow nut" which used flour, sugar, butter, nutmeg, yeast — and 10 eggs. She fried the whole thing in pork lard.

An entertaining story says that Capt. Hanson Gregory made the first doughnut hole when he spiked one of his mother's doughnuts on a spoke of his ship's wheel. This allowed him to keep his hands free to steer the vessel. In another version, Gregory told The Washington Post he used the cover of a pepper tin to make a doughnut hole, which would make his mother's doughnuts less tough when she fried them. But culinary historian Linda Civitello wrote that an unknown person created the hole so the doughnut would cook faster. The hole lets the entire doughnut cook at the same rate, so you don't have a raw center and burned edges. By the way, the "doughnut holes" that you can buy at some bakeries are made separately, as baking machinery nowadays can create a doughnut shaped like a ring.

3. World War I Meant Victory for the Doughnut.

During World War I, Salvation Army volunteers served doughnuts to soldiers on the frontlines, cementing the snack's image as a wholesome slice of home. The same thing happened during World War II, and many a returning veteran opened up a doughnut shop. But the "doughboy" nickname for WWI soldiers had nothing to do with doughnuts. It may have come from the Mexican War of 1846-48 when Americans got covered in dust on their treks, looking like they were enveloped in flour or dough.

4. The Calories Will Kill You.

Doughnuts are not an everyday treat for those watching their weight. A plain Krispy Kreme glazed doughnut has 190 calories, 5 grams of saturated fat (25 percent of the recommended dietary allowance, or RDA) and 10 grams of sugar (the RDA is 25 grams). A Dunkin' Donuts chocolate pretzel doughnut has 400 calories, 12 grams of saturated fat and 19 grams of sugar! And doughnuts aren't that nutritious. To save on calories, website FitDay advises to go for sprinkles rather than frosting on your doughnut or to try munching on a doughnut hole instead. "If you must indulge in a doughnut with over 500 calories, try splitting the doughnut with a friend," the site says. As if!

5. Yes, Cops Really Do Hang Out at Doughnut Shops.

It all started in the 1950s when police officers started to get cars and needed somewhere to park and do paperwork during the night beats. Doughnut shops had started to proliferate at the same time and were often open at 3 or 4 a.m. to get ready for the morning rush. The shops provided a place to stop and an energy-boosting snack with lots of carbs and sugar. Furthermore, doughnut shops liked to have cops around for protection. In the book "Donut: History, Recipes, and Lore from Boston to Berlin," the former mayor and police chief of Philadelphia, Frank Rizzo, said, "When I was a cop — even though I had breakfast at home — there was nothing I liked better than a big thick doughnut and a cup of coffee. You got out there, walked around, rolled in the streets with the criminals [and burned] the calories off." William Rosenberg, who founded Dunkin' Donuts, had an explicit policy that his restaurants should be "hospitable" to the police, as it kept the crime rate at their stores "very low."

The TV show "Superior Donuts" plays into the cops in the doughnut shop cliche in this scene.
Sonja Flemming/CBS via Getty Images
Now That's Hot
Krispy Kreme has been around since 1937 but didn't have a retail store until relatively late, in 1989. The "Hot Doughnuts Now" light (which lets customers know when a warm batch of doughnuts is ready) was turned on in 1992.

Why Snakebite Antivenom Is So Astronomically Expensive

Curious, Crazy and Compelling: Our Best Stories You Might Have Missed This Week 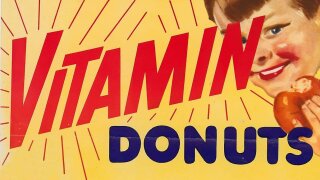 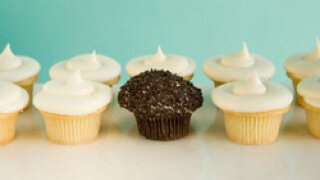 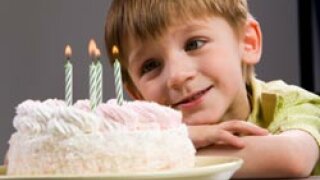