Can you buy deli meat without preservatives? 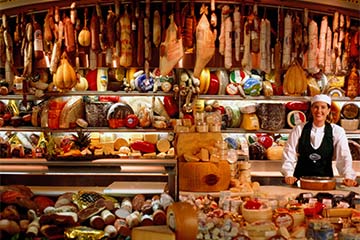 There's no way to have deli meat without some nitrates and nitrites added — whether natural or artificial.
DreamPictures/Stone/Thinkstock

For many of us, lunch just isn't lunch without a ham-and-cheese sandwich or a turkey sub. We know that deli meats aren't exactly the healthiest foods around, but cold-cut sandwiches are part of the routine. They're so easy to make — and it also can be easy to ignore that long and mysterious list of ingredients on the labels of so many brands of prepackaged meats. In recent years, though, there's been a growing outcry about nitrates and nitrates, the artificial preservatives used in almost every type of processed meat, which have been linked to cell damage and cancer. A new breed of deli meats has swooped into the market boasting of "all-natural ingredients" and "no added nitrates or nitrites."

What exactly are these evil substances? It's a long and chemically elaborate story, but nitrites and nitrates have a few main purposes when used in deli meat: They fight the deadly Clostridium botulinumbacteria and deliver that appealing pinkish color. They also — no one is quite sure how — give deli meats their distinctive taste and feel. However, the form these preservatives start to take as they're cooked or digested also can harm our cells and lead to cancer (you'd probably have to eat an outrageous amount a day to reach dangerous levels, but still, the potential is there). Thus the uproar about adding chemically produced nitrites and nitrates to deli meat.

Here's the thing, though: We consume nitrites and nitrates all the time, and deli meats are a minor source of them. Most of the nitrites in our bodies (about 80 percent) come from vegetables such as spinach, radishes, celery and lettuce [sources: Sebranek, Yoquinto]. These natural nitrates and nitrites are chemically identical to the artificial versions in our ham-and-cheese sandwiches — which is exactly why deli-meat producers use them to preserve their "chemical-free" and "natural" meats.

Yes, it's true — there's no such thing as preservative-free deli meat. Without preservatives, it would have no shelf life, appear unappetizingly discolored and teem with bacteria. Nitrates and nitrites are basically the only way to get the job done, so even organic and "natural" products contain them, mostly from vegetable sources such as celery powder and juice. And although the U.S. Department of Agriculture limits artificial nitrite levels in packaged meats, there's less regulation of meats with natural, but still nitrite-laden, preservatives.

The supermarket deli section, therefore, can be a confusing place. There's a vast gray area between the chemical-filled meats and the organic stuff (which, to be clear, do contain natural nitrites!) Many experts say this largely nonstandardized system allows meat producers to be deliberately misleading. Here are a few common labels and claims used by deli-meat makers:

Most experts say that no matter what the source of the nitrites in your meat, they're in such negligible amounts that you don't have to worry. But maybe you'll want to steer toward the natural variety if you'd like to avoid extra chemicals. If you're looking for a totally preservative-free turkey sub, you're unfortunately out of luck — unless you carve the bird yourself. 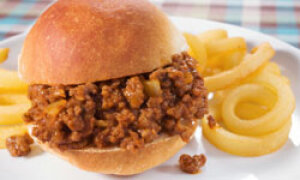 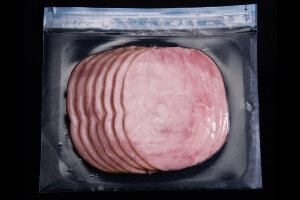