What makes us crave comfort foods? 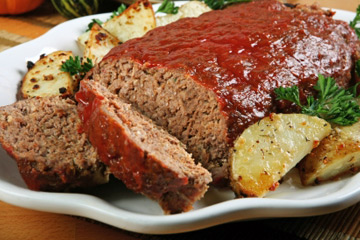 Comfort foods can make you feel better when you're down. See more pictures of comfort foods.
©iStockphoto.com/adlifemarketing

If you've ever longed for a piece of your grandmother's apple pie or had an intense need for potato chips, then you've probably had a food craving for a comfort food. In this article, we're going to explore comfort food cravings, including why you might be craving them and some tactics to deal with your cravings.

There can be a number of reasons for desiring a comfort food. First, you may simply just be hungry. "The reason most food cravings occur is because a lot of people have waited too long to eat," says Keri Gans RD, spokesperson for the American Dietetic Association.

When you're hungry, naturally, you think about food. You probably aren't going to think about the foods that you don't like; instead, you'll most likely fantasize about your favorite foods such as a cookie or a cheeseburger [source: Gans]. "For the average person, most don't crave a vegetable," says Gans. "They like them, but they don't love them."

Aside from being hungry, you might have an emotional reason for wanting a comfort food. "Food cravings are really more psychological, then physiological," says Gans. "It's usually something that someone thinks that they really want, not that their body is telling them they really need."

These emotional triggers can be anything from feeling lonely or upset to being elated [source: Taub-Dix]. You may link certain foods with making you feel better. Certain experts believe that carbohydrates, such as muffins or pastries, actually can chemically lift your mood [source: New York University Student Health Center]. According to Bonnie Taub-Dix RD, weight loss expert in New York and spokesperson for the American Dietetic Association, carbohydrates, a large component of many comfort foods, may raise serotonin levels producing a feel-good sensation in your brain.

Stressful situations can also cause cravings for comfort foods. "If a person is feeling very stressful, they want to reach for something that they think is going to make them feel better," says Gans. "We go to those foods that we really enjoy."

Obviously, the best way to stave off cravings is to not get them in the first place. Gans recommends eating every 3 to 4 hours and being prepared with nutritious snacks in between. Also, don't restrict your favorite foods completely because it can make you think about them even more, instead make them occasional foods [source: Gans].

If you still get a craving, fulfilling it with a portion-controlled amount of the wanted food is one responsible way to stop the craving [source: Taub-Dix]. You can also try distractions or substitutions. Distractions usually include an activity such as taking a walk, surfing the Internet or reading a book. A substitution could be having air-popped popcorn instead of chips or trying chocolate pudding instead of chocolate mousse.

Knowing the common reasons for comfort food cravings, and avoiding those, can help you to stay in control of your food choices.

Some comfort foods may not be as bad for you as you think. Take a chocolate sandwich cookie. At around 52 calories, it might be a far better choice than a medium frosted cake doughnut with more than 250 calories [source: U.S. Department of Agriculture, Nabisco World, and Krispy Kreme Doughnuts]