Can I eat anything I want as long as I drink red wine?

A study published in the online version of the journal Nature has been called the "Holy Grail of aging research," and its results aren't even fully understood at this point. In the study, obese mice fed absurdly large amounts of red-wine extract developed none of the health problems normally associated with obesity.

The red-wine extract used in the study is called resveratrol. The lead researcher for the study, Dr. David Sinclair of Harvard Medical School, who also owns a pharmaceutical company working to develop and market a drug based on these results, had been looking for a compound that activated the "longevity gene" SIRT-1. Science has known for decades that this gene responds to metabolic processes and seems to release a life-sustaining protein called sirtuin in response to a low-calorie diet. This effect is most likely an evolutionary development designed to keep people alive in times of famine so they could make it through the food shortage, start eating again, and reproduce. What Sinclair's group found was that resveratrol appears to activate SIRT-1, although some biochemists say the full chemical data to support that finding are absent from Sinclair's published article. What is pretty clear, however, is that resveratrol has dramatic effects when combined with a high-calorie diet.

The overfed mice who were also given high doses of resveratrol were fat, active and healthy, living as long as the mice in the "healthy weight" group and far longer than the mice in the overfed group who did not get the red-wine extract. Those mice developed insulin resistance (associated with diabetes in humans) and liver problems, were slow and inactive, and died young. In the overfed-plus-resveratrol group, the resveratrol appears to have negated all of the ill effects of overeating except for weight gain.

But don't run out and start adding red wine to your diet because of this study. First of all, like other supplements, what is good for you in small doses may be bad for you in large doses, and resveratrol has not been proven safe for humans in high doses. Also, while the protein sirtuin is believed to increase lifespan, it also has been shown to decrease fertility when activated by a restricted-calorie diet. If resveratrol is indeed mimicking the chemical effects of a calorie-restricted diet in order to activate SIRT-1, fertility issues are a potential side effect, although Sinclair found no evidence of decreased fertility in his study.

And there's one inescapable reason why you're going to have to wait a while before you can reap the benefits of this research: An adult would have to drink about 1,000 bottles of red wine a day to get the dose of resveratrol the mice got in the study. While small amounts of red wine have been shown to be good for the heart, it seems unlikely that humans could get the therapeutic effects of resveratrol observed in this study from drinking red wine. Sinclair's company, Sirtris Pharmaceuticals, is working to develop a chemical that mimics the effects of resveratrol but works in a lower dose. The company estimates about a five-year wait before this type of drug would be ready for FDA approval.

For more information on obesity and resveratrol, as well as related topics, check out the links on the next page.

Up Next
Manischewitz: The Great History of the Not-so-great Wine
This syrupy sweet wine is synonymous with Passover and other Jewish holidays. So why is it popular with so many people outside the Jewish community as well?
Explore More

Julia Layton "Can I eat anything I want as long as I drink red wine?" 3 November 2006.
HowStuffWorks.com. <https://recipes.howstuffworks.com/food-facts/red-wine.htm> 4 March 2021
Citation 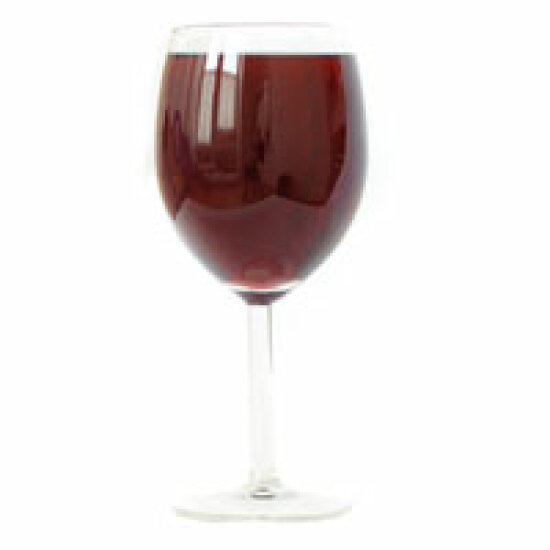 Can I eat anything I want as long as I drink red wine? 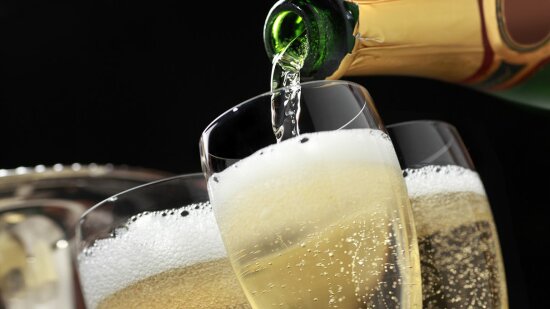 Champagne Science: There's a Lot Going on in That Bottle of Bubbly 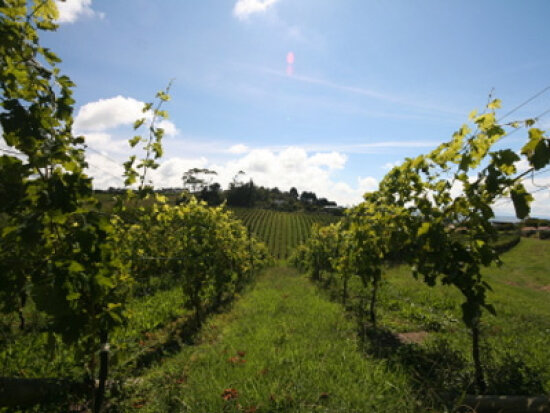