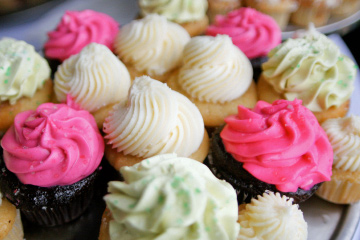 Cupcakes and Cakes for a New Era Image Gallery Going vegan doesn't mean you have to sacrifice taste or appeal in your cakes and cupcakes. See more pictures of cupcakes and cakes.
©iStockphoto.com/sjharmon

To be a vegetarian, you must eliminate all meat from your diet. This means no chicken, beef, pork, seafood or anything else that walks, crawls or flies. Vegans take it one step further and avoid all animal products in any form, which means no milk, eggs, cheese or honey. This also means vegans won't go near any animal-related consumer goods outside of the kitchen, such as leather, wool, fur, silk, or soaps and cosmetics made with animal byproducts. With so many limitations, it's a good thing that sweet treats aren't on that list. Or are they?

The problem is, most traditional baked goods contain dairy. Eggs, milk and butter are all common ingredients in cakes, cupcakes and pretty much every other baked good you can think of. Replacing these ingredients with their vegan counterparts is the key to, and most challenging aspect, of vegan baking. But have no fear, because being a vegan doesn't mean squashing your sweet tooth. Here are some basics you need to know about vegan cakes and cupcakes.

Eggs are very necessary to baking and difficult to replicate with a replacement ingredient. They're used to perform many functions in baking, from thickening and binding other ingredients to leavening and providing structure to the final product. There are a few things you can use to replace eggs. Flax seeds that are ground by hand and mixed with water can serve as one option. Silken tofu and a mashed banana can also act as egg replacements, depending on the recipe. The flax works well for muffins; the tofu and bananas are better for cakes and cupcakes. There's a product you can buy in stores made by the company Ener-G that many vegans swear by. It's called the Ener-G Egg Replacer, and its main ingredients are potato starch and tapioca starch flour. These two ingredients are supposed to closely mimic the role of the egg in vegan cakes and cupcakes. Some vegans recommend it for cookies, but claim they can taste it in lighter items like cakes and cupcakes.

Replacing milk in your vegan cake recipe is the easiest part. Instead of using cow's milk, just substitute soy, almond or rice milk. Each of these has a slightly different taste, so you should experiment to see which one works best for your cake recipes. They all come in different flavors, like vanilla and chocolate, which helps to add even more flavor.

Butter is actually pretty easy to replace as well, because of its counterpart, margarine. Margarine is most commonly used in lieu of butter in vegan recipes because it's similar in flavor, color and texture, but it's made of vegetable fat instead of cream. Some vegan cake recipes might even call for canola or vegetable oil instead. Keep in mind that one stick of butter is equal to about 1/3 cup of oil. If you want to get a little wacky with your butter replacement, try using a prune puree. That's right, one half cup of pitted prunes pureed with one 1/4 cup of water can actually do the job of a stick of butter.

Not all wines, beers and spirits are vegan. Preservatives, colorings and additional flavors can be derived from animal ingredients, so look for a vegan or vegetarian label before purchasing. 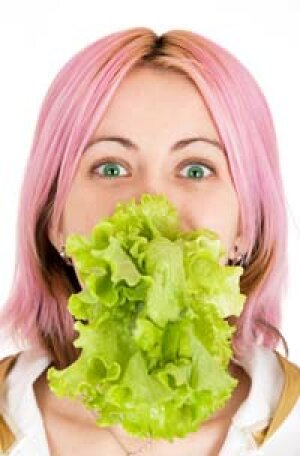 How do vegetarians get enough protein? 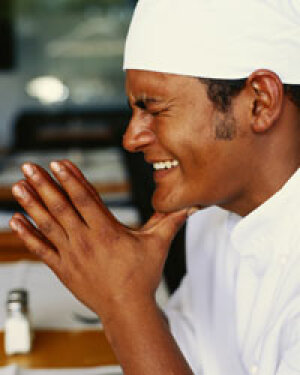