Who invented the cupcake? 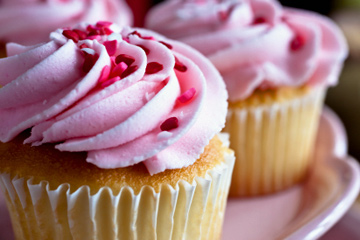 Who's to blame for making the sugary goodness we call cupcakes? See more pictures of cupcakes and cakes.
©iStockphoto.com/MentalArt

Cupcakes seem uniquely suited to our modern sensibilities. They're portion-controlled, portable, easy to make in batches, open to lots of decorating strategies, tasty and can be inexpensive to make. To explore the murky history of the cupcake, though, it's first necessary to distinguish them from cup cakes (the space is important). It opens the door to a debate about which came first, a cake full of cups (of ingredients) or a cup filled with cake.

The modern idea of the cupcake is probably different from the historical origin of the phrase. Imagine being a cook in 19th-century Britain or North America. It's likely that you didn't know how to read, so your recipes, the closely guarded secrets of your culinary success, were memorized and handed down from generation to generation. The first incarnation of the cup cake was probably a standard cake recipe using ingredient quantities in cup measurements to make remembering the directions easier. It went something like this: one cup of butter, two cups of sugar, three cups of flour and so on. Pound cakes use the same device, by weight, for remembering ingredient proportions.

When food historians approach the topic of cupcakes, they run into a gray area in which the practice of making individual cup-sized cakes can become confused with the convention of making cakes with cup-measured ingredients. From a recipe published in 1828, we find instructions for baking a cup-measured cake in small tins instead of a large pan. This tells us that the origin of the diminutive cupcakes we all know and love dates from at least the early 19th century [source: Davidson].

The notion of baking small cakes in individual containers probably began with the use of clay or earthenware mugs. It could have been a way to use up extra batter; to make the most efficient use of a hot oven by placing small ramekins, or little baking dishes, in unused spaces; or to create an evenly baked product fast when fuel was in short supply.

Early in the 20th century, the advent of multi-cupcake molded tins brought modest mass production methods to cupcake making, and a modern baking tradition was born [source: University of Florida].

This leads to an interesting distinction between small, individual cake-like pastries. Muffins and cupcakes can look similar, so what's the real difference between them?

Well, although there's a margin for interpretation here, cupcakes are typically sweet confections while muffins are savory. Two notable differences are that cupcakes are usually frosted and have a lighter consistency than muffins. The muffin vs. cupcake question showcases one of the problems with making culinary divisions between similar foods. Both cupcakes and muffins can be made in the same style of tin and contain mostly the same ingredients.

The next time you're pondering what to serve at your next buffet or take to the office pitch-in, consider the little cupcake. It's a marvel of not-so-modern ingenuity. It originally may have announced how to make itself, and once dressed in a paper wrapper and a frosted top, it's as delicious as it is adorable.

If you want cupcakes fast, make a batch in advance and freeze them. Cupcakes freeze well and defrost quickly. Just set them out for an hour and then add frosting for a simple, quick dessert. 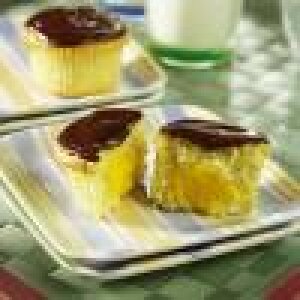 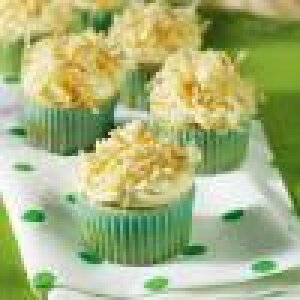 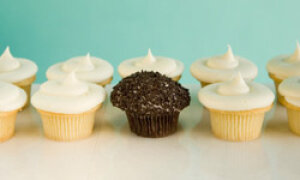