by Muriel Vega Jan 7, 2020
You can make homemade ghee in about an hour with a few sticks of butter. It just takes some patience and a watchful eye. Veena Nair/Getty Images

If you've ever been cooking and spotted the word ghee in your recipe and wondered, "what in the world is that?" well we're here to introduce you to the wonderfully rich world of this cooking fat.

Once you start using ghee, you'll likely fall in love, because it's unlike any other type of fat. First, it's delicious. And it has a high smoke-point, so it's ideal for most types of cooking. And it's shelf-stable, which means you can make it (or buy it at the grocery store), keep it in your pantry and pull it out any time you want to.

But first let's back up a bit and explain exactly what ghee is. Simply put, ghee is simmered butter, similar to clarified butter. The simmering process removes the water and milk solids in the butter, leading to a final product with a higher fat concentration.

Ghee's history extends thousands of years in Indian culture as it is used in the kitchen and for medicinal purposes through Ayurveda medicine, a 5,000 year old practice. "Ghee has been used in many cultures for a long time and has recently become trendy in the U.S.," says Lavy.

Ghee is praised and used for its anti-inflammatory and digestive attributes. It's also a pantry staple in Indian, Pakistani and Bangladeshi cuisines because ghee doesn't spoil in warm weather, (and has that long shelf life we already mentioned) thanks to its lack of water and milk. It can also provide a suitable butter replacement if for those who are lactose-intolerant or following diets such as Whole30 or paleo.

"This process gives ghee a different taste, which is often described as nutty," Lavy says.

How to Make Ghee

Ghee is a type of clarified butter. It's cooked until the milk solids are caramelized and turn golden brown. Note the darkened milk solids here at the bottom of the saucepan.
Larry Jacobsen/Flickr/(CC BY 2.0)

Butter is composed of about 20 percent water, Lavy says, so when you prepare ghee (or clarified butter for that matter) your yield will be about 80 percent of what you start with. Yes that means that you lose butter in the process. (Again, you could just opt to buy a jar of ghee at your local market, but note that it is typically expensive because it is labor-intensive to make.)

Ghee can be stored on the counter or the refrigerator, although it will typically last longer when stored in the fridge, Lavy says. Use a canning jar to save it and avoid getting any water in it as it will begin to harbor bacteria.

Removing the water and milk solids from the butter is precisely what makes ghee so ideal for high-heat cooking. It has a higher smoke point than butter's 350 degrees Fahrenheit (176 degrees Celsius), as well as most cooking oils, including grapeseed and canola's smoke point at 485 degrees Fahrenheit (251 degrees Celsius). So how do you cook with ghee?

"You can use ghee in place of butter from a culinary perspective, so I recommend starting by incorporating it into dishes that you would typically prepare with butter," Lavy says. She suggests using it to cook eggs, pasta and pan-fried foods, and even drizzling it over popcorn and fish to start.

You can also use ghee to sauté vegetables with garlic and ginger for a quick side dish. Or in a golden milk latte with turmeric and cardamom.

But she warns not to go overboard as it's high in fat. "While all foods can generally fit into a balanced, varied, nutritious diet, ghee is still similar to butter in terms of calories and fat content and should be used as butter would be used — in moderation."

Lavy says that while ghee can be used for baking, make sure to check the proportions beforehand. The fat content and lack of water or dairy could mess with your recipe.

Now That's Cool
Ghee doesn't have a particular smell even though it's full of butyric acid, the substance primarily used to make stink bombs. Anti-whaling ships sometimes use the smelly acid to derail whaling ships by throwing the stink bombs on board.

Deaf, Blind and Determined: How Helen Keller Learned to Communicate 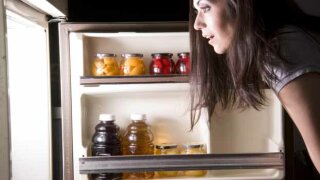 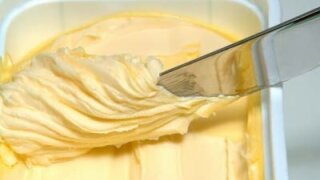 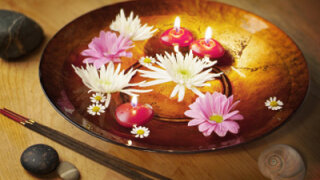