The muffuletta is of the best regional sandwiches.
DCL

Food, much like sports allegiances, is something we wear proudly on our sleeves as a badge that boasts, “Yep, I live here!” While many American cities offer seemingly limitless options for all sorts of global cuisines—keeping things interesting for people who live there, of course—nothing beats eating what you’re supposed to be eating in the very place you’re supposed to be eating it. Could anyone imagine visiting, say, Philadelphia for the very first time and not chowing down on a cheesesteak? Or passing up barbecue in Texas? It’d be downright sacrilege.

Which brings us to this look at the sandwich as a source of regional pride:

Diehards will argue that a lobster roll, however complex on the palate it may be, should consist of five—and five alone—ingredients: lobster meat (knuckle, claw, and preferably tail), mayonnaise, romaine lettuce (shredded), a hot dog bun (toasted), and butter (for the bread). New to the experience? Be skeptical of too much mayo or unnecessary seasonings—lobster meat is so grand a sandwich filling that it doesn’t need much to shine. Typically associated with low-key, bare-bones seafood joints dotting Maine, Cape Cod, and Rhode Island, in recent years the lobster roll has experienced a two-pronged growth. On the one hand, it’s clawed its way, to to speak, into restaurants hoping to recreate the fish-shack experience in places like Manhattan; on the other hand, fast-casual restaurants such as McDonald’s and Panera have begun serving them in summer.

A Philly staple since the 1930, the cheesesteak has too many iterations to count: if you were to ask 10 Philadelphians what makes a proper cheesesteak, you’d probably get 10 variations on a theme. Here’s what’s standard: some cut of steak (usually rib-eye or top round, and either chopped or shaved) is topped with cheese (freshly sliced provolone or Cheez Whiz), loaded onto some sort of bread (usually Amoroso or Vilotti-Pisanelli rolls), and served hot. It could stop there, but the cheesesteak could also be topped with sauteed onions, mushrooms, mayo, hot sauce, and other condiments. Pat’s and Geno’s, the two most famous—and most touristy—places to get a cheesesteak in Philly happen to be located across the street from each other, and common folklore about the city’s “best cheesesteak” holds that besides Pat’s and Geno’s there’s always “that other place” that no one can agree upon.

Forgo the Michelin-starred temples that make the NYC dining scene so famous and opt for something with a bit more history: a pastrami on rye. The birth of this sandwich is widely disputed—some credit a kosher butcher-turned restaurateur for whipping up the first one in 1887, others say it’s the founders of Katz’s deli, still located and in operation on the Lower East Side (and still best known to America as the setting for that unforgettable scene from When Harry Met Sally). In 1888, Katz's did the same thing as the kosher butcher did the year before —but however you, er, slice it, here’s the scoop: the navel end of the brisket, cured in brine and coated with a mix of spices (garlic, coriander, paprika, and so on), smoked, steamed, and served on rye bread with Russian dressing and a side of coleslaw.

People will argue that the muffuletta—pronounced moo-foo-LET-ta or muff-uh-LOT-uh—is hands-down the best sandwich in the country. Perhaps that’s because of its complexity: Italian meats (capicola, salami, pepperoni), plus ham, Swiss, provolone, and a marinated olive salad, all piled between two pieces of muffuletta bread, which is similar in taste and feel to focaccia. Today, the Central Grocery in the French Quarter, where the muffuletta was first produced in 1906 by Sicilian immigrants, is constantly packed and notoriously strict, à la Seinfeld’s Soup Nazi, about its line policy.

If ever three letters were to encapsulate the food traditions of seven states, it would undoubtedly be B-B-Q. Of course, this is a catchall term with a whole host of mouth-watering applications, from old-school brisket barbecue in Texas to pulled pork BBQ in North Carolina, Georgia, and Alabama. What’s common to all: meat that’s cooked slow and low for many hours and usually outside, smothered in some sort of sauce (usually made from vinegar, ketchup, or sweet tomato-based), and piled on a bun. The trend has gained so much speed that Burger King launched a line of regional barbecue sandwiches this summer, complete with “Memphis BBQ Pulled Pork,” “Texas BBQ Whopper,” and “Carolina BBQ Tendergrill.”

In recent years, while the city around them has evolved into a veritable temple to fine dining, old-school Chicago Italian beef joints keep on doing what they do best: churning out the sort of sandwich that’s hard to find anywhere else in the country. First created in the ‘30s, the Italian beef sandwich consists of thinly sliced roast beef that’s been seasoned with garlic, oregano, and other spices, stuffed into a long, Italian-style roll, and topped with either pickled vegetables or sauteed sweet peppers. Two key things: the meat must be extremely juicy—the drippier, the better—and the roll must be dense enough to act like a sponge, yet not so dense that it’s hard to the teeth: indeed a balancing act.

One might think of California as the land of sun-kissed people who routinely do yoga and commit to juice cleanses, but lately the southern part of the state has experienced a boom in the fast-food burger department. Perhaps the most obvious example is In-N-Out, which opened in 1948 as a single drive-through in suburban Los Angeles, and has since expanded to 275 stores. In-N-Out has become so trendy, in fact, that it has a highly coveted entity in the restaurant world: a secret menu known only to superfans. Other notable fast-food burger chains populating Southern California: Carl’s Jr., Fatburger (a notorious celebrity favorite that’s been eternalized in Notorious B.I.G and Beastie Boys lyrics), and the ultra-trendy Umami Burger, which GQ named Burger of the Year in 2010. This is L.A. so yes—you can even valet your car at Umami Burger. 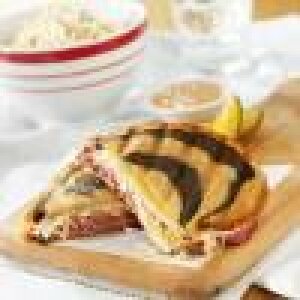 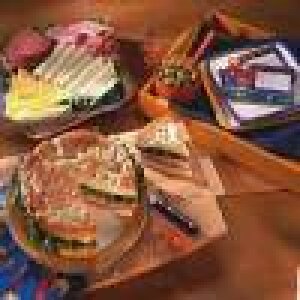