by Jeremy Glass Apr 30, 2020
The history of the gin and tonic is about as fascinating, subtropical and wild as the drink is light, refreshing and simple to make. Pexels

Every cocktail has an origin story that adds an element of history and romanticism with every single sip. Take the dark 'n' stormy — a go-to cocktail that came out of post-World War I Bermuda after American sailors sampled local ginger ale mixed with Gosling's Black Seal Rum. Then there's the cosmo. Made famous 50 years before "Sex and the City," the cosmopolitan was initially called a 'vodka gimlet' before a splash of cranberry juice turned it fancy.

Finally, the gin and tonic, a two-ish ingredient cocktail that pairs perfectly with early summer weather. To some, the combination of tonic water and gin seems like a no-brainer, but the origins of this drink can be traced back to pre-1900s India as — wait for it — a cure for malaria. Here's how it all went down.

From the 16th-century Netherlands to 19th-century India

"Gin's long and somewhat murky history gets going in the 16th-century Netherlands," says Alfonso Morodo, co-founder of Gin Mare Mediterranean Gin, "though mentions of gin's precursor, 'jenever' (Dutch for juniper) have been found in writings going back to the 13th century. Dutch gin as it was commonly known was later refined in and around London during the 17th and 18th centuries giving us the now ubiquitous London Dry gin, which is the dominant juniper-forward style available."

By the early 1700s, gin was all the rage in England, with an estimated quarter of households in London making their own gin. Soon after, gin's popularity led to an all-out path to insanity — now dubbed "mother's ruin" — as the liquor was blamed for all manner of troubles, from crime and madness to higher death rates and lower birth rates throughout the country.

Fast forward to 1857, when the British Empire took control of India. As the English forced their way through the country, they found their guns were no match for the powerful mosquito-borne disease, malaria. When left untreated, malaria can cause a host of terrible symptoms like fever, chills and flu-like illness, true even today with an estimated 228 million cases of malaria occurring worldwide in 2018 alone.

The indigenous peoples of Peru discovered that bark from the South American cinchona tree seemed to cure fever and chills, symptoms associated with malaria. In 1817, two French scientists — Pierre-Joseph Pelletier and Joseph-Bienaimé Caventou — discovered how to extract the bark's powerful medical compound, quinine, quickly monetizing their find and selling it as a means to cure malaria.

Jumping back a decade later, British officers under the threat of malaria in India found a way to make this bitter medicine a bit more palatable. How? They combined it with water, sugar, lime and gin: the very first iteration of the gin and tonic.

The gin and tonic has saved more Englishmen's lives and minds than all the doctors in the Empire.
Sir Winston Churchill

"Quinine is super bitter and is balanced by sugar in tonic water," says writer and educator, Camper English, in an email interview. "That bitterness makes the g & t a more sophisticated (from a flavor perspective) version of a basic highball. Tonic water is quinine-flavored soda ... and it turns out tonic is delicious with a splash of gin in it. The drink caught on after that and traveled with the British, and later came to America after WWII when Schweppes spent a lot of money advertising the drink — now as a casual rather than medicinal beverage."

Gin and Tonic Spreads to America

The popularity of the gin and tonic quickly spread throughout America before splashing down in other countries.

"The next big evolution in gin started in Barcelona in the early 2000s, with the explosion of the Spanish Gin Tonic," says Maurice Chevalier IV, educator at Hotaling & Co., the San Francisco producer of Junipero Gin, by email. "Developed in the high-end restaurant scene, this new style of drinking gin has spread from Spain to Italy and much of western Europe."

"A perfect g & t is going to be crisp and refreshing, while still a touch boozy," continues English. "It should be super carbonated so that the bubbles almost sting your tongue and leap into your eyes. All of these things are inviting and thirst-inducing: It's a drink you want to take a huge first gulp of rather than a dainty sip."

Now That's Interesting
"In Japan, particularly in the bar industry, the g & t is often said to be an indicator of the bar's style," says Naoki Tomoyoshi, the international business representative for Nikka Coffey Gin, by email. Their particular brand of gin incorporates Japanese Sansho peppers for a tangy hint of heat.

What's the Difference Between Cake Flour and All-purpose Flour?

The Tragic Life and Curious Death of Howard Hughes 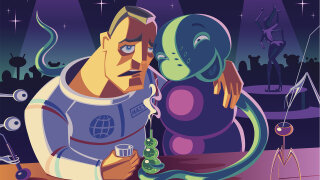 Here's the Buzz on Alcohol in Space 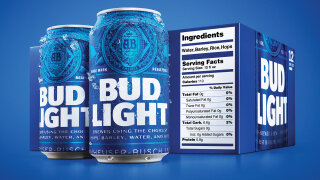 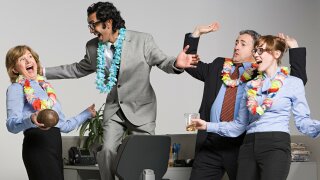 10 Things You Should Never Mix With Alcohol