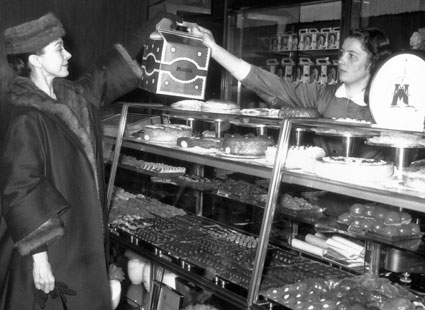 Culinary lore claims that ancient Egyptians placed an early version of the fruitcake on the tombs of loved ones, perhaps as food for the afterlife. But fruitcakes were not common until Roman times, when pomegranate seeds, pine nuts and barley mash were mixed together to form a ring-shaped dessert. Prized for its portability and shelf life, Roman soldiers often brought fruitcake with them to the battlefields. Later, in the Middle Ages, preserved fruit, spices and honey were added to the mix and fruitcakes gained popularity with crusaders [source: What's Cooking in America].

­With the colonies providing a boon in cheap, raw materials, 16th-century fruitcakes contained cupfuls of sugar, which added another density booster to the cake. In addition, fruits from the Mediterranean were candied and added to the mixture, along with nuts. Each successive century seemed to contribute yet another element to the cake, like alcohol during the Victorian era, until it became weighty with the cumulative harvests of the seasons.

In fact, by the early 18th century, fruitcake became synonymous with decadence and was outlawed in Europe, where it was proclaimed "sinfully rich" [source: Associated Content]. The law was eventually repealed since fruitcake had become an important part of the tea hour, particularly in England.

Recent centuries have seen fruitcake continue as a popular item to send to soldiers. One former soldier, Lance Nesta, rediscovered a fruitcake gifted to him in 1962 when he was stationed in Alaska. He had forgotten about the loaf, and it ended up in his mother's attic, where he found it 40 years later, claiming that at the time of receiving the present, "I opened it up and didn't know what to do with it. I sure wasn't going to eat it, and I liked my fellow soldiers too much to share it with them" [source: Breitbart].

The humble loaf has also appeared in popular culture like Truman Capote's "A Christmas Memory," which recounts young Capote's time spent with his eccentric cousin, who would commence to fruitcake-making when she deemed it proper "fruitcake weather."

But it's perhaps the former host of "The Tonight Show," Johnny Carson, who best determined fruitcake's place in the modern psyche. Deriding the loaf as a holiday reject, he once claimed that, "The worst gift is fruitcake. There is only one fruitcake in the entire world, and people keep sending it to each other" [source: Village Voice].

In the next section, we'll look at the physical qualities of fruitcakes and find out why some people begin "feeding" their fruitcakes a year in advance of their gifting or consumption.

All in the Fruitcake Family

Kin to the fruitcake, panettone and stollen have similar ingredients, like fruit and nuts. However, the Italian version, panettone, is lighter, with a cake-like consistency, and isn't made with alcohol. Stollen, fruitcake's German counterpart, has a lower sugar content and also omits alcohol [source: Village Voice]. 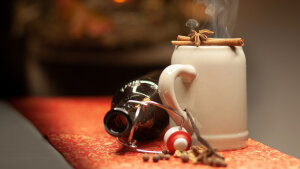 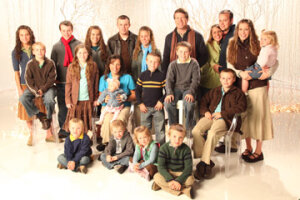 The Duggars on Their All-time Best Holiday Treats