Poutine Is Routine in Canada

"Canada's national dish" is not good for you, although it has enough calories to keep you from freezing to death in Montreal in the middle of January. Packing around 740 calories and 41 grams of fat per serving, poutine is a slurry of french fries, basic brown gravy and fresh cheese curds, or "squeakies," as Canadians like to call them. If you had to pigeonhole poutine, it would be under the category of "extreme fries."

"It's 'dare me' food," says Hugh Acheson, a Canadian-born chef, James Beard Award-winning writer and restaurateur (he owns restaurants in Atlanta and Athens, Georgia). Acheson also has served as judge on Bravo's "Top Chef." "It tastes good, but it ain't good for you, that's for sure."

And although poutine is considered a Canadian food, it's really native to the province of Quebec. It appeared in greasy spoons around the province in the 1950s, and by the 1980s you could order poutine at McDonald's and Burger King chains in Quebec, but not across the border in Ontario.

"Quebecois food is highly caloric — it's really rich," says Acheson. "You see the trucks in Montreal in the middle of winter when it's 30 below outside, and the truck's billowing steam out the top because they're frying french fries and assembling poutine. It's really good in that type of environment. You don't really need it in a lot of places where you don't need calories to stay warm and alive."

But that hasn't stopped people from outside Quebec — and outside Canada — from grabbing that poutine and heading for the hills. These days, you can order poutine in restaurants from Miami to Bangkok, but how did the famous fries get their start?

Funny you should ask, because although Quebecois can agree that poutine belongs to them, not everybody agrees on the genesis of the province's most famous gut bomb.

One town in Quebec called Drummondville is highly invested in the version of the poutine origin story that involves a man named Jean-Paul Roy who owned a restaurant called Le Roy Jucep. In Drummondville, legend has it that regular customers started bringing fresh cheese curds into Le Roy Jucep to sprinkle on top of the restaurant's fries and gravy. The rest, as they say, is history.

Except, it's not, according to the residents of the small dairy farming community called Warwick, Quebec. In Warwick the story goes that a hurried truck driver asked Fernand Lachance, the owner of the Lutin Qui Rit (The Laughing Elf) restaurant, to throw two menu items — cheese curds and gravy fries — into the same bag so he could eat them on the road. Lachance reportedly told the trucker, "Ça va faire une maudite poutine" — "it will make a damn mess."

Regardless of who invented the most famous Canadian dish, these stories tell us a lot about food innovation:

"Like so many things, poutine probably happened by accident," says Todd Ginsberg, owner and chef at The General Muir in Atlanta, Georgia, where poutine is a year-round menu item. "I think it was probably one guy's request at a restaurant one day: 'Hey, will you throw some cheese curds and brown sauce on those fries for me?' I think it's the same story with the Caesar salad and the Bloody Mary. It's funny because you think it's the chefs who come up with these things, but it's really the restaurateurs and the chefs who are willing to listen to the patrons who help create unique dishes. A chef needs to know when a good idea slaps them across the face."

But ask a native of Quebec how they feel about poutine being served on every continent on Earth, and you might sense a tinge of bitterness in their answer.

"The problem with the popularity of poutine is an indicator of a lot of problems with food," says Acheson, who grew up in Ottawa, Canada (on the border of Ontario and Quebec), where a poutine truck parked down the street from his high school. "People identify something they think sounds cool, but they've never really been to Quebec, and suddenly they're adding something that doesn't really belong in it. Corned beef or foie gras — it really is basic, good, simple food. It's the equivalent of a streetside hotdog. It's not supposed to be really gussied up."

But Acheson is quick to admit that might be his patriotism talking:

"I can't claim provincial protectionism on a dish when I made lamb korma with naan bread the other day for my kids, even though I've never been to India. I shouldn't because it's hypocritical, but I do. Poutine tastes like where I'm from, so it pulls at my heartstrings in the way really good food often does. It's just really comforting garbage food."

Now That's Interesting
One of the reasons poutine has been slow to migrate out of Quebec is that cheese curds are more perishable than most cheeses — purists believe they shouldn't be refrigerated because it makes them lose their "squeak" and they don't stay good more than about 48 hours unrefrigerated.

Don't Be Afraid of the Big, Bad Wolf Spider 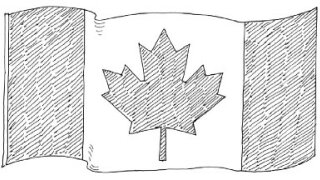 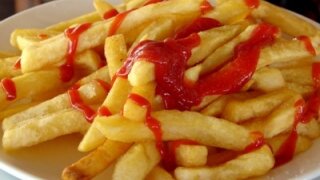 What are French Fries?

The Gullah Geechee Tradition of 'Haint Blue' Paint Keeps the Spirits Away
May 27, 2020