How Do They Make Marshmallows? 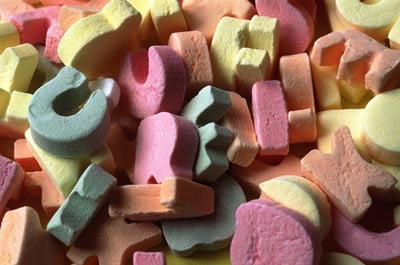 Marshmallows are actually a candy, and have existed in present-day form since the mid-1800s. See more pictures of candy.
John Foxx/Getty Images

Marshmallows are incredibly cool — not only do they taste good, but by lighting them you can create a great source of light in a dark campsite!

Technically, marshmallows are a confection — a candy. They've been around in the form we know them since the mid-1800s.

They are called "marshmallows" because part of the early recipe called for sap from the root of the marshmallow plant.

According to Merriam-Webster's Collegiate Dictionary, a marshmallow is:

1: a pink-flowered European perennial herb (Althaea officinalis) of the mallow family that is naturalized in the eastern U.S. and has a mucilaginous root sometimes used in confectionery and in medicine; 2: a confection made from the root of the marshmallow or from corn syrup, sugar, albumen, and gelatin beaten to a light spongy consistency

That word "mucilaginous" means "jelly-like." Later, the root was replaced by gelatin, and that is how modern marshmallows are made.

There is a very cool cookbook called "Better Than Store Bought" that is now out of print but still available in used bookstores and libraries. It contains the following recipe for making your own marshmallows:

What Is the Difference Between Jelly, Jam and Preserves?
Ultimate Guide to the Emilia-Romagna Wine Region
How to Host a Wine Tasting