by Jeremy Glass Oct 14, 2019
Skyr is a traditional Icelandic dairy product that has been part of Iceland’s cuisine for more than 1,000 years. Icelandic Provisions

Yogurt is supposed to be one of those foods you never have to think about. Theoretically, you can go to the grocery store, grab a few packs of your favorite brand and eat it whenever you want. But as it turns out, a lot of yogurts are loaded with sugar.

So in an effort to rebrand yogurt as a protein-rich superfood — along with the likes of cottage cheese and chickpeas — we're sort of in the midst of a yogurt renaissance. While there used to only be a few kinds of yogurts on the grocery store shelves, markets are now packed with all kinds, including Greek yogurt, Israeli yogurt and Labneh. We are truly in the thick of it.

One of those leading this wave is skyr, an Icelandic take on yogurt. Thanks to companies like Icelandic Provisions and Siggi's putting a modern spin on this ancient food, skyr has entered the U.S. yogurt arena.

What Exactly Is Skyr?

Skyr is a traditional Icelandic dairy product that has been part of Iceland's cuisine for centuries. This traditional dairy product is made from two Ingredients: skimmed milk and cultures. Sounds like yogurt, right? It is, except the cultures used are different and result in a different flavor. The microbes that ferment skyr are known as "active cultures," and convert the lactose from the milk into lactic acid.

"Skyr dates back to the Viking times, over 1,000 years ago," explains chief of innovation for Icelandic Provisions, John Heath, via email. "Back then skyr was an essential provision for them: protein-rich and thick. Because it was fermented, it was stable enough to bring with them on their journeys."

So, how is it made? Easy. Well, easy-ish. The Slow Food Foundation for Biodiversity gives easy-to-follow instructions:

The milk is heated to 85 degrees Celsius [185 degrees Fahrenheit] for at least five minutes so that the fat and casein rise to the surface. A small amount of skyr from a previous batch is then added, which acts as a starter culture, and calf rennet, if the curd hasn't coagulated well. Everything is left to cool and coagulate, and to reach the optimal pH. The whey is then separated from the curd by straining it through a cloth.
Skyr is so creamy and thick, you can literally flip your spoon upside down and it won't fall off.
Icelandic Provisions

How Is Skyr Different From Yogurt?

One big difference between skyr and your run-of-the-mill yogurt is the pasteurization process: Traditionally, skyr is not pasteurized, however companies like Icelandic Provisions ensure their skyr is pasteurized stipulated by the USDA.

But wait, there's more: Technically skyr belongs to a group called "acid cheese" — along with German quark, Russian Tvorog and Arabic labneh — because it's made, not from whole milk, but from skim milk and can contain anywhere from 16 to 21 percent milk solids.

"Skyr is usually viewed as a yogurt because it's creamy, smooth and high in protein," Scapellato says via email. "But don't be fooled by the aisle you find it in; it's actually more accurate to call it a type of cheese. Skyr is highly concentrated, with about four cups of milk fitting into each cup of the end product."

Because of the fermenting process and the cultures involved, skyr is essentially fat-free and contains up to one-third less sugar than regular yogurts. It has just 0.6 grams of fat per 100 grams, and its high protein makes it an attractive after-school (or prework) snack.

"Greek yogurts on the market today are typically made with modern bacterial cultures that, more or less, most yogurt manufacturers have access to," Heath adds. "Our Traditional Icelandic Skyr is made with heirloom cultures that were born and cultivated hundreds of years ago in Iceland. Think of your grandmother's sourdough starter that she passed down to her children and grandchildren ... that's a similar heritage or lineage story to our skyr cultures."

With products like skyr or Greek yogurt, protein is king, however the high protein in skyr isn't its only health benefit.

"Skyr is also a great source of probiotics," adds Scapellato, "which are the beneficial bacteria that help to keep our gut healthy. And it's high in calcium, b12 and iodine, which are essential for healthy bones, the nervous system and thyroid health."

The high amount of protein in skyr can even aid in immune system support by producing antibodies to fight infections, as well as hormones and enzymes for a host of important bodily processes.

Much like yogurt, skyr's versatility makes it far more than a dessert treat. It can be used in savory dishes like soup, dips and marinated pork, or eaten after a workout as a high protein snack to assist in repairing muscle.

As the yogurt Renaissance continues to rage on, let us forget the ultra-processed, GoGurts of the past and embrace ... well, the past. Regardless of its status as a millennium-old recipe, skyr is leading the wave into the future.

Now That's Interesting
Because skyr is so creamy and thick, you can literally flip your spoon upside down without it falling off.

'Scatter Days' Get Uncle Joe's Ashes Out of the Closet 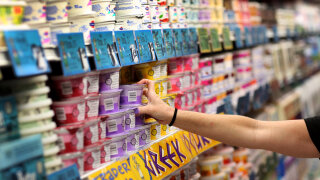 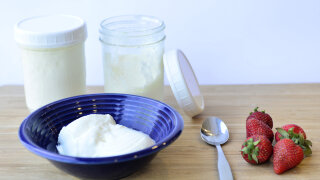 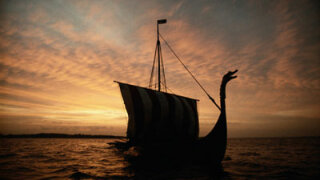 How the Vikings Worked

Black Men Were Cowboys Before It Was Cool
July 1, 2020