by Candace Keener
NEXT PAGE 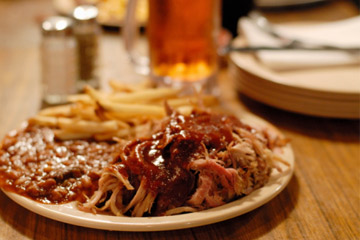 In the Deep South, barbecue aficionados know there's more to it than choosing pork, beef or chicken. You've got to choose between wet and dry. See more extreme grilling pictures.
Anthony-Masterson/Getty Images

Some cities and regions are inextricably linked with the local cuisine. When you visit your old college roommate in Chicago, she takes you out for deep-dish pizza. Your cousins in Philadelphia treat you to Philly cheesesteak sandwiches when you drop in for the weekend. And when you spend the holidays with your grandparents in Memphis, Tenn., you're in store for a lot of barbecue.

Despite barbecue's association with the Deep South, it's actually more Caribbean than Southern. The word "barbecue" comes from the Spanish barbacoa or the French babracot, both of which were picked up from the Taino and Arawak tribes of Haiti and Guiana [source: Steingarten]. Both of these terms refer to a way of preparing meat by draping it across moist wood until it dries out over a fire. Barbecue expert Steven Raichlen proposes that this method of cooking is almost as old as humankind. Our prehistoric ancestors eventually figured out they could use fire to cook, perhaps after they observed a wildfire engulf and char a wild animal [source: National Barbecue Association].

The way we barbecue today isn't too different. Esteemed food critic Jeffrey Steingarten explains that "real barbecue" (as distinguished from grilling) involves cooking meat in an "enclosed," humid space under low, constant temperatures (usually around 175 to 250 degrees Fahrenheit or 79.4 to 121 degrees Celsius). This ensures that the meat's fat and connective tissue dissolve and that the meat virtually falls off the bone when it's done -- and when it's finished cooking, it's well-done. Barbecue is never served rare.

When you're visiting your friends in the South, a few topics are sure to get people heated: SEC Football and barbecue. Often, the debate about barbecue is whether wet or dry is better. What exactly is the difference? Kell Phelps, publisher of The National Barbecue News, says, "It's real simple: Dry is without sauce, wet is with sauce." And the region where you're dining influences the fare. Phelps says that the regional preference in Memphis is typically a dry barbecue with sauce on the side; in Kansas City and North Carolina, people like their barbecue wet (with even more sauce on the side).

But dry barbecue isn't lacking in taste just because it's not smothered in sauce. Danny Williamson, Georgia restaurateur and co-owner of Williamson Bros. Bar-B-Q, explains that it's cooked with a flavorful dry rub. At his restaurant, dry barbecue is smoked, while the wet variety is cooked in a hickory fire pit.

Barbecue preference is largely dictated by whether you like saucy or seasoned meat, as well as the cut of meat you favor. The pig's shoulder is typically used for wet barbecue, while the ribs are reserved for the dry kind. Wet barbecue takes about six to eight hours to cook (it's a denser hunk of meat); dry barbecue can be smoked in as few as two hours.

As they say, the secret is in the sauce. Or the rub. Williamson, who says "Barbecue is defined by the sauce," isn't giving away any family secrets. However, he shares that most Southern sauces are composed of a tomato and vinegar base. Signature South Carolina sauces start with yellow mustard, Phelps says. Dry rubs are made up of plenty of brown sugar, salt and pepper. In fact, rubs are typically worked into the meat the night before it's cooked so that the salt can penetrate the cut and tenderize it [source: Lewis]. But rubs do more than flavor and soften the meat; they also enhance its texture by caramelizing and forming a crispy crust when cooked. Because of the rub's ability to penetrate the meat, fatty cuts like brisket respond well to this type of seasoning.

Next time your Southern friends take you out for barbecue, you'll be ready to order. Even if it's a hard decision to make: savory seasoned ribs or shredded saucy pork? Your decision might be influenced by the sides and whether there's a quality bun to sop up that sauce.

Barbecue refers to a cooking method and not a particular type of meat, but people use the term to describe the goods as well. In the Southwest, barbecue typically means barbecued beef, and in the South, it's barbecued pork. However, you can also barbecue fish, chicken, tofu and root vegetables. 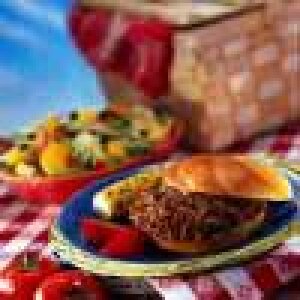 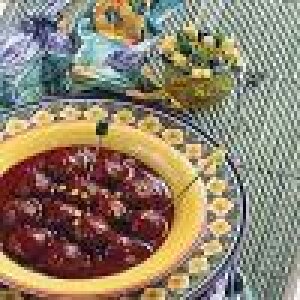