How the Food Industry Made 'Artisan' Meaningless

by Melanie Radzicki McManus May 27, 2016
Artisan was a word you mainly saw at fairs like this. Now multinational corporations have co-opted it. Doug McKinley/Getty Images

Earlier this year, Atlanta magazine ran an infographic of dining terms that need to go away. Among them: "farm to table" ("You and McDonald's both" quipped the writer), "artisan" ("As convincing as silver at a flea market") and "hand cut" ("Is your name Wolverine?").

A few years ago, "artisan" might have meant something. "Artisan cheese" conjured up images of a farmer making cheddar by hand a few batches at a time at her farm. But there is no USDA definition for the term, as there is for "organic". (Merriam-Webster defines "artisan" as "one that produces something (as cheese or wine) in limited quantities often using traditional methods.") When Tostitos' Artisan Recipes tortilla chips are for sale, you have to wonder if the word has any meaning left. During the years 2008-2013, about 1,000 new products incorporated the term "artisanal" in their labels, including such eyebrow-raising offerings as Dunkin' Donuts' artisan bagels and the artisan grilled chicken sandwich at McDonald's.

Of course, for most of history, food was "hand-made" because factories did not exist. But when industrialized food became the norm, it was sold as being better because it was scientifically made. "Look at food ads from the 1950s, and it's about [being] scientific — that was the cultural capital," says Tom O'Guinn, marketing professor at the University of Wisconsin-Madison. "That [lasted until] the 1960s and 1970s. Then we're obsessed with authenticity."

He likens it to the marketing of jeans. "First jeans were utilitarian. Then designer. Then robotically perfect. Then you had ripped, rhinestone studded jeans at ridiculous prices because of their imperfections. So you can mass-produce eggs and cheese and have them perfectly uniform, high quality. But it's not cool because they're too perfect."

No one knows for sure when "artisanal" first appeared on food products. But "craft beer" made its debut in the mid-1980s. And "farm-to-table"? That was Alice Waters of the restaurant Chez Panisse who, in the 1970s, started the trend of connecting diners with their food sources by listing the names of contributing farms on her menus.

Initially, artisanal products were snapped up by people with a little extra money who wanted to demonstrate their superior taste and social status, says O'Guinn. "It's a great thing for marketers, because it's a great way to differentiate things. To create differences that may not be meaningful at all," he notes. Lower-income folks were stuck with inexpensive items like canned veggies and squishy white bread. But as the artisanal trend caught fire, it quickly spread.

Samuel Adams, which offered its first beer in 1985, is often cited as one of the nation's earliest craft brewers. But by 2014 the company was shipping 4.1 million barrels of beer annually, which hardly seems craft-like. According to the accepted definition of craft beer, penned by the Brewers Association, "craft" can be applied to any beer with a 6-million-barrel-or-less annual production volume. So Sam Adams does make the cut. Of course, that 6-million figure sat at 2 million just a few years ago; it was raised when Sam Adams — a revered industry leader — went over the limit.

The "specialty food" category, which includes artisanal offerings, grew nearly 22 percent from 2013 to 2015, as U.S. sales of specialty foods (cheese and coffee were the top two categories) hit $120.5 billion in 2015. And by 2015, America's craft brewers had captured 12 percent of the overall beer market by volume; in 2010, their share was just 4.9 percent. No wonder Sam Adams is hanging on to its "craft" tag.

But the heyday of these lofty food labels may be on its way out. O'Guinn asserts that when such fads spread across the class, taste and income strata — think of that "artisan" McDonald's sandwich — the labels intended to differentiate products end up meaningless. And thus lose their power. In addition, the consumers who initially embraced these monikers turn to something new and ostensibly better.

"Now you have to find something else to replace 'artisanal,'" O'Guinn says. "No one knows what that will be. But it will come." He's thinking it might have something to do with vegetarianism.

Now That's Interesting
Another ubiquitous food term is "housemade," often used in lieu of "homemade" to add a bit of panache to dishes. But in some locales, it's not just a pretension. There's actually a difference: Restaurants aren't allowed to print "homemade" on their menus unless the food item in question was actually made in someone's home — that has a licensed, inspected, commercial kitchen —and then brought to the restaurant.

How Long Should You Really Go Without Washing Your Jeans? 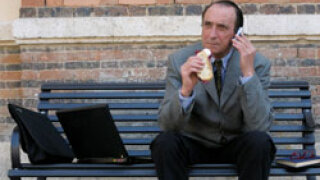 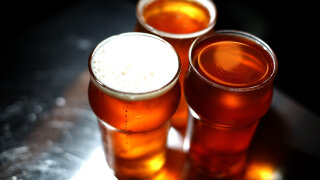 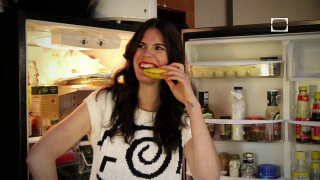