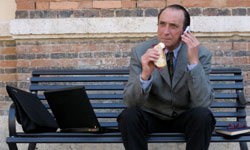 Many city-dwellers turn to street food as a quick, delicious solution to lunch on the run. See more pictures of international snacks.
©iStockphoto.com/eliandric

Packed with history and regional flair, street food is a culinary gem hidden in plain sight. These days, thanks to the pace of contemporary life, many of us are eating on the run. That's where street food comes in -- these delicious specialties are custom-made for high-speed living. As befits a nation of immigrants, we eat immigrant street food. The 10 street foods that follow were all born abroad but grew up stateside, and there's a distinctly American twist to their fascinating stories. Read on to find out what part of a pizza is native to the New World and how a Jewish guy from Wisconsin made a Greek snack into a classic American street food.

Grind up some chickpeas, add garlic, parsley and coriander, and fry until crunchy. According to some, it's a recipe as old as the Bible. In all likelihood, it's even older, having started out in Egypt as a dish made with fava beans. But even today, falafel's origins are in dispute. Some Israelis claim it as an ancient Jewish food, while many Palestinians bristle at the idea. Cooler heads maintain that falafel is a regional delicacy, not a religious one. But politics are of little consequence when you're standing on the sidewalk at lunchtime waiting for your favorite vendor to wrap some pita bread around a selection of pickled beets, tahini sauce, fresh veggies and, above all, crispy, delicious falafel. 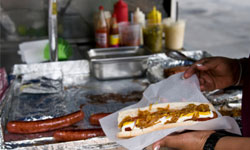 If you live in Chicago, it's a beef frank and you eat it on a poppy seed roll with mustard, relish, onions, pickles, tomatoes and celery salt. If you're in Rochester, N.Y., it's a spicy pork sausage -- split, grilled and nestled in a toasted bun. The varieties are as endless as the stories of its origins. Are they called franks because they were invented in Frankfurt, or are they called wieners because they come from Wien (aka Vienna)? Nobody knows for sure, but one thing's certain: A hot dog's not a hot dog until it's sitting in a bun. And that important innovation is all-American. 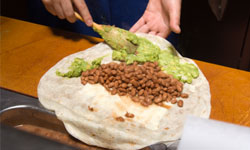 When you're craving a burrito, you've got a hankering for a stuffed tortilla -- not a little donkey.
©iStockphoto.com/Joe_Potato

Steamed or grilled, filled with beef or rice and beans, all burritos start with the same round, flat flour tortilla. They probably get their name from an old Spanish saying: "If I had a horse, I would go make my fortune, but I only have a little donkey." In Spanish, the word for "little donkey" is "burrito." Like its animal namesake, the burrito can carry anything: beans, rice, sour cream, cheese, avocados, chicken, beef, pork. You name it. In Sonora, Mexico, their likely birthplace, burritos are small, simple affairs, but over the decades, as burritos made their way north and west to their modern day capital, San Francisco, they grew in size and complexity until they became a great Mexican-American delicacy. 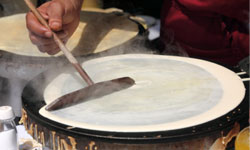 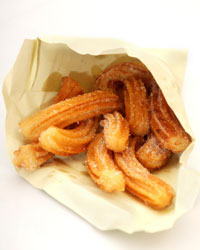 Churros are a breakfast pastry with Latin flair.
©iStockphoto.com/Maica

This delectable breakfast pastry owes its name to its unusual curvy shape. Once upon a time, Spanish shepherds stuck high in the mountains for days on end became desperate for a treat. Using the limited available ingredients of butter, eggs and flour, they concocted a fried pastry that resembled the horns of the sheep they tended. Those sheep were called churros. In time, that humble shepherds' food made its way to Latin America and then north to the United States. In recent decades, Americans have taken to churros with gusto. Dusted with sugar and served with a steaming cup of hot chocolate, churros make an amazing sidewalk breakfast.

For hundreds of years, aristocrats savored delicate webs of sugar spun by elite chefs, but for regular people, that sweet, melt-in-your-mouth sensation was far too expensive. Then, in 1897, John C. Wharton and William Morrison invented a machine that melted and spun the sugar with ease. In 1904, they brought their machine to the St. Louis World's Fair, where it was a huge success. In the 1970s, a further innovation fully automated the process all the way through packaging the confection in paper or plastic bags. Today, it's hard to imagine a street fair without those pink, azure and ultramarine clouds of what used to be called fairy floss.

Is street food under threat? According to Consumers International, street food makes up nearly half of the developing world's diet, yet globalization is eroding the regional variety of street food. If you love street food and want to protect its future, you can learn more at Street food.org. 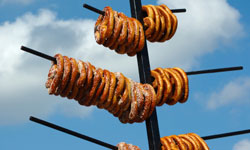 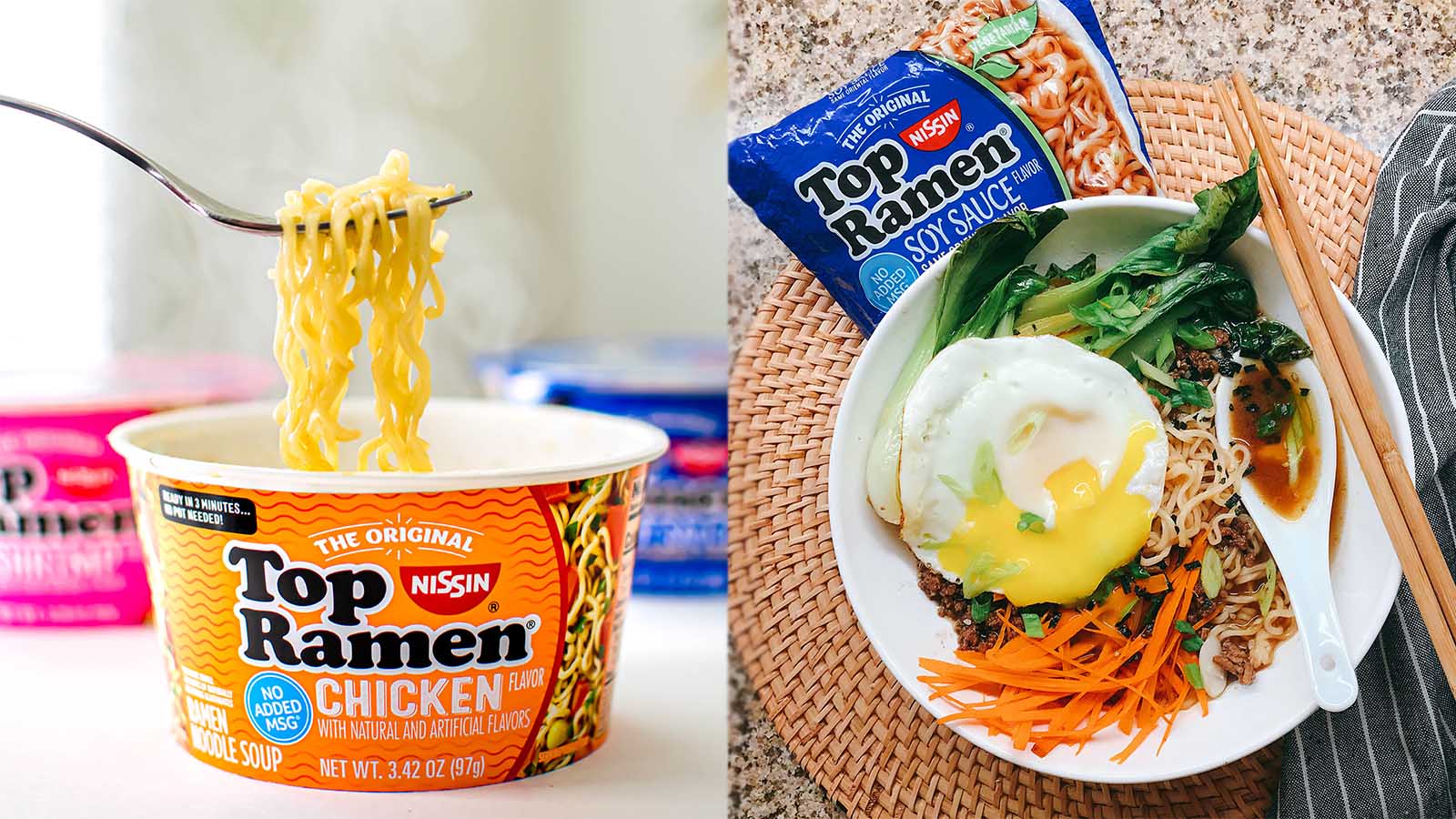 What does it take to be a chief noodle officer? Top Ramen is hiring its first ever in honor of its 50th anniversary.