What does 'No Added Sugar' really mean? 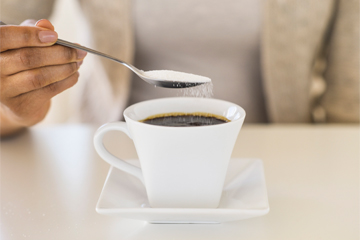 It can be difficult to discern the exact amount of natural and added sugars in foods, but the FDA hopes to change that.
Tetra Images/Getty Images

"Sugar in the morning, sugar in the evening, sugar at suppertime," goes the popular tune from the 1950s. Many Americans, it seems, have taken that line as a motto for their diet. The results of a sweeping, long-term study released in 2014 showed that almost three-quarters of American adults get 15 percent of their calories from added sugar. That exceeds the limits recommended by several leading health organizations. Numerous previous studies have implicated excess consumption of added sugar in a host of serious health problems, including obesity, diabetes and heart disease [source: Yang et al.].

As a result, foods labeled free of added sugar, from ice cream to applesauce, have become increasingly popular among health-conscious consumers [source: Euromonitor International]. This labeling comes in many phrasings, from "No Added Sugar" to "Zero Sugars Added," but what exactly are those consumers getting? Is a variety without added sugar always the best choice? For that matter, what exactly does "No Added Sugar" mean?

The Food and Drug Administration (FDA), which regulates labels on food packaging, is considering an overhaul of the nutrition facts box that would list added sugars separately from total sugars. If the proposed language for the box is accepted, an "added sugar" would be any "sugar or sugar containing ingredient [that] is added during processing" [source: FDA].

For the time being, though, that definition is useful for identifying sugars on labels. It covers the wide range of nutritive (or calorie-containing) sweeteners, from familiar ingredients such as white sugar, brown sugar, honey and molasses, as well as industrial sweeteners like dextrose, maltose, fructose, invert sugar (a mixture of glucose and fructose), fruit nectars and high-fructose corn syrup.

People who need to monitor their sugar intake, however, should know that even foods that haven't had sugars added can still increase sugar in the body, for two reasons. First, most foods have some amount of naturally occurring sugars [source: Yang et al.]. Using U.S. Department of Agriculture (USDA) figures, one cup (256 grams) of canned kidney beans has about 5 grams of sugar, for example. An 8.45 fluid-ounce (263-gram) drink box of unsweetened orange juice comes in at 23 grams of sugar.

Second, some foods contain sugar alcohols -- carbohydrates found naturally in fruits and vegetables, and synthesized by food makers. Because they are not fully digestible, they provide fewer calories than sugar does, and deliver varying degrees of sweetness. Thus they're often used in products marketed to people with diabetes. Sugar alcohols are included under "Total Carbohydrate" in the packaging's nutrition information, but identified by name in the ingredients list -- sorbitol, mannitol and xylitol are among the most common.

Whenever the FDA alters requirements or formatting for the nutrition facts box, food makers have two years to comply with any changes. Until then, consumers' best bet may be to educate themselves on individual sweeteners and check any food item's overall sugar content via its nutritional information.

Author's Note: What does 'No Added Sugar' really mean?

Researching this and other articles on food and nutrition reminds me that the science really is evolving. The evidence behind today's latest trend might be contradicted by future studies. The old, unexciting advice still holds true: eat a variety of foods, as fresh as possible, and avoid jumping on bandwagons (you never know who's driving them).

What Is the Difference Between Jelly, Jam and Preserves?
Ultimate Guide to the Emilia-Romagna Wine Region
How to Host a Wine Tasting