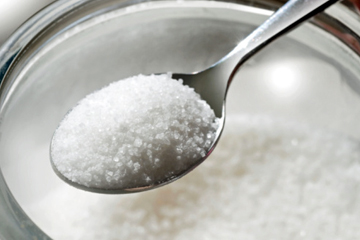 Artificial sweeteners have both benefits and drawbacks.
iStockphoto/Thinkstock

Our food sources are under a more watchful eye these days as health concerns become more pressing. Disease seems to be flaring up in people of all ages and obesity rates are rising to epidemic levels. As a result, people are starting to pay more attention to what they're eating. It's a well-known fact that most people love to eat things that taste sweet, which might explain why you'd be hard pressed to walk into a grocery store and find a packaged food that doesn't contain some sort of sugar or sugar derivative. The American Heart Association has recently come out saying that women should consume only 6 teaspoons of added sugar a day and men a maximum of 9 teaspoons. You could get much of this recommended daily allowance from your breakfast cereal alone. So what's a sweets lover to do?

Saccharin, the main ingredient in Sweet 'N Low and SugarTwin, is 400 times sweeter than sugar, yet a little pink packet only has four calories. It's a popular sweetener, but is known for a bitter aftertaste.

Aspartame, which is the main ingredient in those blue packets of Equal and NutraSweet, is 200 times sweeter than sugar and is typically found in diet sodas. It's a popular choice because it doesn't have an aftertaste.

Sucralose, which is the newest kid on the block, is 600 times sweeter than sugar and can be found in yellow packets of Splenda. It also has no aftertaste, but was in the news for a little while for its tendency to cause digestive issues, like gas and bloating.

Acesulfame-potassium, which is found in Sunette and Sweet One, and Neotame, similar to Aspartame. Both were approved as general purpose sweeteners in everything but meat and poultry, but they're not quite as well-known by consumers as the previous three.

So these are the main sweeteners that allow you to have your cake and eat it too. But you may have heard some controversial discussions about artificial sweeteners causing cancer and other health issues. To find out if this is true, keep reading.

American adults are eating an average of 22 teaspoons of sugar a day, and for teens, it's closer to 34 teaspoons. 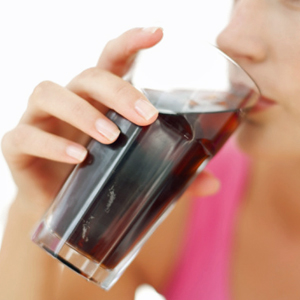 Your daily soda may not be that bad for you after all.
Stockbyte/Thinkstock

If you drink diet soda, you've surely encountered someone who says they heard that artificial sweeteners cause cancer. This has been a suspicion since the 1970s, when tests were performed on lab rats. The rats were exposed to high levels of saccharin, which were shown to cause bladder cancer, so saccharin was slapped with a warning label. Further research showed that rats have a predisposition to bladder cancer and the way saccharin affects rats doesn't apply to people because of our different physiology. So, the warning label was removed, but the bad reputation stuck.

Artificial sweeteners fall into the food additives category, so they're regulated by the FDA. This means they have to be thoroughly tested to be deemed safe before they become available in the marketplace. And over the years, no tests have conclusively proven that artificial sweeteners cause cancer. As part of the testing, the FDA has established an acceptable daily intake (ADI) for each sweetener. This number is around 100 times less than the smallest amount that could cause harm. You would have to drink diet sodas back to back all day long to get anywhere close to the ADI. So overall, experts say artificial sweeteners are safe for most people.

That isn't to say that some sweeteners don't cause complications for certain folks. People with the genetic disorder PKU (pheylketonuria) shouldn't use anything containing aspartame because they can't metabolize the main ingredient. And as we mentioned previously, sucralose can cause digestive difficulties for some people. For the rest of us, the rule of thumb with artificial sweeteners is the same as with most other foods. Moderation is the key.