by Carrie Tatro May 30, 2018
What could be better than a cold glass of lemonade on a hot summer day? People throughout history have been downing this puckery thirst quencher. Media for Medical/Getty Images

Water, sugar and lemon juice: The recipe hasn't changed much in more than 1,000 years. Tart or sweet, pink or yellow, clear, cloudy or carbonated, for as long as life has been handing out lemons, people the world over — from the ancient Egyptians to Beyoncé — have been making lemonade.

The exact origin of the lemon itself has not been easy to ascertain, but new research has clarified its lineage as a sour orange and citron hybrid. A February 2018 study in the science journal Nature reveals that the discovery of fossilized leaves in the Yunnan province of China proves citrus has been around since the late Miocene epoch, some 8 million years ago.

The earliest record of the precursor to lemonade hails from the Mediterranean coast of medieval Egypt. Kashkab was made from fermented barley combined with mint, rue, black pepper and citron leaf. Next time you're at the juice bar, ask your mixologist to whip you up a frothy mug of kashkab! Or how about a shot of sweet and tangy qatarmizat instead? Thanks to the chronicles of poet and traveler Nasir-i-Khusraw, who wrote accounts of 10th-century Egyptian life, and to Jewish books and documents in the Cairo Genizah, we know that the medieval Jewish community in Cairo consumed, traded and exported bottles of the sugary lemon juice concoction called qatarmizat through the 13th century.

While the citron (like a lemon but larger, with a super thick rind and not much pulp or juice) was likely known by the ancient Jews and throughout the Mediterranean before the time of Christ, there's no proof that lemons were around in pre-Islamic times. The mosaics of Rome and frescoes of Pompeii depict images of citrus fruits resembling lemons and oranges, but there's no paleobotanical or written evidence that they existed there. The earliest written reference to the lemon tree is in a 10th-century Arabic book on farming by Qustus al-Rumi. And in the late 12th century, Ibn Jami', the personal physician to the Muslim leader Saladin, wrote a treatise on the lemon, bringing it to the attention of a wider Mediterranean audience.

Lemons Show Up In Paris ...

Flash forward to 17th century Europe. Lemonade debuted in Paris on August 20, 1630. Made of sparkling water, lemon juice and honey, vendors sold it from tanks strapped to their backs. While popular across Europe, lemonade became so fashionable in Paris that in 1676 the vendors incorporated and formed a union called the Compagnie de Limonadiers. The lemonade craze even helped Paris fend off the plague.

Britain's contribution to the lemonade craze came by way of chemist Joseph Priestley who invented an apparatus for making carbonated water. By the 1780s, Johann Schweppe, a German-Swiss jeweler, had developed a new method of carbonation using a compression pump that made mass production more efficient. By the 1830s, ready availability of Schweppes fizzy lemonade had stymied the growth of Europe's lemonade stands.

By the 18th century, lemonade had made its way to America along with waves of European immigrants. During the Victorian era, the women's temperance movement pushed lemonade as an alternative to alcohol. One Sunkist slogan of the day read: "Good-bye to liquor, here's to lemonade." From 1877-1881, the White House banned alcohol from all state dinners and other functions. Although President Rutherford B. Hayes made the decision himself as a way to court the Prohibition Party, critics of the ban dubbed his wife Lucy, a renowned teetotaler, "Lemonade Lucy" and the moniker stuck. It's fun to imagine how lips must have puckered when in lieu of alcohol she might have served Isabella Beeton's lemonade recipe from the 1861 Victorian classic "The Book of Household Management."

Even the circus has had a starring role in lemonade's long history. By the 19th century, both ice and the traveling circus had hit the scene and both were taking off. The first known mention linking pink lemonade to the circus comes from West Virginia's Wheeling Register in 1879. Circus lore has many tales of how its lemonade turned pink, but historians find two of them most viable. One story from 1912 goes like this: A concession worker "invents" pink lemonade when he accidentally drops red-colored cinnamon candies into a vat of regular lemonade. In proverbial "the show must go on" style, he serves the lemonade anyway and the people lap it up.

The other story, from 1857, is just plain gross: A harried concession worker, in need of water to make a fresh batch of lemonade for an impatient line of thirsty rubbernecks, grabs the first liquid he sees and it turns out to be a tub of wash water in which a performer has just wrung out her dirty pink tights. He uses it to make his new-and-improved "strawberry lemonade" and the crowd goes wild. Story has it that from then on sales doubled and henceforth no top notch circus was ever without pink lemonade.

Tart or sweet, pink or yellow, clear, cloudy or carbonated, what better way to face the world head-on than with a cold glass of nature's whoopass in hand? Lemonade abides as the classic metaphor for good old American stick-to-itiveness, making-do and pluck. So lemons, you do you. Life, we've got this.

NOW THAT'S INTERESTING
The ubiquitous advice to "make lemonade" out of adversity probably became famous thanks to a phrase borrowed by Elbert Hubbard in 1915 for the obituary of actor, writer and humorist Marshall Pinckney Wilder. Wilder, known for his brilliant stand-up routines, was a world-famous, much-beloved household name during a time when jobs for people like him could only be found in circus sideshows. Standing 3 feet 5 inches tall (1.04 meters) with a severe spinal deformity, he refused to stigmatize others or be stigmatized. "Fate handed me a lemon," he said, "but I have made lemonade of it."

Robot Revolution: Coming to a Restaurant Near You

CNN's Sanjay Gupta on How Marijuana Can Break Opioid Addiction 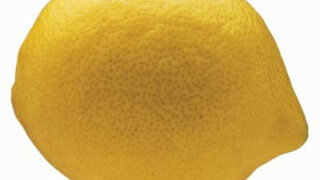 What is Lemon Zest? 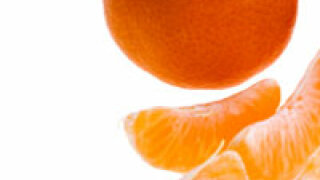 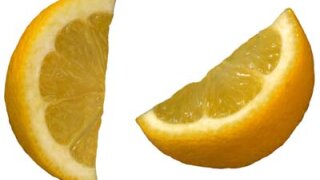