Where did the tomato come from?

by Chris Obenschain
NEXT PAGE 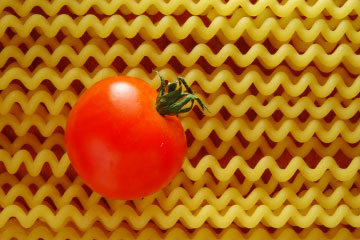 Tomatoes and pasta haven't been besties since the beginning. See pictures of international tomato dishes.
©iStockphoto.com/wd

The history of the tomato is mired in rumor, hearsay and speculation, but one thing is certain: Everybody's favorite red fruit (yes, it's a fruit) didn't originate in Italy. Despite the fact that it's an essential ingredient in pizza and pasta, the tomato comes to us by way of Mexico and Central America.

The tomato in its original form, however, was not the prolific red globe we know and love today. It was a small, fragrant fruit (picture a cherry tomato) that the Native Americans ground up and combined with ahi, a kind of chili pepper, to make a spicy sauce. While Native Americans had been consuming them for centuries, tomatoes quickly gained a bad reputation in the Americas. Colonists believed tomatoes to be poisonous, and virtually no one of European descent dared eat the fruit until the early 19th century for fear of death.

In fact, American Founding Father Thomas Jefferson is largely credited with cultivating the tomato for consumption in the United States. Jefferson records planting the then-controversial fruits every year in his "Garden Kalendar," which he kept from 1809 to1824. He provides us with perhaps the first written reference of tomatoes being cultivated by New World colonists in "Notes on the State of Virginia" in 1787. His meticulous records indicate that he frequently sold tomatoes in the Washington, D.C., markets, and different varieties commonly appear in his family's personal recipe collections.

But Jefferson was ahead of his time, and most common folks just weren't ready to try tomatoes for themselves -- Founding Father-approved or not. One widely circulated story claims that Jefferson once horrified a local villager in Lynchburg, Va., by snacking on a tomato, though there's no proof of the incident. What we can say for sure is that it wasn't until the 1820s and '30s that more Americans became comfortable with the notion of eating tomatoes, and it was near the end of the century before they became widely accepted.

However, the imported tomato had an easier time assimilating into mealtime in Europe -- especially in Italy. The Italians immediately saw something special in the tomato, and though they at first relied on the fruit for medicinal purposes, they were consuming tomatoes with relish, usually in the form of sauce, by the 16th century.

It took more than 100 years for the rest of the European continent to catch on, but by the time Americans were just starting to tentatively taste tomatoes, the French and English were consuming them with vigor. Part of the fruit's popularity was due to the rise of canned goods. In addition to being canned, tomatoes were also eaten fresh and stewed into sauces for various meats.

By the 20th century, tomatoes could be found in just about any market in both America and Europe. The tomato is now one of the most commonly consumed foods in the world. More than 1 1/2 billion (yes, billion!) tons of tomatoes are grown and sold every year across the globe, which is pretty impressive for a fruit that few people had heard of, much less had the courage to taste, only a century ago. 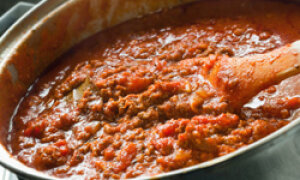 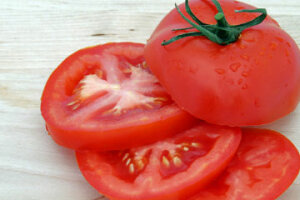 How many calories are in a tomato? 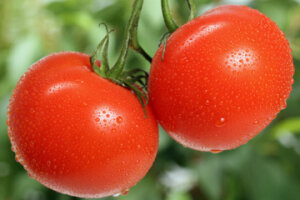 What should you do with tomatoes from your garden?