Who's Eating These Hot-as-Hellfire Peppers?

by Shaun Chavis Jul 10, 2018
There are several different types of people who are attracted to eating super-hot peppers. mikroman6/Getty Images

You may have seen one of these crazed contests on YouTube or at a fair where people "compete" to eat as many hot peppers as possible. For instance, in May 2017, a competitive eater who goes by the name LA Beast set a Guinness World Record for eating the most ghost peppers in two minutes — 13. Ghost peppers, for those of you that don't know, are some of the hottest in the world and rate 1 million per pepper on the Scoville heat scale (a scientific measure of how hot a pepper is). To put things in perspective, that's at least 100 times hotter than a jalapeño, which ranks anywhere between about 2,500 and 10,000 Scoville units.

But ghost peppers aren't even the hottest. That honor used to belong to the Carolina Reaper, which earned its title as the hottest pepper in the world — beating out a pepper called the Trinidad Scorpion — in 2013. Carolina Reapers rate 2.2 million on the Scoville heat scale.

But in 2017, a new pepper, known now only as Pepper X, became the hottest of them all, rating about 3.2 million Scoville units.

Which brings us to these questions: Why this pursuit of developing hotter and hotter peppers? And who is eating them?

For answers, it makes sense to go to the man responsible for developing both Pepper X and The Smokin' Ed Carolina Reaper (that's a trademarked name, by the way): Ed Currie. He goes by Smokin' Ed, and he describes himself as owner, president, mad scientist and chef at PuckerButt Pepper Company in South Carolina.

"For the general public, [hot sauce] is a condiment," Currie says. "People start with sauces like Tabasco, and they are good sauces, but they aren't really hot. People develop a tolerance for them, and they want something more."

Who Eats This Stuff?

A second group is made of the challengers — the people you see on YouTube or drawing a crowd at a fair. You'll often see them throwing up at the end of their videos. "What's making them sick is the gallon of milk they're drinking too fast, not the pepper," Currie says, adding that a pepper can't directly hurt you. "There's no actual heat in a pepper. The heat is a result of a chemical reaction that happens in your body, triggered by capsaicinoids in the peppers reacting with sensory neurons. Our bodies perceive the heat."

The third group? Well they are often people who are actually recovering from drug addiction. Capsaicinoids, of which there are about 22 to 23 types, trigger your body to release dopamine and endorphins, both of which result in a sense of euphoria — a rush.

Hot Peppers for Your Health

Helping people face medical challenges, like overcoming addiction, is what drives Currie's pursuit of peppers that contain more capsaicinoids. He started growing peppers in the '80s after learning that, in cultures where people eat hot peppers regularly with meals, there are lower incidences of diseases such as heart disease and cancer. "That would be awesome if peppers could help people through withdrawal," says Currie, who's been asked to provide peppers for medical research.

There are other potential medical benefits to hotter peppers, too, including improved sleep, vascular health, appetite control and improved metabolism. In fact, researchers in several countries are looking at how capsaicin and other compounds in peppers might even help fight obesity.

With the hope that peppers might be able to help people live healthier, you can see why Currie hasn't stopped tinkering yet — and he's vague about what's after Pepper X for PuckerButt. "We have a lot of surprises coming."

Now That's Crazy
A 34-year-old man was rushed to the ER with unusual "thunderclap headaches" after participating in a hot pepper contest where he ate one Carolina Reaper pepper. The high concentration of capsaicin in the pepper is thought to have constricted the blood vessels in the man's brain, causing the severe headaches.

Why Nerve Agent Novichok Is So Deadly

How to Negotiate a Medical Bill 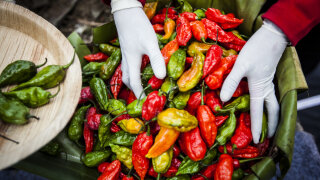 Can ghost peppers kill you? 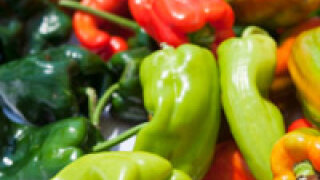