20 Things You Didn't Know About Popcorn 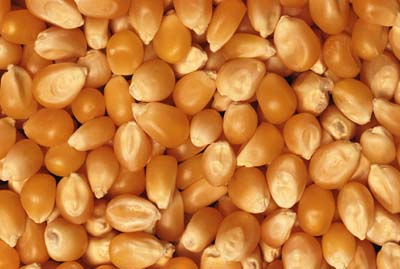 Foods Under $5 Image Gallery Native Americans believed that a spirit lived in each kernel of popcorn. See more pictures of foods under $5.

High in fiber, low in fat, and a tiny spirit in every kernel -- here are 20 things you didn't know about popcorn.

1. Popcorn's scientific name is zea mays everta, and it is the only type of corn that will pop.

2. People have been enjoying popcorn for thousands of years. In 1948, popped kernels around 5,000 years old were discovered in caves in New Mexico.

3. It is believed that the Wampanoag Native American tribe brought popcorn to the colonists for the first Thanksgiving in Plymouth, Massachusetts.

4. Traditionally, Native American tribes flavored popcorn with dried herbs and spices, possibly even chili. They also made popcorn into soup and beer and made popcorn headdresses and corsages.

5. Some Native American tribes believed that a spirit lived inside each kernel of popcorn. The spirits wouldn't usually bother humans, but if their home was heated, they would jump around, getting angrier and angrier, until eventually they would burst out with a pop.

6. Christopher Columbus allegedly introduced popcorn to the Europeans in the late 15th century.

7. The first commercial popcorn machine was invented by Charles Cretors in Chicago in 1885. The business he founded still manufactures popcorn machines and other specialty equipment.

8. American vendors began selling popcorn at carnivals in the late 19th century. When they began to sell outside movie theaters, theater owners were initially annoyed, fearing that popcorn would distract their patrons from the movies. It took a few years for them to realize that popcorn could be a way to increase revenues, and popcorn has been served in movie theaters since 1912.

On the next page, you'll find the rest of our list of things you didn't know about popcorn.

In this segment of our list on things you didn't know about popcorn, you'll find unique names for unpopped kernels and how much popcorn Americans consume each year.

9. Nowadays, many movie theaters make a greater profit from popcorn than they do from ticket sales, since for every dollar spent on popcorn, around ninety cents is pure profit. Popcorn also makes moviegoers thirsty and more likely to buy expensive sodas.

10. What makes popcorn pop? Each kernel contains a small amount of moisture. As the kernel is heated, this water turns to steam. Popcorn differs from other grains in that the kernel's shell is not water-permeable, so the steam cannot escape and pressure builds up until the kernel finally explodes, turning inside out.

11. On average, a kernel will pop when it reaches a temperature of 347 degress Fahrenheit (175 degrees Celsius).

13. There are two possible explanations for old maids. The first is that they didn't contain sufficient moisture to create an explosion; the second is that their outer coating (the hull) was damaged, so that steam escaped gradually, rather than with a pop. Good popcorn should produce less than 2 percent old maids.

14. Ideally, the moisture content of popcorn should be around 13.5 percent, as this results in the fewest old maids.

15. Popcorn is naturally high in fiber; low in calories; and sodium-, sugar-, and fat-free, although oil is often added during preparation and butter, sugar, and salt are all popular toppings.

17. Nebraska produces more popcorn than any other state in the country -- around 250 million pounds per year. That's about a quarter of all the popcorn produced annually in the United States.

18. There are at least five contenders claiming to be the "Popcorn Capital of the World" due to the importance of popcorn to their local economies, and only one of them is in Nebraska. They are Van Buren, Indiana; Marion, Ohio; Ridgway, Illinois; Schaller, Iowa; and North Loup, Nebraska.

19. Popped popcorn comes in two basic shapes: snowflake and mushroom. Movie theaters prefer snowflake because it's bigger. Confections such as caramel corn use mushroom because it won't crumble.

20. According to the Guinness Book of World Records, the world's largest popcorn ball measured 12 feet in diameter and required 2,000 pounds of corn, 40,000 pounds of sugar, 280 gallons of corn syrup, and 400 gallons of water to create.