What are ancient grains? 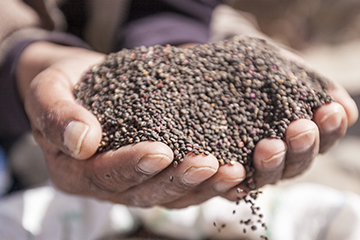 You may not be used to seeing the word "ancient" associated with anything intended to be eaten. But ancient grains are nothing to run from; increasingly more people are flocking toward their unique flavor and nutritional punch. Often referred to as super grains or heritage grains, they can be eaten as breakfast cereals, used for baking, or even simply toasted or tossed on a salad [source: Jolly].

Unlike modern grains, which have both evolved and been cultivated over time to increase farming yield and improve product shelf life, ancient grains are still planted and harvested in the same manner they were several thousands of years ago. Many ancient grains are physically too small to be refined – a process that separates the outer bran from the inner germ. As a result, ancient grains retain more of their original health benefits: vitamins, minerals, fiber, protein and antioxidants [source: NPR].

Additionally, many ancient grains are naturally gluten-free, appealing to the increasing number of people who follow a gluten-free diet.

While there is no strictly defined list of what grains count as "ancient," we've listed some popular choices.

If you're looking for ways to add more nutrients to your diet, try sampling some of the staples that our ancestors enjoyed.