by Shaun Chavis Jun 13, 2019
Canned food is super convenient, but not always as nutritious, or delicious, as fresh. NoDerog/getty

Let's face it: Some canned vegetables are so very different from their fresh forms (think: asparagus and beets!) that plenty of kids grow up swearing off otherwise delicious foods forever. So it's no surprise that canned foods have a bad rap.

But the bad reputation goes beyond just the food that comes inside those cans. It's also because of things like the growth of farmers' markets in the last 20 years; influencers like California's Alice Waters and Michael Pollan, who've encouraged eating locally-raised fresh foods over processed foods; BPA linings; and scary accounts of things like botulism told by well-meaning grandparents.

So the million dollar question: Is that bad reputation deserved?

First let's back up and talk about canning foods as a whole. Canning was born out of a search for convenience and efficiency. A French candy maker and chef, Nicolas Appert, developed the process at the end of the 18th century. His original process isn't very different from the canning methods used today.

Appert put food in bottles and jars, covered them with cork and wax, and processed the jars in boiling water. The French government paid Appert to make his process public, and that led to the first cookbook on canning. Appert's process spread quickly. Not 20 years later, the British Navy fed sailors the first meat, soups and vegetables that were canned in tin instead of jars.

In the 1950s, commercially canned and other packaged foods were introduced as nutritious, time-saving modern conveniences. A popular cookbook, The Can-Opener Cookbook by food editor Poppy Cannon, promised readers they could open some cans and cook a gourmet meal without really knowing how to cook. (The recipes included roast canned chicken flambé with black cherries — made with a whole canned chicken — and another meal made of canned hamburgers covered with fried onions and red wine, baked in a casserole dish for 20 minutes.)

Canned food was promoted and seen as better than fresh, especially as industrial agriculture began to incorporate more fertilizers and chemicals. The author of The Can-Opener Cookbook wrote that the flavor of fresh tomatoes was bad, and that for real tomato flavor, you should open a can.

Fifty-ish years later, canned tomatoes are still an off-season go-to for tomato lovers and cooks. And there's no beating the convenience of a can of beans, already cooked and ready to go into a salad, soup, dip or another dish.

Many manufacturers of canned foods have replaced BPA linings with BPA-free materials, such as polyesters, acrylics and PVC.
97/getty

The Process of Canning Today

From a nutrition standpoint, the canning process today is designed to preserve as many nutrients as possible. Canning happens within hours after fruits and vegetables are picked.

"Fresh fruits and vegetables are harvested at the peak of ripeness and canned within only four hours, sealing in their nutrition and flavor," Sherrie Rosenblatt, vice president of marketing and communications at the Can Manufacturers Institute, says in an email. "The proximity of field to packaging facility, and the efficiency of modern canning facilities locks in nutrients at the peak of ripeness just hours after harvest."

The heat from canning does decrease some of the water soluble vitamins, like Vitamins B and C. What can make canned food bad nutritionally is salt and sugar added during the process. (Experts suggest rinsing canned food to reduce some of the added sugar and salt, or buying low-salt and low-sugar products.) And, of course, the cooking that happens during canning changes the texture of vegetables — regrettably so in the case of those canned asparagus.

But that heat is a plus when it comes to food safety. Remember we mentioned our grandparents' stories of botulism (and aversions to dented and swollen cans)? Well those are based in real fear of death. Botulism is caused by a bacterial toxin so deadly, just a millionth of a gram is enough to kill. And the United States and other countries even explored botulism as a biological weapon during World War II.

C. Botulinum spores are everywhere, but people associate botulism with canned foods because the bacteria reproduce in low oxygen environments — like a poorly processed can. Today, commercial canned foods go through what's called a botulinum cook, a high-heat cook that dramatically lowers the chance that any C. Botulinum spores — or other organisms that can cause foodborne illnesses — survive.

The most recent concern about canned foods, however, isn't the food; it's the cans and what they're lined with, including Bisphenol A (BPA). Over the past two decades, public attention has focused on BPA, the chemical used to make polycarbonate plastics and epoxy resins. In 2008, the U.S. government's National Toxicology Program concluded there was concern about its effect on our brains, behavior, and prostate glands of fetuses, infants and children. Other studies have linked BPA to cardiovascular disease, obesity, asthma and diabetes.

BPA exposure is widespread; the Centers for Disease Control found BPA in 93 percent of the urine samples of more than 2,500 people aged 6 and older. BPA can leach from containers (including cans) into food and drinks, and so plastics and canning manufacturers have worked to develop replacement materials.

The Can Manufacturers Institute says more than 90 percent of food cans today are lined with new, BPA-free materials, such as polyesters, acrylics and PVC. (That 90 percent figure just refers to food cans — it doesn't include canned drinks or bottle caps.)

"Major food companies have been moving over to polyester and acrylic linings in an attempt to get rid of the BPA in their cans. However, the safety of some of the substitutes being used is still up for debate," Nidhi Ghildayal, Ph.D., an infectious disease specialist at the University of Minnesota School of Public Health, says in an email. For example, PVC is made from vinyl chloride, a known carcinogen.

Sarah Geller, a senior research and database analyst at the Environmental Working Group, agrees. "We don't have a lot of data about how these materials are used because the formulas are protected by trade secrets," she says. "And even though cans with newer linings can help you avoid endocrine disruptors, they may not be good for the environment. Some materials don't degrade."

If you're concerned about contamination from canned foods, Geller recommends using fresh, frozen or dried food instead of canned. But if you simply can't get away from the convenience of canned foods, absolutely don't heat the food in the can. Finally, some compounds, including BPA, have become such pervasive contaminants in the environment that it's getting harder to avoid, no matter what your food is packaged in. "Detectable amounts of BPA may make it into otherwise BPA-free cans from other sources, including the food itself," Geller says.

Now That's Interesting
Even though food was canned in tin cans around 1813, it took about 40 years for someone to invent a can opener. Can openers for home use didn't become popular until the 1860s. Before then? Hammer and chisel.

The Brown Recluse Spider: Its Reputation Is Worse Than Its Bite

How Pentecostal Churches Took Over the World 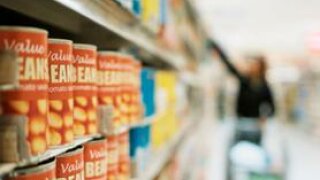 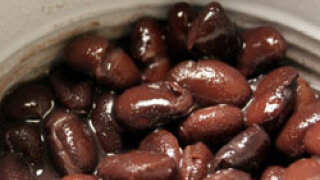 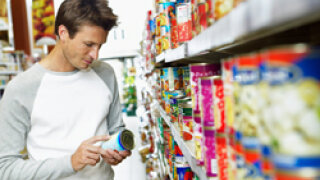 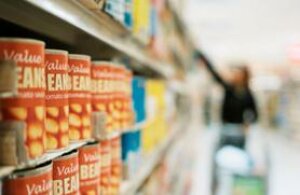 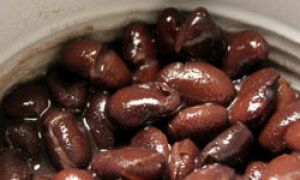