Did Quinoa Get Too Popular for Its Own Good?

by Alia Hoyt Nov 5, 2018
Bags of quinoa and kale puffs and other vegan chips lie on a shelf at a Veganz vegan grocery store on Feb. 2, 2018 in Berlin, Germany. Is quinoa too popular? Is there such a thing? Sean Gallup/Getty Images

Quinoa has caused quite a lot of confusion during its short tenure on the worldwide scene. Raised for thousands of years in the Andean Mountain region of South America, it's only really blown up worldwide over the last decade. The UN's Food and Agriculture Organization declared 2013 "the International Year of Quinoa" giving the crop a big boost on the world stage. The declaration was intended as a way to highlight crops that were unknown or forgotten (at least to the wider world) as a way of promoting food security. These crops are often referred to as "orphan crops."

But along with quinoa's rapid ascent to the top of the health food chain came news reports that local populations in Peru and Bolivia could no longer afford to buy it as the prices had doubled or tripled.

So what's the truth about that? Let's clear up some commonly asked questions about quinoa (by the way, it's pronounced KEEN-wah. You're welcome.)

Quinoa cooks like rice, and looks sort of like couscous. But what it lacks in appearance, it makes up for in nutritional quality. "Quinoa is a pseudo-seed that has an excellent protein profile (contains all essential amino acids) and it's also gluten free," says Amy Longard, plant-based chef and registered holistic nutritionist in an email interview. Quinoa is also full of iron and fiber; it's considered a vegetable but eaten like a grain. "Its emergence into the mainstream food scene was likely propelled and magnified by the clean eating movement which encompassed a spike in plant-based eating (vegetarian and vegan sources of protein) and cutting out gluten," she adds.

Is It Hurting the People Who Grow It?

A couple of professors sought to determine once and for all whether this is actually the case. So, they culled through years' worth of data (2004-2013) from a national Peruvian survey to find out how the seemingly worldwide quinoa frenzy affected the quality of citizens' lives. Although most of them aren't going to be rubbing elbows with the Kardashians anytime soon, their circumstances seem improved.

"In most cases, we find that rising quinoa prices have modestly increased the welfare of both quinoa producers and quinoa consumers in Peru," emails researcher Marc F. Bellemare, associate professor of applied economics and director of the Center for International Food and Agricultural Policy at the University of Minnesota. "At worst, we find a small decline in welfare in some regions, but that decline is almost nil at less than 1 percent of total welfare."

Bellemare notes that "welfare" is defined for their purposes as the value of a household's consumption expenditures. "Since consumption tends to be a function of income, consumption is a good proxy for income," he explains.

So, It's All Good News for Quinoa, Right?

Not necessarily. There are a couple of concerns that could still affect the people who originally grew quinoa. "The first is that once the price of quinoa fell back down to its pre-2010 level in 2014, many small producers told us they were holding on to their grain in the hope that the price would spike back up," Bellemare recalls. "But this is highly unlikely to happen considering that with the quinoa price spike in 2013, many new producers got into the quinoa production game, which lowered the price — probably permanently unless there is a new spike in the international demand of quinoa."

The other problem is an issue of maintaining biodiversity. "The varieties of quinoa that we consume in the U.S., the U.K., and other wealthy countries tend to be few (e.g., white, red, and black quinoa). In truth, there are over 100 varieties of quinoa grown in Peru," Bellemare says. "This means that we are at risk of losing some quinoa biodiversity; if producers are interested in selling for the export markets, they have an interest in growing those few varieties that foreign consumers want."

The phenomenon isn't exactly new, however. "We have seen this 'convergence' toward a few varieties happen for many other commodities," Bellemare says. "Perhaps the best example is how most people think of the Cavendish banana as the archetypal banana when, in fact, those of us who have traveled to countries where bananas are grown know that are many, many varieties of bananas that look nothing like Cavendish."

That's why organizations like Biodiversity International have piloted programs to give native farmers incentives to grow the less in-demand varieties of quinoa.

Will Quinoa Ever Wear Out Its Welcome?

It sure doesn't look that way. Where it used to be limited to health food stores and vegan restaurants, quinoa is showing up on mainstream menus now in place of rice or pasta, as part of main entrees, as breakfast cereal or even added to soups and salads. "Although it may seem like a trend or hot time for quinoa, it's going to be a permanent fixture," Longard says.

Now That's Cool
Looking for the next big thing in nutrition? Plant-based chef Amy Longard thinks it's alternative proteins like pulses (lentils, beans, chickpea, etc.) and "clean meats" (meats that are cultured or lab grown). "Seaweed and algaes are likely the close runners-up, offering a sustainable and nutrient rich food source," she says.

The Milky Way Is a Cannibal

How to Deep Fry a Turkey 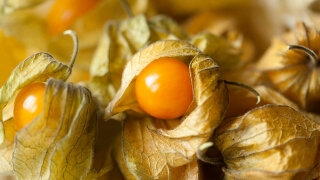 Rare Groundcherry Could Soon Be Everywhere, Thanks to Gene Editing 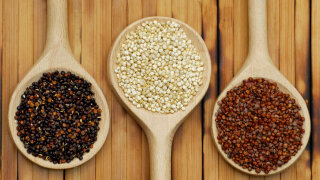 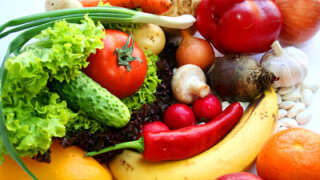