Browse the article Ultimate Guide to the Jura Wine Region 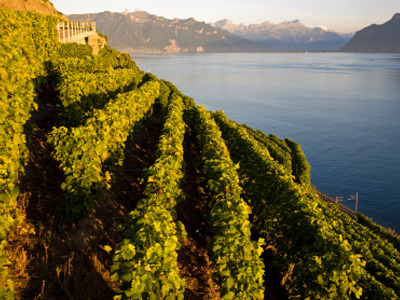 Although the Jura region is capable of producing a wide selection of wines, its output is dominated by Chardonnays, a worldwide favorite. See our collection of wine pictures.
©iStockphoto.com/Lucyna Koch

Tired of sticking to the same old merlot you usually buy? Surely, one of the greatest pleasures of wine drinking is tasting new types of wine, where so many distinctions in taste are discernible. Those distinctions can be due as much to where the wine was made as which grapes are used to create it. For the devout enthusiast, soil, temperature and humidity of the region in which the grapes are grown can also play a large role.

The Jura region is one of many regions in eastern France that produces world-class inimitable wines. The region is situated south of Lons le Saunier and north of Arbois, in the western hills of the Jura Mountains. Only 50 miles (80 kilometers) west of another renowned wine region, Burgundy, the Jura Region is France's smallest wine cultivating area, at roughly 4,000 acres (1,600 hectares) [source: Lorch].

­The Jura region is capable of producing a wide selection of wines. More than any other style, the Jura region's output is dominated by Chardonnays, a worldwide favorite. However, the region also produces an assortment of sparkling wines, Sauvignons, Trousseaus and Pinot Noirs. Although it isn't produced in as high a volume or frequency as other varieties, the Jura region's most famous wine is the Vin Jaune. [source: French Wines]. This peculiar, bright yellow, sherry-like wine seems to inspire a love it or hate it response. For those who enjoy it, it's described as having a nutty, bold flavor. Those that hate it also describe a bold -- and bad -- nutty flavor, but unfortunately, it's the flavor of spoiled nuts.

In addition to the Vin Jaune, the Jura region is also notorious for the array of colors in its grapes. This color dissimilarity often leads to distinctive wine colors, including white wines that come out any where from green to dark orange. Similarly, the red wines often appear pink or bright red.

Natives to the Jura region, especially in the chief village of Arbois, have been producing wines in the region since the 13th century. And while they've certainly improved on the practice over the centuries, some of the traditions remain the same. Much like their ancestors, today's citizens of the Jura region are fond of red wines cultivated from the Poulsard grape, a native to the Jura region [source: UK Wines Online].

Much like the Poulsard grape, Vin Jaune is also unique to this region, and holds a special place in the culture of the native people. Every February, a different village in the Jura region hosts the Percee du Vin Jaune. The weekend festival is a celebration of the unique wine and the particular region in which it is produced. Though the weather is often dreary, tens of thousands of people attend the festival annually. The culmination of the festival occurs on the final day, when the first barrel of the yet-to-be released Vin Jaune is opened [source: Lorch].

Throughout the festival, the entire village is overwhelmed with wine producers, enthusiasts, critics and locals. Due to the regional specifics required to make Vin Jaune, most of the producers call the Jura region their home, and, with the exception of the harvest season, the small town atmosphere remains and visitors can tour the vineyards without scheduling an appointment in advance. Because Vin Jaune is not readily available in most of North America, many connoisseurs plan trips to visit the festival, as most of the producers offer hefty samples of nearly all of their wines, including the relatively obscure Vin Jaune [source: Lorch].

Wine isn't all France's Jura region has to offer. In addition to the Vin Jaune and Poulsard grapes, the Jura region is also known for its fine cheeses, especially its Gruyere and Comté. [source: Hertzman].

So what makes the Jura region so special? Why is this the place where Poulsard grapes grow, or where the Vin Jaune, among other wines, has such a distinct taste and flavor? In short, it's the unique soil and continental climate of the Jura region. The region is set in the foothills of the Jura Mountains and the diversity of the landscapes, from mountains and foothills to vast valleys and basins, affects the type of grapes that are cultivated and how those grapes will taste.

The region has a mild and moderate northern climate that gives the region exposure to sun, snow and rain. The clay-limestone soils, which include marl outcrops and well-preserved fossils, similarly provide a unique variety of nutrients in the region's soils. Depending on the elevation and landscape, the concentrations of these minerals and nutrients can vary [source: French Wines].

Due to the variation in landscape, soil, elevation and rainfall in the Jura region, it can be split up into four smaller districts: Arbois, Cotes du Jura, Etoile and Chateau-Chalon. Just about any of the wine grapes in the region can be successfully cultivated in the Arbois and Cotes du Jura districts, while Etoile is predominantly known for its ability to produce fine white wine grapes. The Chateau-Chalon district, on the other hand, is used exclusively for the production of Vin Jaune because of the district's many caves, which are essential in Vin Jaune's special fermentation process [source: Lorch].

The Jura region gets its name from the adjacent Jura Mountains, which stretch from eastern France along the border of France and Switzerland, where they merge with western branches of the Swiss Alps. The Jura Mountains is also the location where rocks from what is now known as the Jurassic period were first studied [Source: UC Berkeley].

The Jura region is most famous for its Vin Jaune, a white wine made from very ripe Savagnin grapes. Once harvested, the traditional forms of fermentation are implemented before being transferred to burgundy barrels and placed in a cave, attic, cellar or any location that will allow for ample ventilation and fluctuations in temperature. The barrels will remain in the designated locale for at least six years, during which time they are regularly monitored for taste and acidity. Most barrels intended to produce the notorious Vin Jaune don't make the cut, and are instead used in a blend to produce a chardonnay or are sold as a Savagnin white wine. The perfect Vin Jaune is said to have hints of ginger, walnuts and honey, with occasional notes of curry [source: Lorch].

The chardonnay of the Jura region is also said to have a uniquely "nutty" taste. Chardonnay is the most popular wine grape in the region. It can be used to produce a white wine or a sparking Crémant. The chardonnay white wines of the Jura region are often stored in oak barrels after fermentation and, consequently, carry strong oak notes the longer they remain in the bottles. Some of the more creative producers in the region experiment with different barrels and aging techniques, but often release their wines at a young age when they still hold the mineral-like taste of the soils in which they grew [source: Lorch].

Finally, red wines produced from Poulsard and Trousseau grapes are also prevalent in the Jura region. These wines are usually served at dinner and pair well with the tastes of the region's cheese and sausages.

Due to the unique fermenting and aging techniques used in the production of Vin Jaune, the French wine is bottled exclusively in a 21-ounce bottle called a clavelin, which is not easily imported into the United States [Source: Glusker].